Between traffic and new construction, Seattle can feel like an obstacle course. But there’s another issue rooted deep in Seattle culture, that came before hyper-growth: Terrible driving. 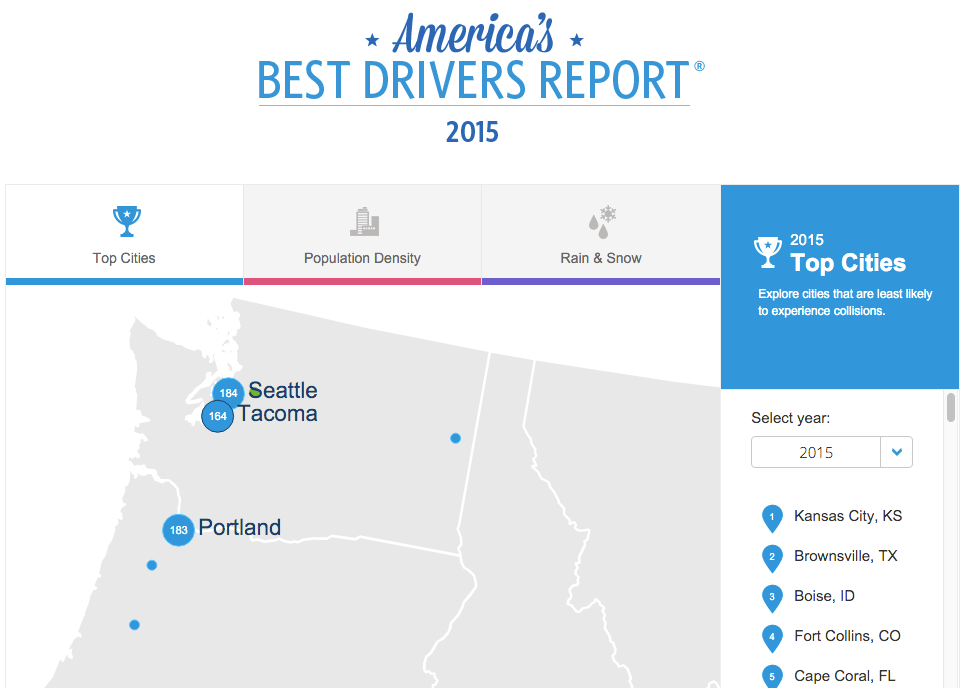 It’s something locals have known for years and a new study from Allstate has confirmed. Seattle drivers are just the worst. Emerald City motorists ranked 184th on Allstate’s Best Drivers Report, just 16 spots from dead last.

Now, you might think that despite being poor drivers overall, Seattleites benefit from their experience driving in wet conditions. But you’d be wrong. Seattle’s rain and snow ranking is 183.

Seattle’s neighbor to the south, Portland, didn’t fare much better. Rose City drivers scored a 183 on the list.

Allstate crunched the numbers based on average years between accidents and relative accident likelihood. The report also notes how drivers fare, on average, in difficult conditions. Read the full list here.