Seattle councilmember Tim Burgess is preparing to introduce a set of regulations for residents that rent out their homes and apartments on services like Airbnb.

Burgess today wrote a blog post outlining his views on how the city should regulate online rental platforms like Airbnb and VRBO, which he says “just might provide enough financial incentives to cause homeowners to switch long-term rentals to short-term vacation rentals” if the government doesn’t step in.

“The number of short-term rentals available through these platforms has been rapidly increasing and there are now spin-off businesses that make it easier for individuals to manage short-term rentals,” wrote Burgess, who chairs the Affordable Housing, Neighborhoods & Finance committee. “At a time when we face a shortage of affordable rental housing, this issue deserves a closer look.” 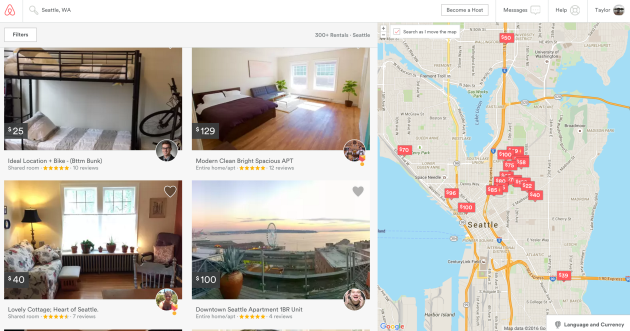 Burgess, who is following up on the Mayor’s Housing Affordability and Livability Agenda recommendations, wants to make sure there is balance between the “economic opportunity created by short-term rentals with the need to maintain supply of long-term rental housing stock available at a range of prices.”

The Stranger published a good piece last week that gets at this particular issue, with some landlords accused of evicting long-term residents so they can make more money by renting out their properties on sites like Airbnb.

Airbnb, however, reported last month that most rentals available in Seattle are home-shares, not complete units, and that 60 percent of hosts claim that Airbnb lets them afford to stay in their homes. The San Francisco-based company, valued at more than $25 billion, also said that half of its home listings in Seattle are rented on a short-term basis for less than 30 days per year, while 80 percent are rented short-term for less than 90 days per year.

Burgess laid out some of his “guiding principles” as he works with his fellow councilmembers on regulatory legislation:

In October, Airbnb announced that it would collect taxes on behalf of hosts in Washington state. In the past, Airbnb has come under fire in other major markets, like New York City, for not being held to the same tax standards as hotels. Several cities in other states and countries also have tax relationships with Airbnb, including Amsterdam, Chicago, Malibu, Oakland, Palo Alto, Paris, Philadelphia, San Diego, San Jose, and Washington D.C.