The company will use the money to expand its open-source efforts, add functionality to its products and increase the number and type of devices it can control, said founder and CEO Alexandros Marinos in an interview.

“It’ not a trivial matter to build a decent open-source project,” Marinos noted.

The Internet of Things (IoT) is growing, as retailers use centralized industrial lighting systems in hundreds of stores, manufacturing firms track inventory in real-time, and home detection and control devices proliferate. The number of internet-connected devices worldwide will hit 16 billion by 2018, exceeding the number of PCs, phones and tablets combined, according to Business Insider figures provided by Resin.io. Yet the number of developers working on the embedded systems powering those devices is minuscule: only 600,000, versus 8 million web developers and 9 million mobile developers.

“The market can’t really grow unless technology lets mainstream developers build for devices,” said Bryan Hale, Resin.io’s president, during the interview. Resin.io lets device owners corral all their connected devices into a unified console, enabling developers to iterate faster, securely push updates or patches to hundreds or thousands devices at once and monitor the health of their device fleet, the company said in a release.

Resin.io offers some tools for developers, and a lightweight Linux OS that runs on devices, but essentially it concerns itself with pushing updates to the devices and monitoring their behavior. Developers can use whatever tools and languages they want, so long as when code is pushed, it uses a Linux container. Resin.io uses AWS and the Docker registry to store and distribute  images.

This funding round brings the company’s total capitalization to $11 million. DJF provided most of the first round, in late 2014. 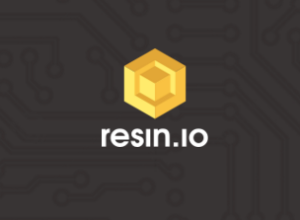 The headcount at Resin.io, which was founded in 2013, has risen to 30, up from 25 in December. Most of the staff are developers. Marinos started the company in London and then moved it to Seattle in October 2015. In an unusually international arrangement, six staffers work in Seattle, with other employees in London, Athens and elsewhere across 17 time zones.

Resin.io has “a few dozen” paying customers, Hale said. He declined to provide revenue figures or to reveal whether the company is profitable, saying only that it is “scaling nicely.”