Pokémon is closing in on a big new office lease that would up its U.S. presence in Bellevue, Wash., already home to its North America office. 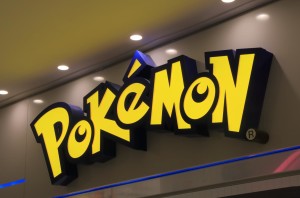 Alex Wheatley, a vice president in real estate brokerage Kidder Mathews’ Bellevue office who is not working on the deal, put the size of the new office at about 80,000 square feet, an increase from the 60,000 square fee Pokémon occupies today in Bellevue.

The Pokémon move is part of a game of real estate musical chairs. When Pokémon leaves its current space at Key Center in Bellevue, Concur Technologies will be there to pick it up. Concur just completed a lease for two of Pokémon’s floors in the building, giving it approximately 288,300 square feet there, or just a hair under 60 percent of the building, said Al Kinisky, the company’s senior director of global commercial real estate. Pokémon will also give up a 15,000-square-foot space in Key Center it is sub-leasing when it moves to Lincoln Square.

The Lincoln Square expansion project has been a popular destination for gaming companies. Valve took the first big chunk of space in the building, confirming long-reported plans to lease nine floors in the building in August. That was followed by co-working giant WeWork, which confirmed plans to take about 80,000 square feet in the building.

But it’s not just the Lincoln Square building where tech companies are landing. In October, GeekWire reported on Amazon.com’s expansion in downtown Bellevue, which consists of all 354,000 square feet of office space at Schnitzer West’s Centre 425 project.

Pokémon teamed up with Google spinout Niantic to create one of the biggest phenomena of the year with Pokémon Go. Though the craze has slowed since its peak in the summer, when parks and other public places overflowed with players scrounging for Pokémon on the augmented reality game, it remains the biggest game for Android in 2016. But with the game’s momentum slowing, Pokémon and Niantic are reportedly set to unleash a massive update this month.