In 2014, when former Boeing engineers Daniel Daoura and Nick Pearson-Franks launched Pebblebee, they marketed their flagship product as the most “secure and feature rich bluetooth personal motion tracking device tag.” Four years and many lessons later, they’re launching a next-generation device with a simpler approach. 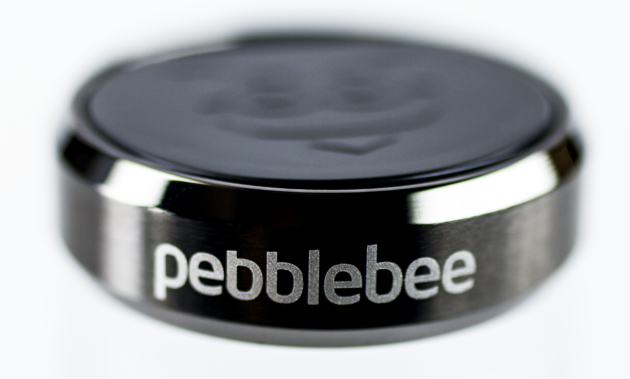 “As engineers, we came up with all kinds of features and tricky things we could do but it was more confusing for the public, as a whole,” said Pearson-Franks. “It was overwhelming to some people and if it’s overwhelming they think it doesn’t work, because they don’t get it.”

The original Pebblebee still managed to blow way past its original Kickstarter goal of $30,000, raising $218,000 in 2014. That funding plus presale orders generated about $600,000, according to the co-founders. With that cash, they rolled out the Pebblebee Honey tracking device.

Since then, the startup has collected feedback from customers, invested revenue back into the business, and developed their next-generation tracker, the “Pebblebee Finder.” Just like the Pebblebee Honey, the new gadget has surpassed its Kickstarter goal of $10,000, raising more than $80,000 as of today.

The device features a new, longer-lasting battery, an LED light that flashes when a user is searching for it, and a loudspeaker to help locate items. The new Pebblebee still uses its signature “Range Finder,” a feature that pings your smartphone when you’re 200 feet from the tracker. In other words, if you leave your keys on a pub crawl, Pebblebee will notify you on the way to the next bar.

The location feature also now works when the app is not running. But the new version of Range Finder is simpler than the previous one. Pebblebee has also done away with its range alerts in predefined locations. Now the tracking functionality simply works everywhere, alerting a user when the device goes out of range.

“It was just too complicated,” said Daoura of the previous approach. “Some people liked it but it was only like 2 to 3 percent of our customers.”

Design was also a high priority for Daoura and Pearson-Franks when they went back to the drawing board. The Pebblebee Finder has an elegant new look, with a stainless steel ring for improved durability that comes in gunmetal black, rose gold, and silver.

“We wanted a sleek, sexy design that was pleasing to the eye and felt great in the hands,” they say on their Kickstarter page. “It was important that our Finder looked as if it was meant to be there.”

The design and brand awareness of Pebblebee products are key to standing out in the crowded device-tracking space, according to Daoura. In addition to the new look, Pebblebee 2.0 features a simplified app and improved UI, which Daoura says was an area in need of improvement in the original iteration.

Pebblebee now has 15 employees working out of the startup’s Bellevue, Wash. office. For the past two months, Daoura and Pearson-Franks have been meeting with angel investors, seeking to raise $2 million on top of the Kickstarter campaign. They plan to use the cash infusion to bring on a sales and marketing team and invest in their business-to-business offerings.

The co-founders say they’re often approached by other businesses to design custom solutions and platforms. The new investment would allow them to build out the B2B side of their business.

Separately, the new Pebblebee Stone will begin selling in Best Buy stores this month. The startup plans to launch additional products in the coming months.