Microsoft just unveiled an all-in-one desktop computer, the Surface Studio, featuring a 28 inch PixelSense display, part of the “thinnest desktop monitor ever created,” in the words of Panos Panay, the company’s devices chief.

The PC features a mic array that integrates with the Cortana personal assistant, and Microsoft apps including Wunderlist. 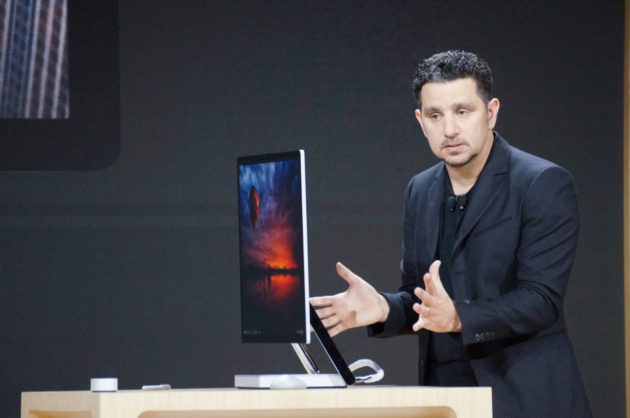 Panay showed the ability to easily tilt the display and position it diagonally for inking and touch. The idea is to make it possible to quickly transition the Surface Studio from traditional desktop usage to more of an oversized tablet. 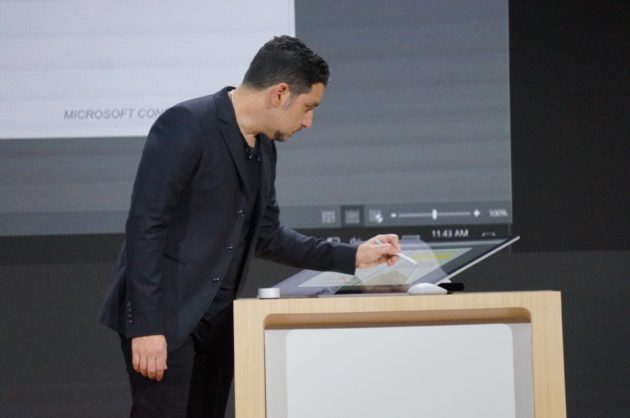 Among other features, the Surface Dial can be spun to “replay” the scrawling of ink on the screen to show how it was written. It can also be placed on the screen as a different way of interacting with software. The dial will also work with the Surface Book and the Surface Pro 3 and Pro 4, Panay said.

The Surface Studio will start at $2,999, available for pre-order starting today. It will be available in “limited quantities this holiday,” Panay said.

The company showed the Surface Studio at an event in New York City, which is ongoing. It’s part of an effort by the company to breath new life into the PC market, which still drives a large portion of its revenue despite stagnant PC sales in recent years.

Microsoft also unveiled a revamped version of its high-end Surface Book laptop, which the company unveiled last year. The new version with a Core i7 processor will start at $2,399, available for preorder starting today and shipping in November.