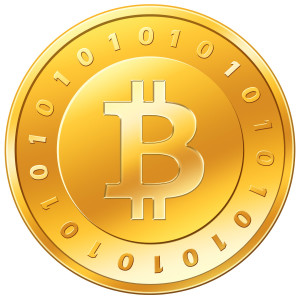 Update, 1:30 p.m., March 14: After saying that it will no longer accept Bitcoin in the Windows Store, Microsoft has reversed course.

The company issued the following statement this afternoon. “We continue to support Bitcoin for adding money to your Microsoft Account which can be used for purchasing content in the Windows and Xbox stores. We apologize for inaccurate information that was inadvertently posted to a Microsoft site, which is currently being corrected.”

A Microsoft spokesperson confirmed, “the Windows Store has and will continue to accept Bitcoin.”

Earlier, the Windows Store FAQ page offered the following message, which has now been removed: “You can no longer redeem Bitcoin into your Microsoft account. Existing balances in your account will still be available for purchases from Microsoft Store, but can’t be refunded.”

It’s not yet clear how or why the message was inadvertently posted on the FAQ site. It was only 15 months ago that the company announced it had arranged for Bitcoin users to buy apps, games and videos from its online stores.

Last summer, an Expedia executive revealed that a year after the travel-booking site began accepting Bitcoin, purchases using the currency were down 40 percent. Why Bitcoin may be struggling to gain popularity is unclear but it has struggled with several important factors, including technical issues.

According to a report in The Register, there are reports that “transactions in the script are taking as much as a dozen hours to settle.”

In Russia, lawmakers are considering an outright ban of Bitcoin that could also require fines and jail time for anyone transacting with the currency.

In December 2014, when Microsoft announced it would accept Bitcoin, it was hailed as a huge boost for the currency’s credibility. Microsoft was the largest company to adopt it to that point. But even then, Microsoft’s Bitcoin offer was only a baby step.

Microsoft does not accept Bitcoin payments directly. The software company contracts with BitPay, a payment processor. That company accepts Bitcoin and then transfers cash to Microsoft. The same goes for Expedia and many of the other companies that advertise accepting Bitcoin.

Even with Microsoft’s change of course, the currency appears to have a long way to go before it becomes a legitimate rival to dollars.