But as reliance on cloud-based vendors for APIs increases, so does the potential for technical difficulties that ultimately frustrate consumers trying to consume content.

One year after leaving his post as co-CEO of ThePlatform, Marty Roberts has teamed up with other technology veterans to launch a new Seattle-based startup.

Wicket Labs acts as a middleman between premium video production companies and the multiple third-party API vendors they use to deliver their content to a viewer. Unlike many existing startups, like fellow Seattle startup APIMetrics, Wicket Labs’ tool is not built for developers and engineers who create APIs, but rather the content companies who need to keep track of them. 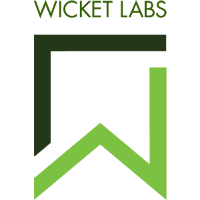 Roberts told GeekWire that the 50 largest media companies across the U.S. and U.K use 14 different third-party APIs, on average, for tasks ranging from managing advertising content to processing payments. They are also updating these APIs on a daily basis — even multiple times a day, in some cases.

Roberts said the idea for Wicket Labs initially came about when he was working in leadership roles at Comcast-owned ThePlatform, an online video management service. He noticed many media companies calling about a consumer-reported problem with a website or app related to a “mission critical” API. But there was often little or no information about the cause or root of the issue, which varied depending on the company.

“Why were these big companies letting consumers report the problem?” Roberts wondered. “Why was it taking so long to figure out? Why weren’t there more details about it?”

Following his departure from ThePlatform, Roberts teamed up with Eric Knutson, a former Rhapsody and RealNetworks executive, and Larry Hitchon, a veteran software engineer, to help build Wicket Labs.

The new startup offers customers an automated dashboard that surfaces a detailed real-time status of each API in an easy-to-digest format. The idea is to help customers quickly identify problems; facilitate better conversations for faster resolutions; and provide a sandbox for user acceptance testing.

“It gives a customer an understanding of what’s working and what’s not across their client experience, based on the vendors they rely on,” Roberts explained.