There’s a “new, new” name in the invention business: Xinova, a company that’s been spun out from Intellectual Ventures and is now in the midst of reinventing itself.

Xinova used to be known as the Intellectual Ventures Invention Development Fund. For the past decade, it’s played a key role in the company that technology pioneer Nathan Myhrvold founded to develop and manage intellectual property.

In May, IDF was transformed into an independent company, joining other IV spin-outs such as TerraPower, Kymeta and Echodyne. Its CEO is Thomas Kang, formerly of Seoul Securities. The company is getting ready to move from its current digs in Bellevue, Wash., to downtown Seattle.  And today it was officially rechristened with a name that blends the Chinese word for “new” (xin, or 新) with the equivalent word in Latin (nova). 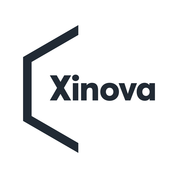 “This is really an attempt to say it’s a new organization, and it’s new to innovation, if you like – a new innovation network that really crosses all the different markets, East and West,” said Paul Levins, Xinova’s executive vice president and global head of partnerships.

Xinova (pronounced “zin-nova”) has about 75 employees, but it draws upon a global network of thousands of inventors.

Here’s how it works: Xinova’s customers pose the challenges they want solved – for example, an easy way to tell whether a cow is stressed out. Xinova puts the call out to the invention network, and inventors propose ways to address the challenge.

When inventors’ ideas are adopted, Xinova gives them an upfront payment and works out a profit-sharing arrangement. Typically, Xinova pays development costs, patents the idea, manages the intellectual property and works out the deal with the end customer. Here’s a new video from the company.

In the case of those stressed-out cows, Seattle inventor Michael Manion came up with the solution: “smart tattoos” that can be applied to the cow’s ear or nose, and that change color depending on blood flow. Blue means the cow is contented, red means it’s stressed. Other parts of the tattoo can show whether the cow is pregnant, or has a fever.

Manion estimates that he’s submitted more than 200 inventions to Xinova, and about 30 percent of them have been taken on. His work for Xinova accounts for roughly three-quarters of his revenue at Keon Research, the company he founded. That’s not a bad gig for a guy who’s been tinkering with things since he was 10.

Some inventors work through open-innovation platforms like Innocentive and NineSigma, but Manion says those aren’t for him.

“I’m never going to do any more work with those organizations,” he said. “It’s a waste of time for us, because they don’t work with us the way these guys [at Xinova] do. These guys, they water the whole garden.”

Intellectual Ventures has a reputation for buying up patents and leveraging them aggressively – but Levins said the “patent troll” label is unwarranted in Xinova’s case, especially since the spin-out.

The endgame includes inventions such as surgical devices to repair diverticulitis, pelvic fractures and off-kilter vertebrae; washing machines that clean your clothes with ultrasound; shoe inserts that tell you how to improve your stride; and “transformative snacks” that take mouthfeel and packaging in new directions.

A Seattle-centric startup now called CF Global takes the stuff that coffee growers typically throw away – the pulp from coffee cherries – and turns it into a nutritious high-fiber flour. There’s no coffee taste, and the caffeine content is roughly equal to that of dark chocolate.

Xinova started investing funds and expertise in CoffeeFlour about four years ago – much as a venture capital firm would, but at an earlier stage of product development. Xinova paid for and managed the patenting process, and helped line up other investors and business partners. In exchange, Xinova owns a piece of CF Global and its intellectual property.

“I would say there was a large risk on their part in the early stages,” CoffeeFlour inventor Dan Belliveau recalled. “There were a lot of unknowns, because when you opened the book of coffee cherry pulp, it was empty. There were no chapters in it, not even a preface. … Paul’s team was instrumental in grasping it and saying, ‘Let us start to network you with people we know, to see if this has more legs.'”

Now CF Global is forging deals to get CoffeeFlour to market. It’s already available online via Nuts.com and Marx Pantry, and at Marx Foods in Seattle’s Queen Anne neighborhood. It’s an ingredient in fancy candy bars from Seattle Chocolates. Soon it’ll show up in a gluten-free bread mix from Bob’s Red Mill. And if Belliveau offers you a glass of dark tequila infused with CoffeeFlour, don’t gulp it. Sip it.

CoffeeFlour is just starting to perk up, but Levins already sees it as a success story. And he sees Xinova as the vehicle that can carry these kinds of innovations to market, sometimes along unexpected routes.

“We’re seeing it every day,” Levins said. “I travel in an Uber … ride-sharing. I’m staying in an Airbnb … home-sharing. We like to think of this as innovation-sharing.

“This is the innovation-sharing economy, right? And we think that after a number of years now working with people like Dan through to these very large organizations … we’ve got a network that allows you to do a lot of risk-sharing, and we’re able to coordinate that to provide results like what you see with CoffeeFlour.”

In addition to taking on Thomas Kang as CEO, Xinova is adding Jorma Ollila to its board of directors as chairman. Ollila is the former chairman of Royal Dutch Shell and former chairman and CEO of Nokia. Xinova is launching with customers that include Japan-based electronics giant Funai Electric; architecture firm and sustainable building innovators CollinsWoerman; and Meat & Livestock Australia, a service provider to the Australian red meat industry.