If the first 30 minutes of today’s Starbucks’ shareholders meeting today is any indication of the company’s future, it’s clear that China is at the forefront.

The annual meeting in Seattle kicked off on Wednesday with a grandiose traditional Chinese performance. Starbucks CEO Howard Schultz shortly thereafter revealed that the performers were actually all Starbucks employees in China. 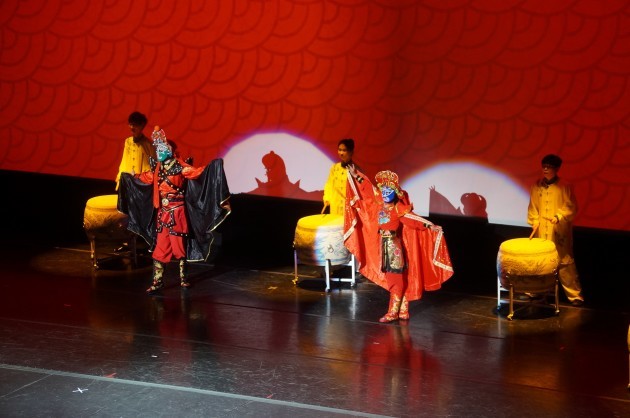 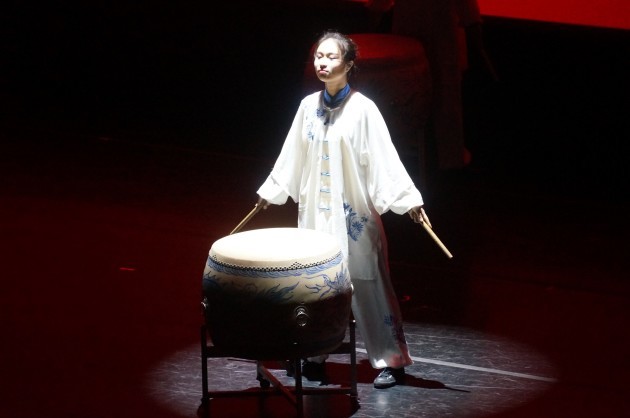 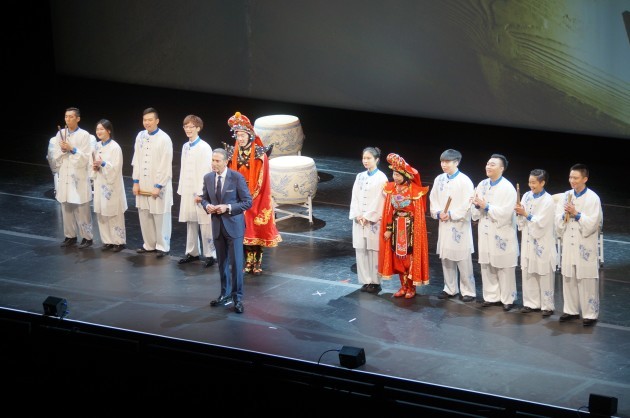 Schultz then spent the next 20 minutes talking about the company’s growth in China, noting that Starbucks actually lost money in the country for several years — that doesn’t seem to be the case anymore, though.

Starbucks now has 2,000 stores across 100 cities in China, which has “become one of the most important and successful businesses around the world for Starbucks,” Schultz noted.

The company plans to open 500 additional stores per year over the next five years in China — more than a store per day. 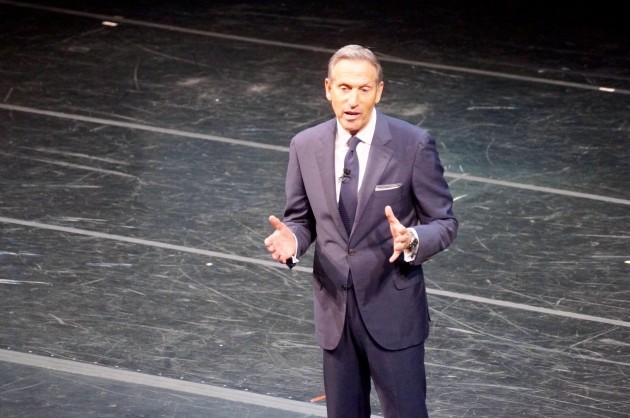 “It demonstrates our long-term belief that China is a great market for Starbucks,” Schultz noted.

The CEO added that the Starbucks brand value is strong in China, where the company employs 30,000.

Schultz, who said he’s visited China more than any other public company CEO in the past decade or so, discussed the “cynics” and “naysayers” who are concerned with China’s recent economic woes. But the CEO isn’t worried, pointing to a middle class in China — “key customers” for Starbucks, he said — that is expected to double from 300 million over the next six years.

“I don’t believe the propaganda and the naysayers,” Schultz said. “Starbucks is investing in the strength of the economy over the long term.” 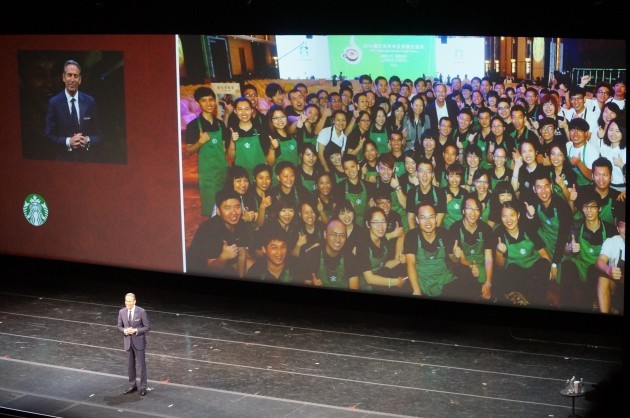 Schultz also talked about China on the company’s most recent earnings call, noting that the Mobile Order and Pay feature — which has yet to launch in the country — will be a “runaway success” because of how embedded the smartphone has become in a Chinese consumer’s life today.

“The adoption that we believe we will have in China will be more significant and quicker than it has been in the U.S., which has already stunned us in terms of how quickly the U.S. consumer has embraced it,” Schultz said in January.

Schultz’s words echo what we heard from Kelly Smith, the VP of Digital for Starbucks China and former Seattle startup veteran who we met with in Shanghai this past November.

“We think the market situation would be very friendly and receptive to those types of offerings that we already see back home, perhaps even more so,” Smith said. “… The appetite is there, the customers are waiting, I think their affinity for the brand is remarkable here, everything is in place. Now it’s about execution.”

More to come from the Starbucks shareholders meeting later on GeekWire.