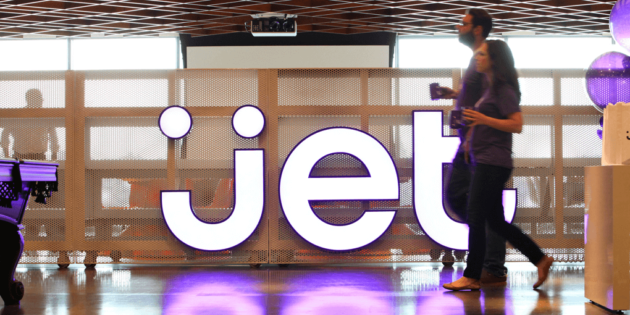 It turns out Walmart also really wanted Jet CEO Marc Lore — the tech executive whose shown an amazing willingness to battle Amazon.com over the years.

As part of the $3.3 billion cash and stock deal announced Monday, Lore will continue to run Jet and he will also be in charge of Walmart’s e-commerce operation. Citing a source close to the situation, Recode reports that Lore’s deal with Walmart is for at least five years, an unusually long time for such an agreement. Usually, the acquired company’s CEO is required to stay on for a timeframe closer to two or three years.

Lore stands to make $750 million to $1 billion from the acquisition if he honors his deal, Recode reports.

“The combination of Walmart’s retail expertise, purchasing scale, sourcing capabilities, distribution footprint, and digital assets – together with the team, technology and business we have built here at Jet – will allow us to deliver more value to customers,” Lore said in a statement following the deal’s announcement.

The deal combines an ambitious e-commerce startup with a physical retail giant, both of whom have struggled to dent Amazon’s online business on their own. The companies will maintain their own brands but “leverage innovative technology solutions from both companies to develop new offerings to help customers save time and money,” they say in a news release.

The acquisition of the Hoboken, N.J., company is another big exit for Lore, who previously sold Quidsi, known for its Diapers.com site, to Amazon in 2010 for about $545 million.

It was later revealed through reporting by Brad Stone in his book The Everything Store, that Amazon put the screws to Quidsi. Stone detailed a price war between Amazon.com and Diapers.com, which culminated in Amazon launching a competing service called “Amazon Mom” at the same time that Quidsi execs were in an acquisition meeting with Bezos.