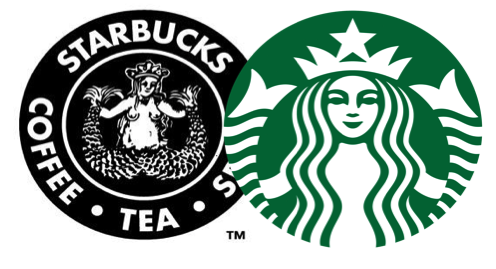 The graphic evolution of the Starbucks brand identity provides a pithy illustration of how a company can retain its youthful energy while maturing to corporate adulthood.

In 1971, the Starbucks logo was a 16th century Norse woodcut of a twin-tailed mermaid, or siren, with an exposed bust. Eventually, this seductive siren evolved into a mermaid with cascading hair and a heightened sense of modesty. The modern identity harkens back to Starbucks’ early years as a single location in Seattle’s Pike Place Market while being more appropriate for a company with 24,000 retail stores in 70 countries.

In modern business folklore, all great companies begin in a garage with a small group of young, ambitious misfits determined to instigate a paradigm shift in human behavior. Invariably, the storyline leaps from the humble beginnings of the bootstrapped startup to the glory days of IPO offerings and billion dollar valuations, skipping the challenging years between.

This column explores the cultural progression of a startup and of its CEO, from commercial infancy to adolescence and, onwards to corporate adulthood.

1. Infancy requires utility: The CEO of a startup is often a utility player doing anything needed to launch the business. Everything is new and chaotic as the team scrambles to get things done. Chaos inevitably leads to stress; and stress management consists of group activities — ping-pong matches or pizza gatherings — that reflect the founders’ unique interests, are usually spontaneous, loosely organized and without any semblance of measurable impact.

During corporate infancy, decision-making has an impromptu quality, with the CEO standing as a totem of the company’s energy and opportunity. New hires flow from the team’s social network and the workspace is a borrowed and temporary — a garage, living room, coffee house, spare office space or hallway, as with etailz. Today, digital technology enables startups to exist virtually and literally anywhere.

2. Adolescence brings a rude awakening. Adolescence brings visibility and accountability to employees, customers and investors alike. Now, the team’s operational leader, the CEO, is involved in all functional areas, while implementing organizational structure and policies, and developing managers to oversee key initiatives.

Adolescence brought a vision of the future without abandoning the heritage of the past.

The limitations of creative chaos make way for new decision-making mechanisms and the establishment of functional responsibilities. This process of self-recognition is a key step on the path to corporate adulthood. The need for a deliberate preservation and growth of the company culture is evident, along with the need for team building activities and events that extend beyond the criteria of infancy. This includes organized fun with goals, objectives, and measurable results reflecting the interests of a larger employee population.

During etailz’s adolescence, we relocated to a larger office space, began allocating responsibility and established measures of success and accountability. The company remained tightly-knit and continued to enjoy the culture established at the outset. Adolescence brought a vision of the future without abandoning the heritage of the past.

3. Adulthood brings big change for the CEO. In adulthood, a CEO’s role shifts to moderator of the mood and architect of the future. The culture must be affirmed through ongoing team building exercises focused on establishing and strengthening a corporate ethos.

Entrepreneurs must be mindful of staying ahead of the curve, keeping a very close eye on the advancement of your market or they risk being Netflix’ed. Blockbuster missed the opportunity to become Netflix because it was too focused on operating its traditional brick-and-mortar business model and didn’t recognize the implications of a digital revolution already well underway.

A CEO must be constantly measuring internal and external tectonics – the large-scale movements that are paradoxically profound and imperceptible at any given moment. Recognize the speed and direction of change and be vigilant in preventing complacency from becoming a corrosive characteristic.

Formal HR policies are firmly in place with an HR team head, along with internships and mentoring programs to cultivate employee skill sets.

The most wonderful technology in the world cannot preserve culture when suddenly the key team and leaders spread out in offices around the world. Most of the key members of the company need to remain in the same town and work in the same building.

In 2008, I penned 11 core values on a napkin; these values shaped our culture and helped guide me from the beginning through each stage of our progress. In 2016, we rediscovered our core values to reflect the current and future direction of etailz while preserving our culture.

The etailz journey has not been without pitfalls. Thankfully, the culture enforced purposeful risk-taking and we were able to make bold changes when needed. Our cultural and corporate evolution has been profound and I am confident that we, like Starbucks’ iconic mermaid, are a better version of our earlier selves.

Josh Neblett is the CEO and co-founder of etailz, a Spokane-based online retailer. He earned his Bachelor’s degree in business administration with a concentration in finance and his MBA in entrepreneurship, both from Gonzaga University.