From his own offices, Aaron Bird, co-founder of the Seattle startup Bizible, can see the nearby offices of photo licensing giant Getty Images. But after being served with a request for payment for the use of an image to which he did not have rights, Bird wanted to know, “How do I know who the real Getty is?”

The problems started when someone on Bird’s marketing team — “who usually do their best to not get copyrighted images” — inadvertently used an image with restricted rights in a Bizible blog post. Getty’s web-scanning technology found the image.

“They sent us a letter saying that they had the rights,” said Bird, CEO of the marketing analytics company founded in 2011. “They said, ‘What do you want to do to resolve it?’ They left it kind of open-ended and then we went back and said, ‘Here’s a bunch of examples off iStock that communicate the same message that we could have bought for, like, 5 bucks. We’ll give you $50.”

Bird thought it sounded like a pretty good compromise.

“We’ll give you more than what we would have paid for these other images,” he said. “Which for the purpose of what we needed that other image for would have been just as good. Of course Getty thinks that their image is worth a lot more money and has a lot more value than those iStock photos.”

Getty in fact did point out why its image was worth more than the iStock photos, which Getty says are available on a royalty-free basis. The image used in the Bizible blog was rights managed and was only available on an exclusive basis at a price that reflected its higher quality and limited availability.

Getty told Bird that the image, which was deleted from his website, would have cost $250 to license for a month. The company said removing the image wouldn’t resolve the matter or provide compensation for the photographer and asked for $250 to settle things. 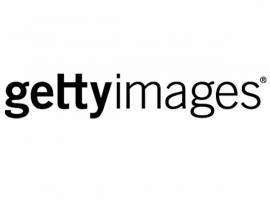 Bird said the company also offered up discounts on subscription rates to help his business deal with this unexpected cost.

While understanding that he was most likely dealing with his Seattle neighbor, Bird wasn’t comfortable with a random email — from what could be a “Nigerian pirate” — asking him to pay for something without proof of what he was actually agreeing to pay for. Bird asked Getty to prove that he wasn’t being roped into a phishing scam, and asked the photo service to show that they owned the rights to the image. He said without providing that proof, there could be no infringement.

“I’m all for copyright protection and everything,” Bird said. “I don’t like their business model all that much, but I get it. The main thing for me was someone just sent us an email saying you owe us money.”

Bird said that in its next reply, Getty directed him to the website of the Washington Secretary of State where he could look up Getty Images as a legitimate company. And that he could find a corporate headquarters phone number on the Getty website, call it and verify that the email sender worked for Getty in copyright compliance.

“We’re a legitimate company, that doesn’t mean I can just go emailing people asking for money for copyright issues,” Bird said. Even if the person who emailed does work there, “What if Getty made a mistake? They should prove that they own the rights if they want us to pay.”

Bird said that in its correspondence Getty does not offer to provide proof of rights ownership and would only do so in court.

“They’re opening the whole world up for phishing scams,” Bird said. “If they’re training people that you don’t have to prove that you own copyrights but rather you just should respond when someone asks for money, or go to court and have to pay way more money in attorney’s fees and stuff, that’s ripe for me creating gettycopyrights.com or something, an email address spamming people saying, ‘Go to this link and pay me money or I’m gonna sue you because I’m Getty. And by the way, I’m in Nigeria.’ That’d be so easy to do.”

Getty’s corporate communications team did confirm that it was the company, not phishing pirates, who reached out to Bird.

In a statement to GeekWire, Getty reiterated that it does provide parties concerned about legitimacy of correspondence, or phishing, with “relevant contact information, including a phone number, email address and physical address.” A call to Getty’s main number would have gotten Bird transferred directly to the specialist assigned to his case, the company said.

The statement also said that recipients of infringement settlement letters are directed to Getty’s website, “where they can see a watermarked version of the image in question and review the license terms, warranty and indemnification sections of the license to verify the validity of Getty Images’ representation of the content.”

As for providing proof of ownership beyond that, as Bird sought, Getty said, “Due to confidentiality, Getty Images does not provide photographer contract information, however these documents may be provided on a case by case basis.”

On its website, Getty has a robust section that addresses copyright matters. One page on how to deal with a copyright infringement settlement demand letter includes a video tutorial from Jonathan Lockwood, VP of corporate counsel for the company. Some of what he says in the video was paraphrased in Getty’s statement to GeekWire.

“Copyright is the lifeblood of our business,” Lockwood says in the video. “That’s what we do. We license copyright. It’s important not just for our business but for the photographers we represent. We’ve got about 200,000 freelance photographers we represent these days. A lot of them are small business and their livelihoods really do depend on us being able to exploit that copyright to our mutual benefit.”

Bird said he can visit Getty’s site, see the image he improperly used and add it to his cart. But he holds fast to the notion that he still didn’t consider that proof of ownership because, “I can create that page and be in Costa Rica and nobody can do anything about it.”

“If your bank called you on your phone and said, ‘Hey, give me your password. It’s like, sure the bank knows they’re fine and they can ask you for the password, but if they were to actually do that they would open it up for anyone to call you, say they’re your bank and get your password from you,” Bird said. “Banks don’t operate like that because they would create the opportunity for phishing scams. And Getty is intentionally running down a path that is making it easy for people to do phishing scams.”

Ultimately he’d like to push back harder against Getty, but in the end Bird said he will end up paying the settlement fee. But he’s not happy about how Getty is conducting business.

“Sure I know Getty probably owns the rights and what they’re trying to say is, ‘Hey, we’re Getty, we must own the rights, we wouldn’t lie to you about it,'” Bird said. “They’ve built a whole business model around that. They’ve built all this automation of scanning all the images on the web — you should also build a piece that says, ‘Here’s proof that we own it’ to prevent other people from claiming rights.”