The lawsuit, filed this week in U.S. District Court in Seattle, could serve as a new test of Amazon’s liability for counterfeit goods sold on its site — an issue with wide-ranging financial and legal implications for the company.

Amazon last year won a similar case against pillowcase maker Milo & Gabby, although the ruling is currently under appeal, and the trial court judge said legislators should revisit the law on which the decision was based. 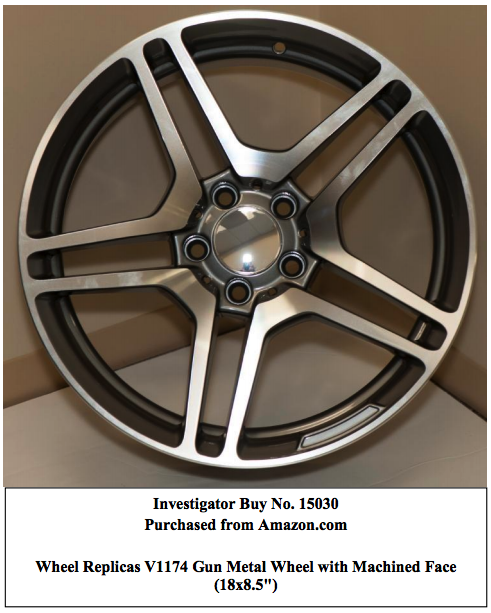 The central question in the Milo & Gabby case was whether Amazon was responsible for infringement by a third-party merchant using its site. In that case, the knockoff pillowcases were designated as sold by a third-party merchant, but fulfilled by Amazon. The jury ruled that Amazon had technically not made an “offer to sell” — the legal requirement to hold the company liable for the counterfeit goods.

The Daimler AG suit comes with a different twist. Exhibits filed with the lawsuit show listings that say the items, from Wheel Replicas, are “sold by Amazon” in addition to being shipped by the company.

The suit was filed on Monday. As of this morning, many of the listings are still active, but they no longer include the “sold by Amazon” language.

Daimler says it purchased multiple wheels through Amazon as part of its investigation.

“All automobile wheels purchased and received from Amazon were inspected to confirm that they are not genuine products manufactured or authorized by Daimler, its subsidiaries, or licensees,” the complaint says. “The inspection of the purchased items confirmed that the items Amazon advertised and sold were in fact not Daimler-authorized or Daimler-manufactured products.”

Daimler is seeking a permanent injunction and financial damages based on Amazon’s alleged infringement, asking for triple the normal amount of damages in such cases. We’ve contacted Amazon for comment on the case and will update this post depending on the response.

Thanks to Venkat Balasubramani for alerting us to the case.