David Bluhm is best known for his work in the gaming space as the co-founder of Z2 (acquired by King.com) and former CEO of DropForge Games. But while he is still very much involved with that industry, the serial entrepreneur is also helping run a startup in a completely different environment — one that helps people hire off-duty cops on demand.

Bluhm is the co-founder and chairman of CopsForHire, a company based in Olympia, Wash. that recently raised part of an $800,000 investment round. 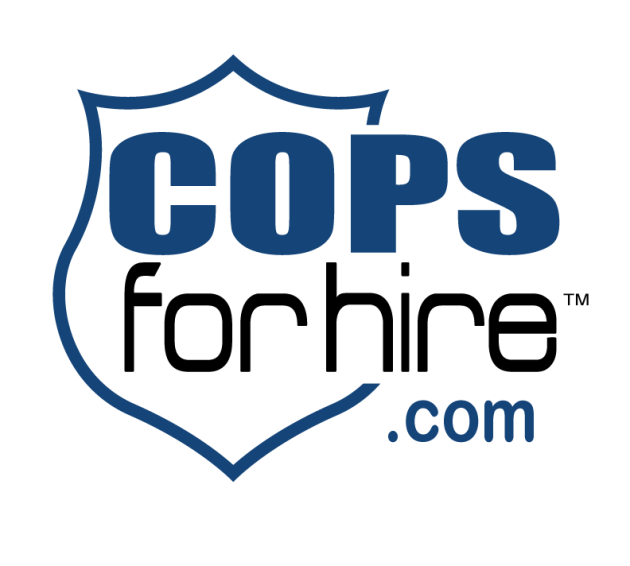 Bluhm said there are around 780,000 commissioned law enforcement professionals in the U.S., and 43 percent of them work off-duty. However, he noted that the traditional process of finding and hiring an off-duty cop is not simple or efficient.

“Hiring cops is currently a sloppy, paper-driven process managed by a desk sergeant and/or a bulletin board sign up sheet,” Bluhm told GeekWire. “It needs to be simplified, digitized, scheduled, approved, managed more tightly against departmental policies and exposed to an increasing demand from private companies and organizations.”

More importantly, Bluhm said, one reason he helped start the company with Andrew Finley and Cayce Collins was to help ease the growing tension between law enforcement and the communities it serves.

“Trust and respect will be built or re-built with each positive interaction between an off-duty working officer working and their community,” he said. “CopsForHire makes America safer, makes them feel safer and and also makes them feel better served by it’s law enforcement.”

As far as customers, Bluhm said CopsForHire works with several police and sheriff agencies in Washington, along with large companies that depend on hiring off-duty police.

Trust and respect will be built or re-built with each positive interaction between an off-duty working officer working and their community.

Bluhm, who is also currently CEO of WG Cells, a Seattle-based startup that is the mobile arm of Wargaming.net, had self-funded CopsForHire and received some investment from a close friend prior to this new round. He wouldn’t comment on total funding to date, but noted that “this company has been built as most good startups are built: too few guys working very hard to build a pretty comprehensive software platform while validating a pretty interesting new, niche market.”

CopsForHire, which employs eight, recently moved into new offices in downtown Olympia, the state capital of Washington that is about an hour south of Seattle.

“This was the result of a team vote where Olympia represented a cost affordable place to live and a dynamic lifestyle,” noted Bluhm, who also started companies like Medio, Handson Mobile, and 2Way. “Our eight team members all agreed to relocate from various locations around the Northwest to Olympia. We are excited to help grow the tech environment in Olympia and have already been working with their new mayor, Cheryl Selby, and their head of economic development, Renee Sundee.”