Jenny and Steve Feinberg met in high school, attended UCLA together, and got married in 2008. Last year, they embarked on an entirely new partnership: A startup. 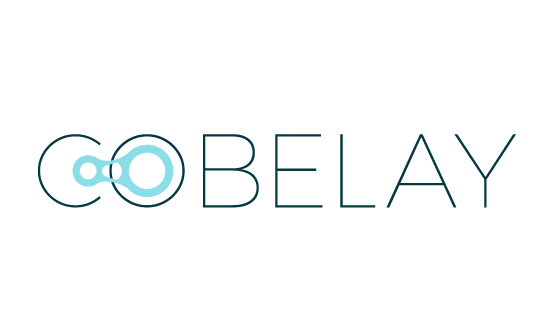 Together they launched Cobelay, a matchmaking service for people looking to buy and sell small businesses. They saw first-hand how much friction was involved in trying to transfer ownership of a company and decided to build a solution.

“The buying and selling of small business has largely remained analog in a digital world,” said Jenny Feinberg. “There’s an opportunity to leverage technology to ‘match’ owners with qualified and eager buyers looking to be their own boss.”

Jenny most recently worked for Zillow where she led mobile strategy and product marketing efforts. Steve spent years working mergers and acquisitions for aviation companies like Boeing and United Airlines.

Their 7-person startup, which includes two other silent co-founders, operates out of Seattle’s Fremont neighborhood. They believe their platform can help small business owners struggling to decide what to do with their companies when they retire.

“We help business owners identify successors who first and foremost share the owner’s values, and are qualified to take over, and potentially even grow, the business,” said Jenny Feinberg.

We caught up with her for this installment of Startup Spotlight, a regular GeekWire feature.

Explain what you do so our parents can understand it: “We are connecting small business owners with successors who can take over their business and grow their legacy into the future.”

Inspiration hit us when: “We were on a road trip to the Olympic peninsula with a few friends. I had been trying to buy a small business for a year, Steve had just closed an acquisition for Boeing, and our travel friends had just sold their small business. In talking about how difficult it is had been for me to find a business to buy and how their deals had fallen into place, we decided there had to be a better way. This was a problem that was not only solvable, but also worth solving.”

VC, Angel or Bootstrap: “Bootstrap. Our founding team has been exposed to a variety of startups throughout the course of our separate careers; before we took on the pressure and visibility that comes with taking funding, we wanted to make sure that our idea had potential and motivated us on a deep personal level. It does!”

Our ‘secret sauce’ is: “We understand that the majority of the value of a company is actually locked up in its human capital. For that reason, we approach buying a company not as a traditional investment, but as an extension of your personal career. We are trying to match individuals not with a random company, but with one that they are uniquely qualified to manage and grow into the future. The private company owners on our platform are looking for partners and successors who share their values and have a desire to build on what they started.”

The smartest move we’ve made so far: “Our team. We were fortunate in the sense that we didn’t need seed money out of the gate and had a strong team with all the necessary skills and experience to get us off the ground with a prototype. We prioritize friendship first on our team, and have a culture based on mutual respect and integrity that permeates everything we do. We will be friends long after Cobelay succeeds or fails.”

We are trying to match individuals not with a random company, but with one that they are uniquely qualified to manage and grow into the future.

The biggest mistake we’ve made so far: “Starting in too niche a market. We began our journey dabbling in the healthcare space since the ‘hire your successor’ model is already prevalent there, particularly in the dental industry. We pivoted to target small businesses more broadly and are finding it easier to gain traction.”

Would you rather have Gates, Zuckerberg or Bezos in your corner: “Where’s Rich Barton on this list? Having gotten to know him while at Zillow he is one of my favorite Seattle entrepreneurs. Why? Rich educates and elevates the people around him.”

Our favorite team-building activity is: “Debugging — just kidding. Grabbing a delicious beer from across the street at Fremont Brewing Company to unwind from the day.”

The biggest thing we look for when hiring is: “Motivation! I want to know exactly what drives you to show up to work every day. I look for employees who aren’t just going to execute, but who are driven to achieve the extraordinary even if at the beginning of a project they have no idea how to tackle the problem. That’s the type of person that’s going to get the job done.”

What’s the one piece of advice you’d give to other entrepreneurs just starting out: “Validate that you have an audience for your idea before you start building your company. Once you know that you are meeting a need, and ideally that people will pay you for it, then you can invest in building the perfect solution.”