Facebook made a splash with the opening of its new engineering office near Seattle’s Lake Union this year, but the social networking giant’s Oculus virtual reality company has been much more low-key about its space in the city’s stadium district. After signing a big lease last year, Oculus moved into the office near Safeco Field about six months ago. But we didn’t get a peek inside until Friday night, during an Oculus event coinciding with the big PAX video game convention in Seattle.

So naturally, in between rounds of Damaged Core, Rock Band VR and Dead & Buried on the Oculus Rift, we took a look around the space at Stadium Innovation Center. 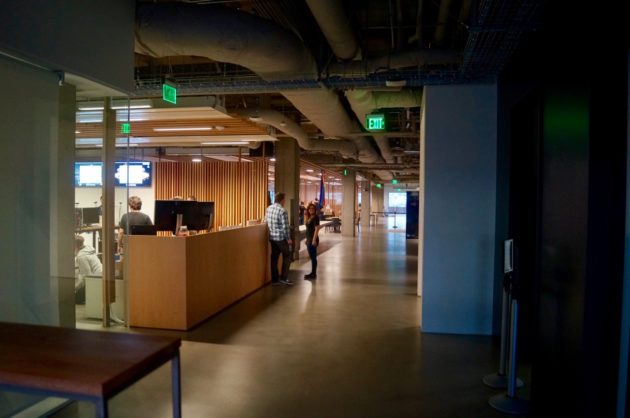 Of course, tech companies pay close attention to their offices as reflections of their culture, and to help attract coveted employees in an increasingly competitive market for tech talent. The Oculus space has some of the same characteristics as Facebook’s offices, including exposed ductwork and unfinished concrete floors (although increasingly those are signatures of tech spaces in general). Garage doors open to a deck overlooking the industrial district, creating an airy feeling inside the space on a late summer evening. 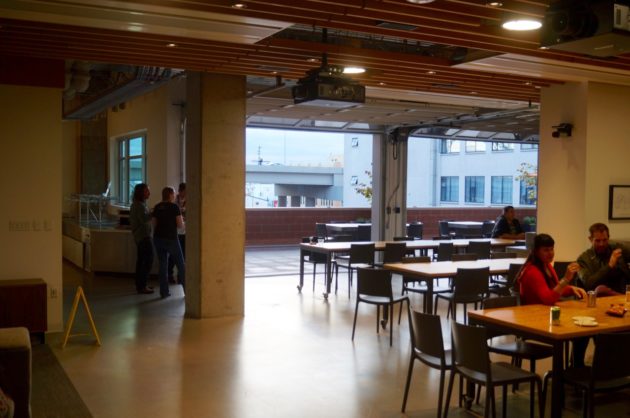 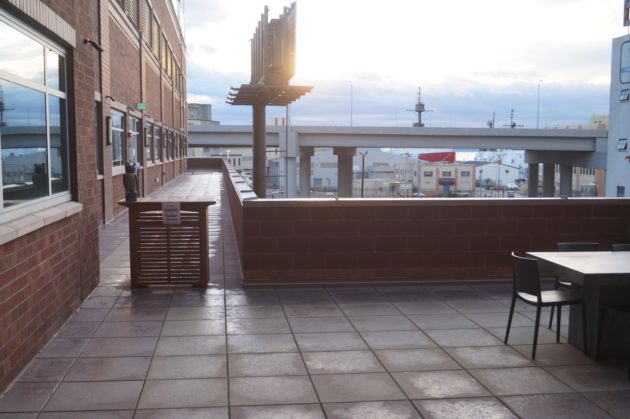 Conference rooms and other private spaces near the common areas are named after different coffee drinks, such as the “Americano” and “Macchiato” rooms.

The company is careful to protect its secrets, which is why these pictures are only from the common areas of the space. Work areas and gaming demos were off limits for photos during the event. Black fabric was draped over workstations. A floorplan on a hallway monitor labeled a far corner of the space the “Forbidden Zone.”

Down one hallway, where fans waited to try Rock Band VR last night, the space features a mirrored ceiling. 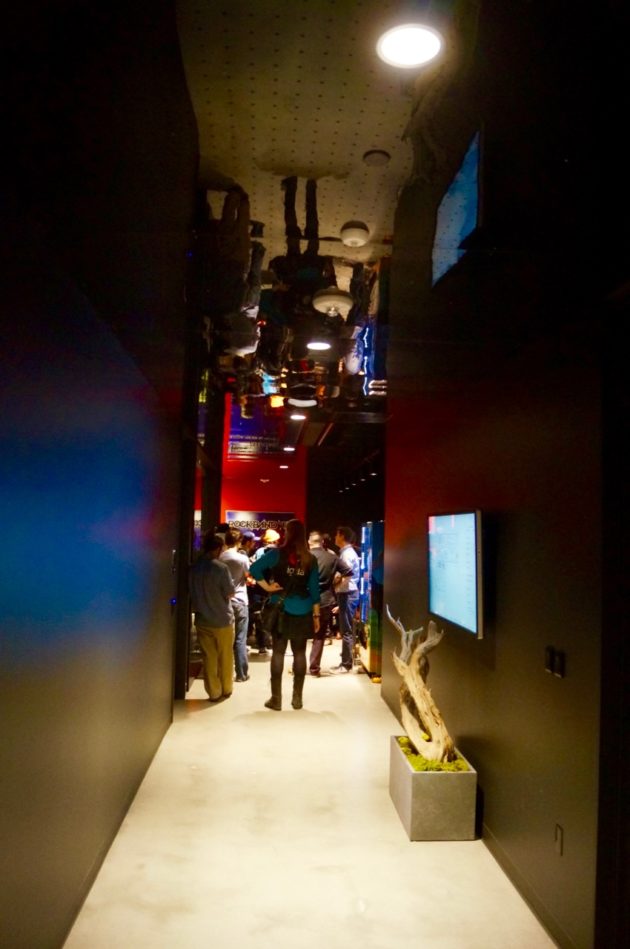 There’s a kitchen area with meal service, spaces for lounging and meeting, and a long counter that defies gravity thanks to a secure anchor on a structural beam. 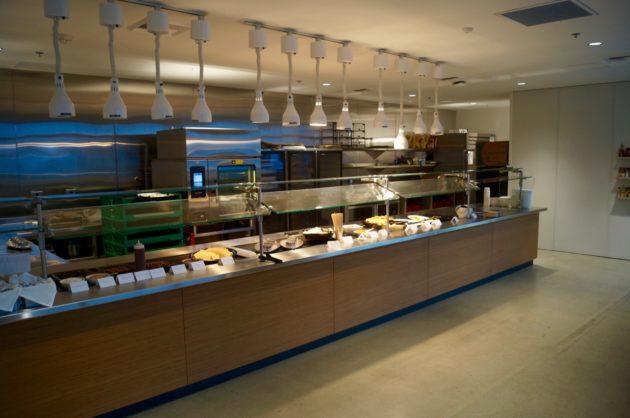 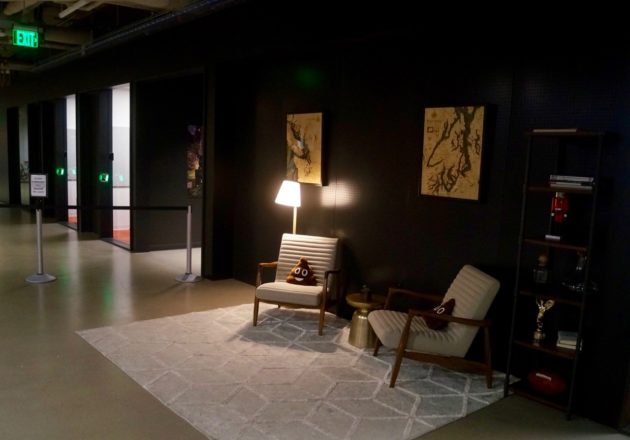 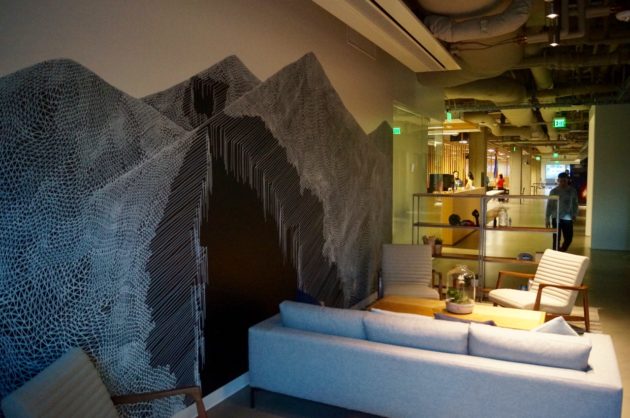 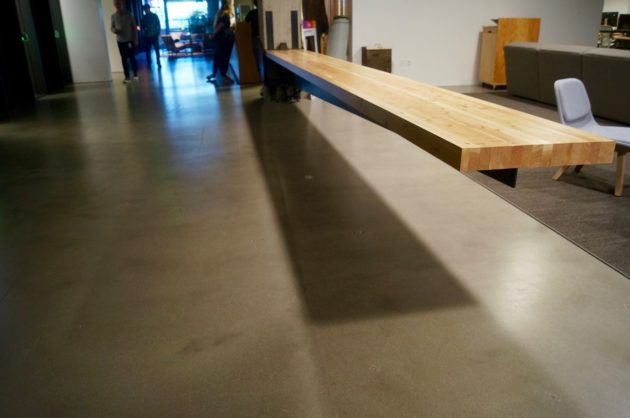 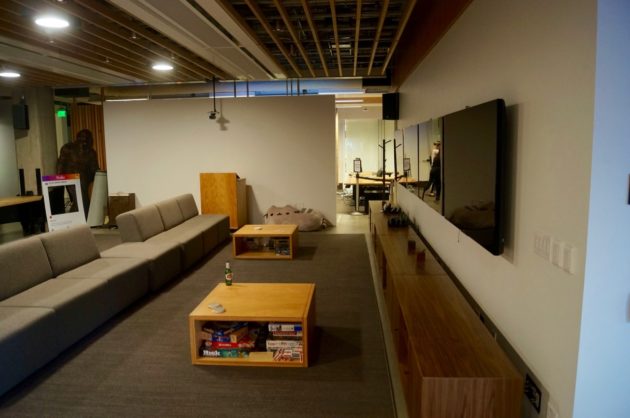 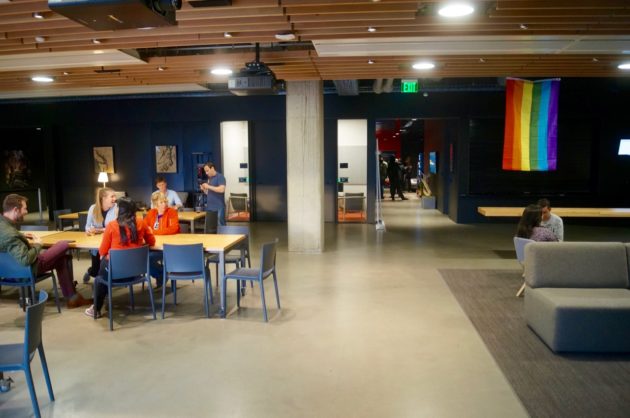 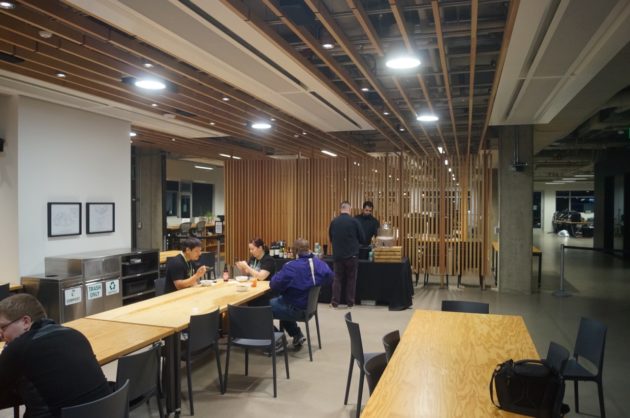 GeekWire is back at PAX West today. Check out our first-day VR overview here, and stay tuned for more coverage, including additional impressions of the Oculus Rift games and other virtual reality experiences available at the conference.