LAS VEGAS — This morning at the fifth annual re:Invent user’s conference, Seattle-based software-automation firm Chef announced that the full capabilities of its Automate commercial platform have been integrated into a new managed service provided by Amazon Web Services.

“It’s quite a bit of work to figure out where the Chef Server is located, so we decided to fix that,” said AWS CTO Werner Vogels during his keynote address, adding that it “has been one of the smaller but real pain points” for AWS users.

The new integration promises to be a boost for Chef, which released Automate as its flagship product earlier this year. 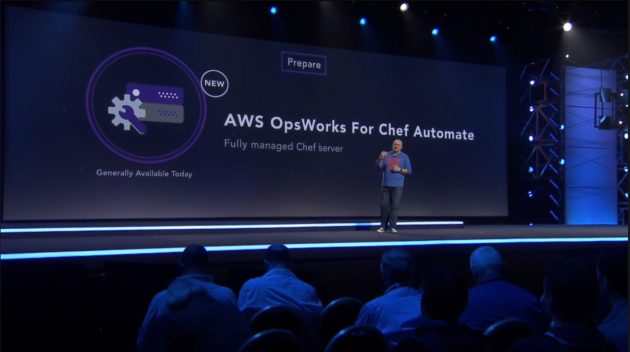 AWS OpsWorks for Chef Automate allows automating any Linux or Windows server, including existing Amazon EC2 instances or servers running in a data center, Chef said. It can manage tens of thousands of servers with a single instance and lets users select and change the instance type the Chef Server runs on.

It manages all Chef administration for the user, and it works with compliance policies that can be written in human-readable language using Chef’s open source InSpec language and then automated as code within an infrastructure. The managed Chef Server itself runs in an Amazon virtual private cloud, so it is isolated from the internet and user-controlled in terms of  inbound and outbound network access.