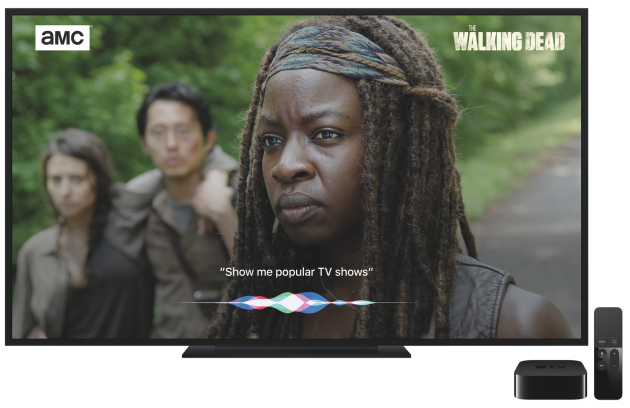 Apple is officially diving into the original TV space, following competitors like Amazon and Google in a move to bring high-quality TV to its platform.

In an interview with the New York Times, Eddy Cue, Apple senior vice president of internet software and services, said the company will launch a reality show that focuses on the app economy.

“One of the things with the app store that was always great about it was the great ideas that people had to build things and create things,” Cue said.

Apple is working with entertainer (and erstwhile tech visionary) Will.I.Am and TV executives Ben Silverman and Howard Owens on the app-focused show. There isn’t much more info than that available at the moment. It’s not even clear if the show will be exclusive to Apple users.

It’s also not clear in exactly what capacity Apple is working on the show, as financial details weren’t disclosed. Cue has previously worked with Silverman in bringing The Office to iTunes, earning Cue an executive producer role on the show.

Rumors surrounding Apple and its own TV shows have been circulating for years, along with rumors of its ambition to disrupt cable in the same way it disrupted the music industry. The last, and most credible, rumor claimed that Dr. Dre, who joined Apple when it purchased Beats, was working on a semi-autobiographical show about the rapper.

However, Cue told the New York Times that the show wasn’t part of a shift in Apple’s ambitions.

Amazon has seen great success with its original programming, with shows like Transparent and Mozart in the Jungle even winning awards. Google’s YouTube has also recently entered into original programming, although their result is very different than traditional TV. Of course, companies built on streaming video like Netflix and Hulu have had original programming for a while, so Apple joining the fray shouldn’t shake things up too much.