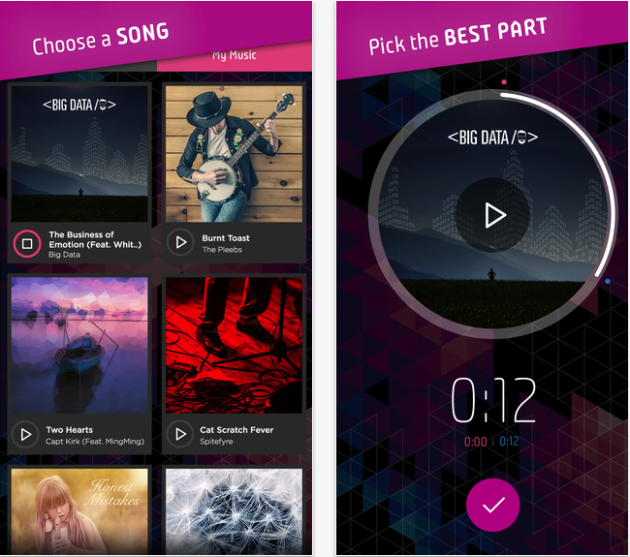 Triller is the app for anyone who has ever wished their life was a music video. It’s free, easy to use, a lot of fun, and perhaps more pragmatic than you might think. App developer David Leiberman even brought on award-winning music video director Colin Tilley as a consultant. Tilley has worked with top artists like Kendrick Lamar, Usher, and Justin Timberlake to name a few. 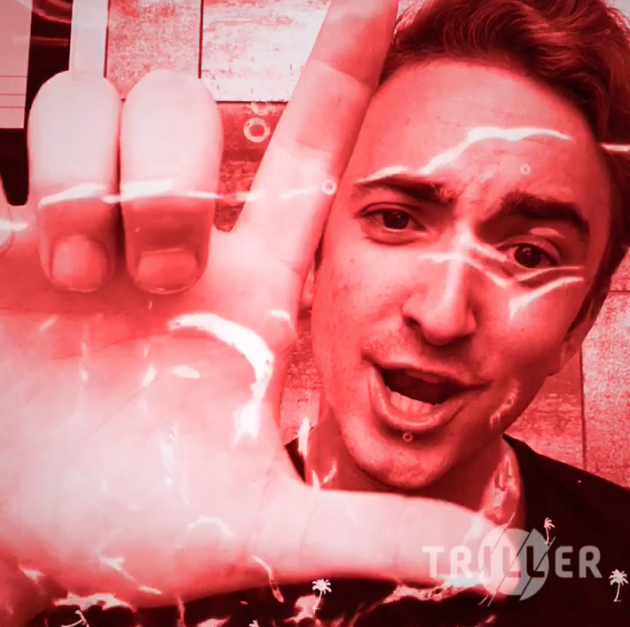 The app is free to download, intuitive, and addictive. First, users select one of the songs that the app provides or any song from their own music library. Second, they choose a filter and a speed setting (slo-mo, regular, or sped up). Then, they just select which section of the song they’d like to use, and start filming!

In case you don’t nail the first take, you can reshoot with multiple takes. Once you’ve decided you’re satisfied with the takes, with just the press of a button, the app slices them together and creates an instant music video. Truth be told, the results were pretty entertaining.

I found it most effective to chose a song I knew the lyrics to, because the app doesn’t provide the words. So by default, I chose the late 90’s hit “All Star” by Smash Mouth. As you film, the app plays the song and you can sing along to it. After you’ve shamelessly filmed you, your friends, or your co-workers lip syncing a solid 3-4 times through, you hit the Triller icon, and it cuts all of the takes together into one. The app matches the video and the audio to create a seamless lip dub.

At first I found this to be a silly, just-for-fun app. I came to realize that it may actually harbor some practical uses. Well-executed music videos can make very powerful promotional tools. If an individual, group, or an organization doesn’t have the technical skills to create a music video, or more importantly the time it takes, this app will create a fun and relatively high quality masterpiece in about 20-30 minutes. Anyone who has tried to make a music video the traditional way knows it takes a lot of time, and a certain level of expertise. The editing process is also tedious and time consuming. Triller takes all of the editing work out of the equation. If you finish your takes and aren’t satisfied, the app also lets you go back and reshuffle the clips until you get a finished product that you love.

Check out my own music video below.

While it is nice that the app compiles and shuffles all of the takes for you, that is also one of its drawbacks. Not being able to select which take goes where does remove a large element of creativity from the experience. But in my opinion, It’s a lot more fun not knowing what to expect once it’s finished. I think the app is primarily for users trying to make a quick bit to impress friends or followers. You can even submit your video directly to Triller, and if they like it enough they will feature you on their Instagram account.

In no way will Triller render skilled video editors and directors obsolete. But it does put a lot more creative power in the hands of a smartphone user.

It also seems like the perfect app to get your kids off the couch and get them creative. The potential is as endless as the storage capacity on a person’s smart device. Perhaps, instead of a Christmas card, you can send your entire social circle a Christmas music video of your family dressed up in the tackiest Christmas sweaters singing along to Jingle Bells.

For small businesses, a quick video of employees using products may boost their social media presence. Maybe an aspiring musician can create a quick promo music video for his or her latest release and post it directly online. The applications are widespread, and exciting.

Personally, I wish I had access to something like this when I was growing up, or babysitting in my teens. This app turns anywhere and anyplace into the set of your very own music video. So just point, shoot, and lose yourself in the music. Hey, you might even go viral… who knows?

Download the Triller app on the Google Play store and Apple App Store.