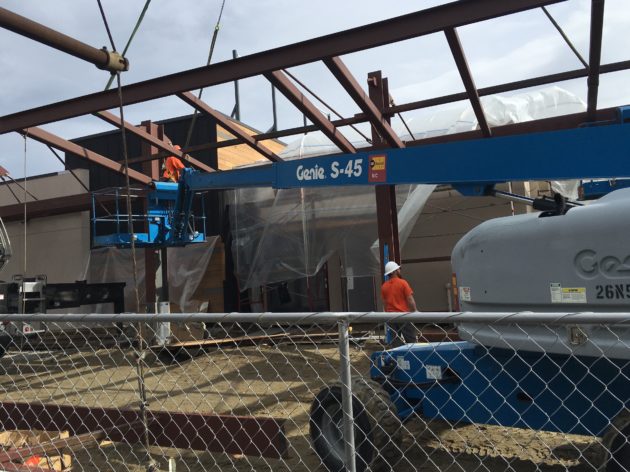 Workers were busy Saturday morning at Amazon’s future drive-up grocery store in Seattle, working a weekend shift before the rains came later in the day, and looking very much like they were on a deadline. 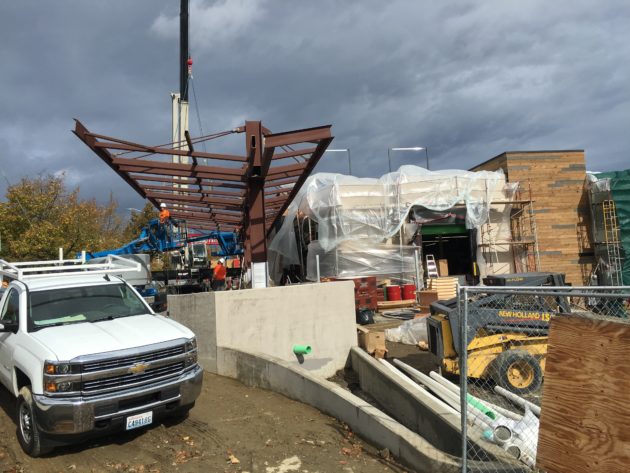 Wood paneling is being installed on multiple sides of the renovated building, and workers are constructing the frame of what appears to be a large awning to cover the future spaces where customers will park to pick up orders they’ve made online. 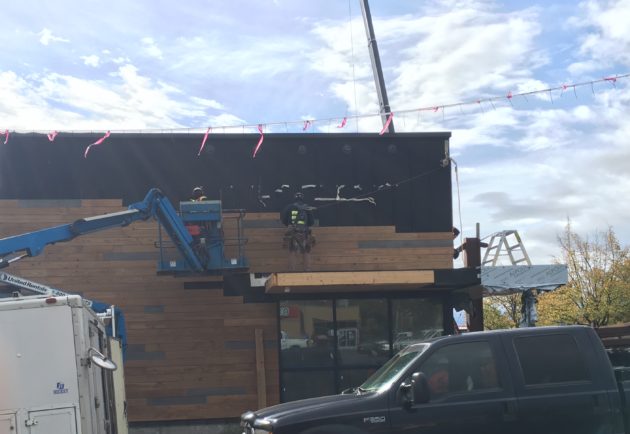 And if there was any doubt that Amazon is behind the store, this should put it to rest: Despite the company’s attempts to keep the project under wraps (even workers on site have said they don’t know what they’re working on) a piece of equipment near the edge of the property literally says, “Amazon Ballard” in two places, apparently designating where it was to be delivered. 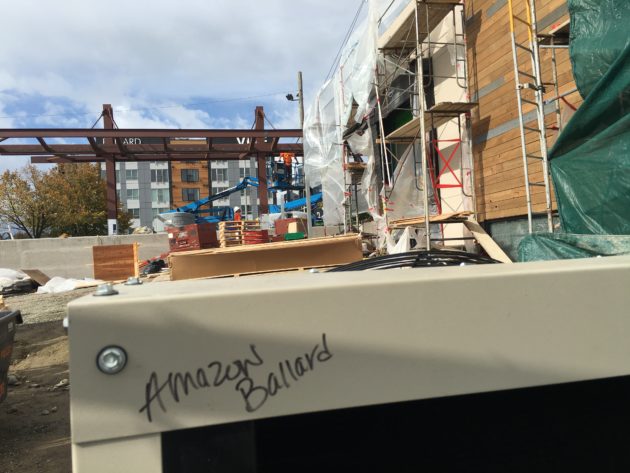 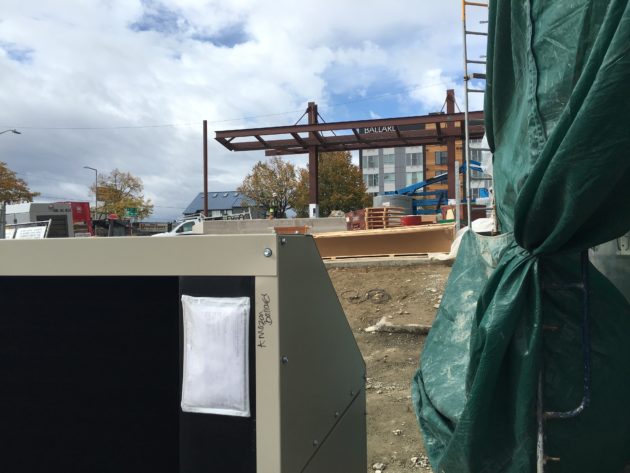 Previously, we also found a permitting document filed with the city of Seattle with this description: “storage racks insulation plans on main floor for Amazon.” The project, just off the Ballard Bridge at NW 51st St. and 15th Ave. NW — the former Louie’s Cuisine of China restaurant —  is described as “Project X” elsewhere in the documents.

An earlier clue was the fact that the project description in Seattle planning documents matches, almost exactly, the language in filings for Amazon drive-up grocery stores planned in the San Francisco Bay Area. Ware Malcomb, the same architect that designed Amazon’s planned drive-up grocery stores in the Bay Area as well as its Prime Now delivery hub in Seattle, is listed as the architect for “Project X.”

Here is how the Seattle store will work, according to planning documents.

When placing an online order, customers will schedule a specific 15-minute to two-hour pick up window. Peak time slots will sell out, which will help manage traffic flow within the customer parking adjacent to the building. When picking up purchased items, customers can either drive into a designated parking area with eight parking stalls where the purchased items will be delivered to their cars or they can walk into the retail area to pick up their items. Customers will also be able to walk into the retail room to place orders on a tablet. Walk in customers will have their products delivered to them in the retail room.

It’s the latest effort by Amazon to test new concepts in online ordering, fast delivery and grocery shopping. The company has been rolling out its Prime Now one- and two-hour delivery service around the country, and last week launched a cheaper subscription for its AmazonFresh grocery service. 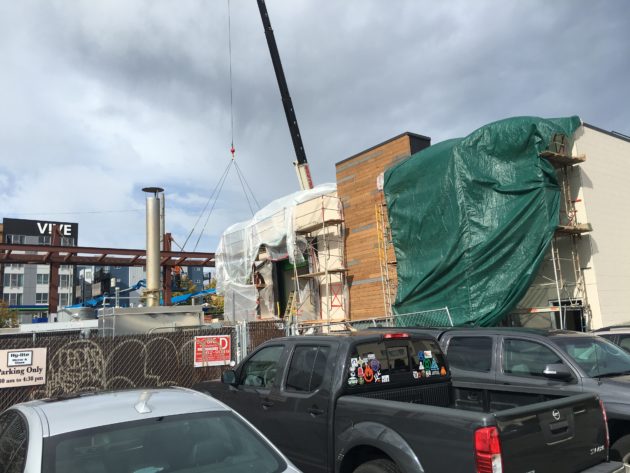 The e-commerce giant has made a tradition of testing its newest concepts in its hometown, including its first full-fledged physical bookstore last fall.

No word on when the drive-up grocery store will open, but if it’s any indication, those workers this weekend were not goofing around.