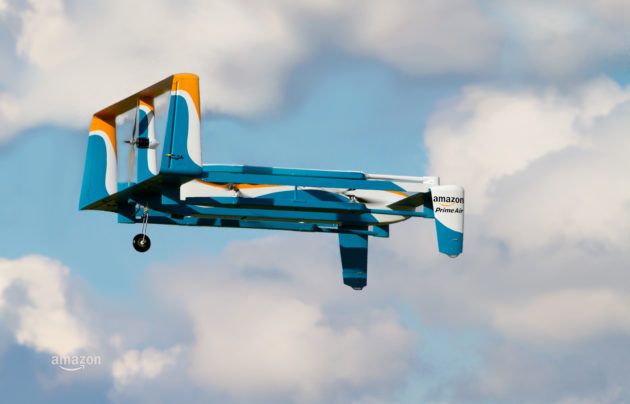 Amazon announced Monday it is partnering with the United Kingdom to expand testing for its Prime Air drone delivery service.

Amazon is working with the U.K. Civil Aviation Authority to explore several key factors in drone delivery. Amazon will test flying drones beyond the operator’s line of sight in rural and suburban areas. The company also wants to evaluate sensors that help drones avoid obstacles and whether a single person can fly multiple automated drones at the same time.

“The UK is a leader in enabling drone innovation — we’ve been investing in Prime Air research and development here for quite some time,” said Paul Misener, Amazon’s Vice President of Global Innovation Policy and Communications. “This announcement strengthens our partnership with the U.K. and brings Amazon closer to our goal of using drones to safely deliver parcels in 30 minutes to customers in the U.K. and elsewhere around the world.”

Amazon said the testing should help government organizations figure out the best regulations for the industry going forward.

The U.K.’s drone-friendly stance contrasts with the U.S. where the Federal Aviation Administration last month issued rules for small unmanned aircrafts, limiting flights to the visual line of sight of the operator, prohibiting flights over people not involved in the drone operation, and mandating that no pilot can operate more than one drone at a time. However, the FAA says most of the rules can be waived through an application process “if the applicant demonstrates that his or her operation can safely be conducted under the terms of a certificate of waiver.”

When the FAA released similar draft regulations in February 2015, Amazon wrote in a letter that the rules would keep Amazon from running its Amazon Prime Air drone delivery service. The future project would involve using drones to deliver small packages with turnarounds under 30 minutes. The company has warned that it will shift its drone delivery initiatives overseas if the U.S. rules are too burdensome.