Amazon will offer a monthly version of its Prime membership program in a move that challenges rival Netflix and gives customers new subscription options. 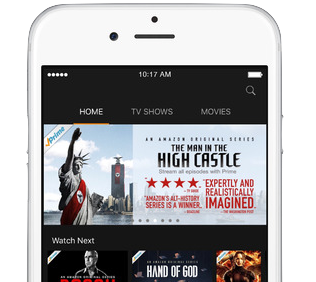 Starting Sunday evening, the Seattle based tech giant will sell a monthly Prime membership for its video streaming service at $8.99 per month — one dollar less than Netflix’s standard offering — along with a $10.99 per month option that includes other benefits of Prime like free 2-day shipping, music streaming, cloud storage, same-day/2-hour delivery in some cities, and more.

Amazon previously only sold Prime memberships at a $99 per year rate, with video streaming of TV shows and movies included as a perk. Now customers can subscribe on a month-to-month basis for either Prime video or the full membership.

An Amazon spokesperson confirmed that the yearly benefits won’t be changing with the rollout of monthly memberships.

Customers won’t save money by subscribing to the monthly services versus the $99/year annual option, but now they don’t have to pay nearly $100 to get access to Prime. The Wall Street Journal noted that customers can turn the monthly memberships on and off — for example, they could use it only during the holiday season each year.

Amazon tested out a monthly version of Prime back in 2012, but there hasn’t been a way to join on a monthly basis since then. That trial gave users month-to-month access to Prime benefits for $7.99 per month, a 20 percent premium against the $79 yearly cost at the time.

Amazon also partnered with Sprint late last month in a deal that gives Sprint customers access to Prime for $10.99 per month.

Breaking off Prime video as a separate monthly offering is another bid by Amazon to take on Netflix, which recently upped the price of its standard streaming service from $7.99 per month to $9.99. Though they compete in the streaming video industry, the companies also work together, with Netflix using Amazon’s cloud computing platform, Amazon Web Services.

Since launching Prime video five years ago, Amazon has grown its library and added original programming. Amazon’s foray into original TV has yet to achieve the blockbuster status enjoyed by Netflix with its original series House of Cards and Orange Is the New Black, but is certainly gaining some momentum. For this year’s Golden Globes, Amazon had five nominations. Award-winning shows produced by Amazon include Transparent and Mozart in the Jungle, which won the Golden Globe in February for Best Television Series.

In its most recent quarterly earnings report, Amazon noted that paid Prime memberships around the world increased by 51 percent in 2015, and by 47 percent in the U.S. Amazon does not reveal exactly how many Prime members exist today, but analysts say there are between 60 to 80 million.

Netflix said it had 43.4 million subscribers in the U.S. in its January earnings report.