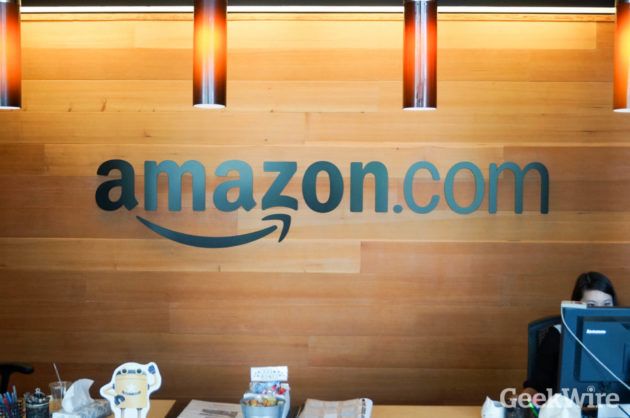 Amazon posted $32.7 billion in revenue in the third quarter, up 29 percent, and stayed solidly in the black with profit of $252 million — but missed Wall Street’s expectations with earnings of 52 cents a share, well below the consensus of 78 cents predicted by analysts in advance.

The company’s Amazon Web Services cloud computing business continued to be a major driver of the broader business, posting revenue of $3.2 billion, up 55 percent from the same quarter last year.

But investors are reacting negatively to the earnings miss, sending Amazon’s stock down more than 5 percent in after-hours trading following the quarterly report. Analysts polled in advance expected the Seattle-based tech giant to report earnings of 78 cents per share, with revenue of $32.69 billion for the quarter, according to Yahoo Finance.

Asked about the earnings miss on a conference call with reporters, Amazon CFO Brian Olsavsky said the company is “in a period of ramping up investment in the second half of 2016, even more so than in prior years.” He noted that the third quarter generally brings lower operating income as the company prepares for the peak holiday season.

He noted that the company’s spending on original video content is also increasing costs, beefing up the offerings for Amazon Video as it competes with Netflix and other streaming services. Spending in the second half of this year on video is nearly double what it was in the same period last year, he said.

“There’s an investment period that is ramping up in the second half of this year, led by the fulfillment centers and also the video content spend, but also we’re investing in a lot of other areas,” he said, citing examples of AWS, the Echo and Alexa platform, and also expansion in India.

In recent months, the company has been steadily adding new perks to its Amazon Prime subscription program, including video game features for Twitch users and access to the Audible Channels digital audio service, in both cases leveraging past acquisitions. A new study of U.S. consumers by Consumer Intelligence Research Partners estimates that there are 65 million Amazon Prime members in the country.

In the retail market, the company has been making headlines with its plans to launch bricks-and-mortar grocery stores tied to its AmazonFresh service. The company has yet to confirm those plans, but a new report says Amazon sees room in the U.S. for up to 2,000 of its grocery stores over the next decade.