Raj Singh is leading a different company in a different industry that’s tackling a different problem with a completely different solution — and these are all reasons for why he’s so excited about his next business challenge.

About a year later, the long-time business partners reunited and joined Accolade, a Philadelphia-based healthcare company founded in 2007. As part of their deal to lead Accolade — Singh as CEO, Hilton as chief product officer — they remained in the Seattle area to establish a second headquarters for Accolade.

Fast forward three months later, and Accolade has attracted more longtime leaders from Concur to its executive team and plans to hire 50 employees for its new downtown Seattle office this year.

“We’re finding that incredible talent is attracted to the opportunity at Accolade,” Singh told GeekWire.

While Singh, Hilton, and Steve Singh — Raj Singh’s brother, who still remains at the company post-acquisition — helped build Concur into a $700 million business that developed travel expense software, there is much different work being done at Accolade.

The 9-year-old company, which employs more than 700 across offices in Philadelphia, Scottsdale, Ariz., and now Seattle, operates what it calls an Accolade Health Assistant. Since taking on Comcast as its first customer in 2009, the company has served as an intermediary, helping employees at major corporations navigate healthcare systems. The idea is to make things more approachable so patients feel comfortable and doctors are able to deliver the best care possible. 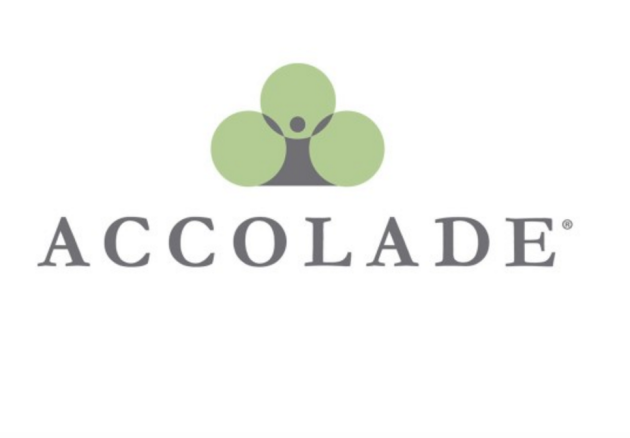 More than 1 million people use Accolade to help make more informed healthcare decisions for themselves, while driving down costs for employers.

But the company recently re-focused on using more technology to help expand beyond its existing customer base, which is made up of large self-insured U.S. employers. Under the new leadership and $38.6 million in fresh funding last year — it has raised more than $100 million to date — Accolade now wants to build a healthcare services platform that offers things like second opinion services, price transparency and telemedicine to a broader range of clients.

There are competitors like Health Advocate and CorpCare, but Singh said Accolade differentiates itself with technology.

“We are taking an incredible model that is associated with a high degree of service and an incredible level of personalization for individuals and families, and marrying it with breakthrough technology that allows you to improve the service and personalization to deliver value that you couldn’t otherwise deliver,” he explained. “That marrying of healthcare expertise and technology is what makes us different than every other player or person in this space.”

Singh noted that his experience at Concur was “absolutely the most thrilling professional journey of my life to this point.” At GeekWire Startup Day 2015, he called the decision to sell the company to SAP “gut-wrenching.”

But you can hear it in Singh’s voice: He’s excited for what’s in store at Accolade.

“There is just no bigger market,” Singh said of the U.S. healthcare industry. “We want to really create a great, enduring, and profitable business while actually making people’s lives better.”

With the exception of Naidu, who previously spent 22 years at Microsoft, and McGee, who was formerly a security engineering director at Expedia, the new hires are all former Concur employees. FitzGerald spent 19 years at the Bellevue company; Thurik at 14 years; Garner at 11 years; Clardy at nine years; and Thompson at two years.

“Knowing the leadership at Concur like I do and the many years I spent there, I know that it is, and will always be, an incredible place to work,” Singh said. “These people are still my friends and they’re interested in what we’re doing over here at Accolade. We’re working to transform the $3 trillion healthcare industry in a way that will change millions of people’s lives for the better. This is the challenge that attracts people to the company.”

Singh said there already existed a “great culture” at Accolade, one that helps the veteran company “feel like a startup.” Now it has the guidance of Singh, Hilton, and several other new employees who have a wealth of experience running a successful technology business at Concur.

“It is a startup in every sense of the word,” Singh said of Accolade. “No one will be satisfied until we build a great business. That is the mission.”