Two co-founders and one longtime executive of Bellevue-based Concur announced today that they’re taking top jobs at a 700-person healthcare company on the brink of making a major technology overhaul. 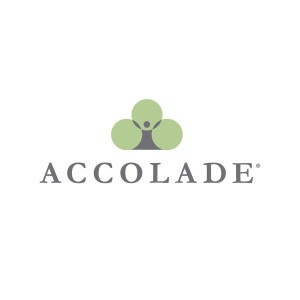 Singh said the new job gives the exec team a chance to build “something great” all over again without having to start from scratch. All three of the former Concur executives will remain in the Seattle area, where Accolade will establish a second headquarters.

The company employs hundreds at offices just outside of Philadelphia and in Scottsdale, Ariz., and it anticipates to one day grow a similar presence in Seattle.

There’s been much speculation about Singh and Hilton’s next move after their departure from Concur, the travel and entertainment expense management company that they founded in 1993 and then sold last year to SAP for $8.3 billion.

Taking the top executive posts at an existing healthcare company based 2,815 miles away marks an unexpected twist. Singh had considered launching a startup with his former business partners in the healthcare arena soon after leaving Concur.

“I wanted to build something that could be great and enduring, and I really wanted the opportunity to make it a positive impact on the world,” said Singh.

Healthcare is a massive and antiquated industry that lacks the “humanity” it needs, said Singh, adding that it’s ripe for a technology overhaul.

But then Singh met Accolade co-founder and outgoing CEO Tom Spann through a mutual friend. Spann talked about an opportunity to take an existing business and fundamentally reshape the way people across the U.S. receive care.

“I was lucky enough to find a place that I fit at culturally and that had already made a whole bunch of strides in solving the problem — and I didn’t have to start something from scratch to do it,” Singh said. “It was about 120 days ago the dialog started, and I kind of got hooked.”

Founded in 2007 and privately-held, Accolade operates what it calls an Accolade Health Assistant. Since taking on Comcast as its first customer in 2009, the company has served as an intermediary, helping employees at major corporations navigate healthcare systems.

I wanted to build something that could be great and enduring, and I really wanted the opportunity to make it a positive impact on the world.

Spann said he’s always considered Accolade a technology company. However, over the past year, he recognized an enormous expansion opportunity to grow beyond its existing customer base, which are large self-insured U.S. employers.

The company now wants to build a healthcare services platform that offers things like second opinion services, price transparency and telemedicine to a broader range of clients.

That expansion meant Accolade needed to embrace technology even more, with a CEO who could drive the change.

“The runway in front of us, how much more we’ve got to do is just incredible,” Spann said. “I love the team we have here, but unless we scale our engineering efforts and data science efforts, we’re not going to get where we need to go.”

The whole arrangement ends up being pretty unique, as a new leadership team is brought in to steer the well-established business.

Spann — who previously spent 26 years at Accenture before co-founding Accolade— is now serving as COO and vice chairman of the board.

“As we enter an exciting new chapter of growth, there’s no better person to lead our company than Rajeev,” said Spann in a press release. “He is a great cultural and strategic fit, and brings proven executive experience building and leading one of the world’s most successful SaaS companies.”

Meanwhile, Singh said that he’s excited to return to the business ranks with his former Concur executives.

“I don’t know anyone who I would rather go back into the trenches with than Mike or Rob,” Singh said. “Mike is as brilliant a product strategist as I know. We’re going back into the trenches both because we enjoy working together, but also because he’s just the very best at what he does. And I feel the same way about Rob.”

Singh said his brother, Steve Singh, is still going strong with SAP and has no plans to join the venture.

“The mission they [Accolade] have here is inspiring. What they’ve got is an opportunity to change the way healthcare is delivered to every person in the United States,” Rajeev Singh said. “The reality was that I knew I wanted to build another company. I feel like I’ve got one other opportunity in me to build something great. So when I left Concur, it was my mission to find what that next great thing was.”