If you are one of the 1.2 million Americans living with HIV, your treatment options are basically limited to taking a regimen of antiviral pills.

But CytoDyn, a Vancouver, Wash.-based publicly-traded biotechnology firm, plans on changing that — and it already has the attention of one high-profile patient.

CytoDyn just raised $33 million to move forward with clinical trials of PRO 140, an injectable therapy for HIV patients that can be described as a “functional cure” for the disease, said CEO Nader Pourhassan..

The new drug would be a revolution in how HIV is treated, Pourhassan noted.

“Many patients that are on HIV pills have to take pills day in and day out, which is a daily reminder of their HIV,” Pourhassan told GeekWire.

Pourhassan explained that apart from being inconvenient, these pills are also toxic: they kill HIV viruses, but can also have harmful side effects.

“[PRO 140] would let patients get off these pills and go back to a quality of life that they used to have,” Pourhassan said. 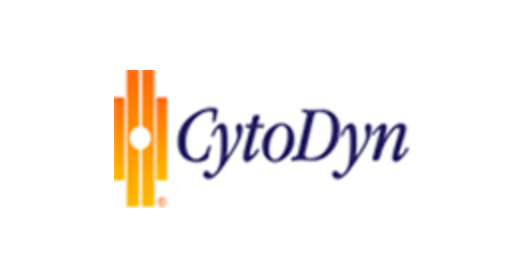 Pourhassan appeared on the Dr. Oz Show earlier this month with actor Charlie Sheen, who revealed that he is HIV positive this past November. Sheen said he’s interested in trying out PRO 140.

“This feels like the next wave of the future,” Sheen said on the show.

CytoDyn has applied to move forward with the third and final phase of PRO 140’s clinical trial. If the drug is approved following these trials, it could be on the market as soon as 2017.

Instead of pills that need to be taken around the clock, PRO 140 only needs to be injected once a week. Patients inject the treatment at home, and the process takes only a few seconds.

This feels like the next wave of the future.

In a patient’s bloodstream, HIV viruses spread by reproducing inside cells. But to do that, the viruses need to unlock the cell membrane using certain receptors.

“The PRO 140 antibody docks to the receptor to stop the virus form getting to the cell,” Pourhassan explained.

Added Pourhassan: “This is the closest thing to a functional cure, but not a cure.”

In past trials, PRO 140 has greatly reduced how many HIV viruses are found in patient’s blood. Several patients experienced suppression of their HIV, meaning the number of viruses in their blood dropped below 200,000. Below this threshold, an HIV patient can no longer spread the disease.

A few patients in the trials even dropped to zero HIV viruses in their blood. Unfortunately, this doesn’t mean the virus has been removed from a patient’s body— viruses still live in patients’ organs. There is no known cure for HIV.