Zillow Group’s earnings report on Tuesday met analyst expectations for the company’s top and bottom lines, but the real good news is that the company is ready to move on from the Trulia acquisition that has dominated the conversation all year.

Zillow posted earnings per share of 7 cents, compared to a 3 cent loss analysts were expecting. Revenue, meanwhile, came in right where expected at $176.8 million, up 13 percent from the same time last year. 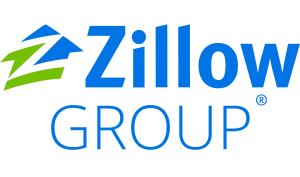 This was a risky quarter for Zillow, as the company finalized integration with Trulia and got to see for the first time what kind of revenue the two platforms could generate together.

Zillow CEO Spencer Rascoff told GeekWire in an interview that everything went according to plan, and it turned out to be more a more profitable quarter than anyone imagined.

The company was able to save on things like sales team headcount because it can pool resources across Zillow and Trulia. It’s also able to use its broader user base to up-sell advertisers. Average monthly revenue per advertiser climbed 20 percent to $402 this quarter.

“What you’re seeing is this emergence super agents,” Rascoff said. “These agents are spending a lot of money on online advertising and are building their business on the Zillow Group platform.”

Rascoff added that it’s been a long journey since Zillow announced plans to buy longtime rival Trulia for $2.5 billion in July 2014. Not only were there engineering hurdles as the companies were combined on the backend, but there was also all of the cultural challenges of combining two longtime competitors. The later piece, Rascoff said went “far better than I could have ever hoped for.”

“I was fond of saying in 2015 that 2016 can’t come soon enough. Well, from a Zillow Group perspective, 2016 is now,” he said. “We are excited to start this next chapter with the integrations behind us. In this next chapter we believe we can grow revenue even faster as a combined company than we grew in 2015.”

Zillow’s stock price has been bouncing around in after hours since the earnings report was released, immediately spiking but now trading down about 5 percent.