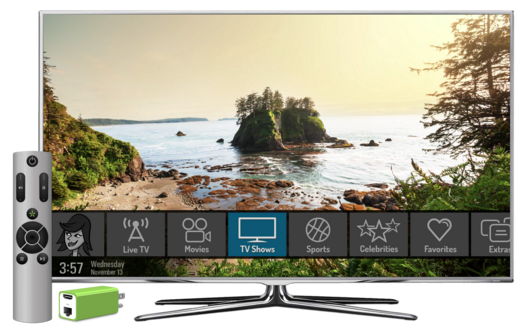 WebTuner is ready to start selling its “next generation TV experience” to consumers and is reeling in more cash in order to do so.

The Redmond company has raised a $4.15 million round led by HHM Plus LLC and a group of private investors. Total funding for the five-year-old company is now $20 million.

WebTuner was in stealth mode for the better part of the past half-decade, filing more than 100 patents in the process. But in 2014, the company revealed more details about its plan to create an “end-to-end broadband television platform.” 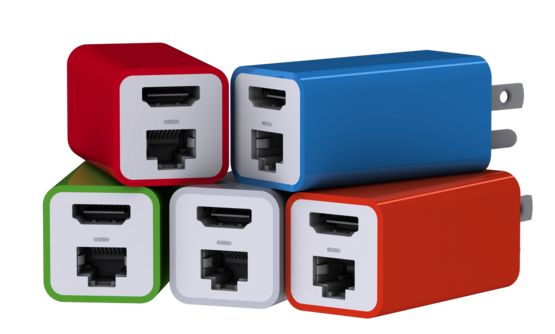 Now, with a new CEO heading up operations, WebTuner is set to unveil its hardware and software products to customers.

The company has developed a small $99 WiFi-enabled dongle that plugs into an outlet and has an HDMI port on the other side to connect to a television. Its on-screen software lets users watch both live TV and on-demand content from apps like Netflix and HBO Go, while unifying the entire experience on one platform with a unique guide. For now, WebTuner is staying quiet about where exactly it gets its live TV content from, only noting that it will come from over-the-top and over-the-air solutions.

Separately from the WebTuner TV product, the company also has a new mobile video service called binj that lets people watch online videos from multiple content sources like YouTube. WebTuner said it has built a “very unique search and curation approach” for binj.

Finally, WebTuner has also developed its own Android-based unlocked “phablet,” which retails at $249, features a 7-inch HD screen, and comes pre-loaded with the binj app.

New CEO Alice Schroeder told GeekWire that the company plans to make money via sales of the dongle, sales of the binj tablet, advertising/revenue-share from the binj app, and by licensing its WebTuner programming guide to other businesses.

Schroeder took over the CEO reigns last year from founder Bernee Strom, the former president of Bellevue-based InfoSpace and former executive at Gemstar-TV Guide. Schroeder has been a WebTuner board member since 2012 and became chairman in March 2015. She’s the author of the New York Times bestseller The Snowball: Warren Buffett and the Business of Life.

“When [Strom] passed the baton to me, the board decided I was the person best-suited to step in and run the company short term,” said Schroeder, who will remain CEO for at least the next two years.

Clearly, WebTuner faces competition from giants like Apple, Amazon, and Google who all sell their own over-the-top TV hardware/software products. But Schroeder said that they “don’t have our form.”

“We are the only product that is pocket-sized and doesn’t take up a lot of space,” she said. “You can carry it around with you — it really appeals to people.”

The 16-person company also differentiates itself with the binj app and tablet, which were developed recently as WebTuner shifted to a new management style earlier this year.

“We are now working on products with a much shorter development cycle, more software-oriented — things we thought were able to be successful in the app-based world,” Schroeder said.