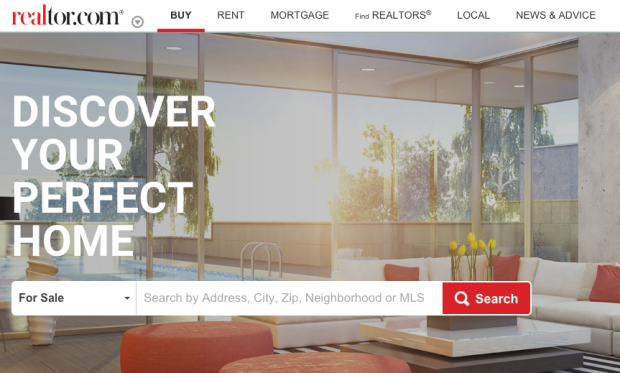 Zillow is still the clear leader in the online real estate industry, but Realtor.com released some stats on Wednesday that should send shivers down the Seattle company’s back.

Realtor.com, which is owned by Move, Inc. and was acquired by News Corporation in November 2014, grew average unique monthly users by 42 percent over the past quarter compared to the same time last year. Zillow, meanwhile, grew by 22 percent.

Realtor.com also boasted it had jumped from No. 3 in the online real estate market to No. 2 with what it called “industry leading growth.”

This is just the latest in a rivalry that has been brewing for years. Zillow overtook Realtor.com to become the most valuable real estate site in 2011, and has had a target on its back ever since.

Move even filed suit against Zillow after the company hired away some key employees, including executive Errol Samuelson.

The most recent numbers were released during News Corp’s quarterly earnings call, when the company went out of its way to point out how it has been able to “turbo charge traffic” for Realtor.com as the site gears up for a comeback.

It’s all part of a strategy to leverage the many media properties the site’s new parent company owns, including The Wall Street Journal, Barron’s, MarketWatch and Fox.

“We have widgets or ads on 500 million pages that are seen by people,” Realtor.com CEO Ryan O’Hara said at the Inman Connect conference in California last week. “I think it’s part of the reason that we’re catching up is that the synergy is working. It was one of the theses of the acquisition.”

Since the acquisition in November, the site’s user base is up more than 70 percent, News Corp executives told investors during the earnings call.

But the competition is most definitely heating up — and it could be a costly battle.

In May, Move launched a new look and national ad campaign. In a release announcing the campaign, Realtor.com said it hoped to “position the brand as the best – and truest – provider of real estate information and services for buyers, sellers and renters of properties in the U.S.”

Meanwhile, Zillow has talked about its own plans to spend more than $100 million on advertising in 2015, with the majority of that coming in the second half of this year.