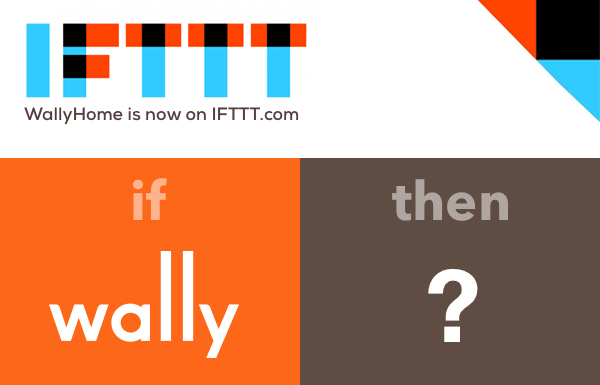 Wally, the home sensing system produced by Seattle-based SNUPI Technologies, became a whole lot more useful today by adding support for If This Then That (IFTTT) to its software platform. The system’s hardware includes a number of sensors – most notably a water sensor that detects leaks – and relays information about those sensors over the internet. This integration allows people to set up recipes that automatically perform actions when a set of trigger conditions from those sensors are met.

For example, a user could set up a rule that blinks an internet-connected Hue lightbulb whenever one of Wally’s sensors detects water. The company also suggests a recipe that would turn on a fan or dehumidifier (by switching on an internet-connected outlet) in the event one of its sensors detects a room getting too humid. IFTTT can even be used for maintenance tasks – users can set up a recipe to remind them to check on a sensor that has stopped working.

Those aren’t the only options, either: Wally has a total of 16 suggested recipes that integrate a variety of services.

SNUPI is far from the first company to forge an alliance with IFTTT, which has become a nexus for smart home devices like Wally that want to integrate with other services. The site also features interactions from products like Philips Hue lightbulbs, WeMo switches and the Nest thermostat.

By connecting to IFTTT, Wally and other devices can easily integrate with one another without having to cut dozens of partnership deals with those companies. What’s more, the service automatically works with other companies who sign up for IFTTT in the future.