At our recent GeekWire Summit, we made a point of asking two consistent questions as part of our broader conversations with leaders in the fields of technology, business and science: “Are you concerned about the tech bubble bursting?” and “What will be the most important technology of 2018?”

That second question was particularly interesting because it drew a wide range of responses, providing a glimpse of the future through some of the top minds in the field. We’ve collected all of their responses here, along a video recap of insights from GeekWire Summit attendees on the same question.

“The self-driving car thing is totally fascinating to me, and it’s happening. I remember just two years ago … do you remember how crazy it was when you heard that Google was working on self-driving cars? You were like, that’s stupid, that’s crazy, why is Google doing this? And now it’s just a couple years away, and I don’t think we’ve even scratched the surface of the implications it’s going to have on the economy — on real estate, think about commuting patterns and home values. All of a sudden if that hour commute to Edmonds is productive, then we all live in Edmonds now, and it won’t be such a big deal. It’s going to change a lot of stuff, the insurance industry is going to change radically if there are no more car accidents or radically fewer. It’s going to affect huge sectors of the economy in ways we haven’t thought through yet, and it’s going to happen, which really surprised me.”

“You’re probably not going to like this answer, but I would say visual marketing based on Pinterest, YouTube and Instagram. We’re still n00bs and we’re still clueless when it comes to marketing distribution channels based on mobile, video and pictures. But those technologies are widely used by everyone on the planet who has a smartphone. Particularly those platforms, and maybe other picture and video platforms that are emerging are great for purchase behavior. They’re pretty much the thing that people use to figure out whether they’re going to buy something. Let me look at it. Let me see a picture, let me watch a video. No secret that people buy lots of shit on late-night TV or Home Shopping Network. Hopefully we can make that experience a hell of a lot better online, but using pictures and videos to convert buyers is a very, very straightforward application of technology that most entrepreneurs really don’t understand all that well.”

“I think it’s going to be something that people don’t even realize, but more of the devices in the home will just depend on the network. Without an Internet connection, your house will not work. People will then be surprised if their lights stop working if a startup goes out of business. And they’re going to be pissed.”

“The most important thing we could have in the next three years is an antibiotic that can defeat drug resistance. There is one in the pipeline called Teixobactin, which uses an entirely different method. It frustrates viruses and bacteria at the cell wall, which is something new, rather than in the cytoplasm. And if we have this in our arsenal for the next big plague, to me that would be the most exciting thing.”

“I hesitate to call it the most important, but I agree that the thing that’s changing people’s lives the most is mobile devices.”

“I call it the ‘end of wonder.’ Right now, you can know anything in 8 seconds. But what we can’t do yet is solve some of the really big problems that data can help us solve, and I think, over time — 2018, hopefully — we’ll start seeing these solutions themselves help create a world where the data scientists are not having to go in and look at all the data and make sense of it, and normalize it and understand how to answer the question we’re asking, but rather, we’ll flip that around, and the data itself will be telling us what question we should be asking. And so, things like Hadoop and Spark and Giraph, HDFS, all those things are on the cusp of creating some really interesting discovery.” 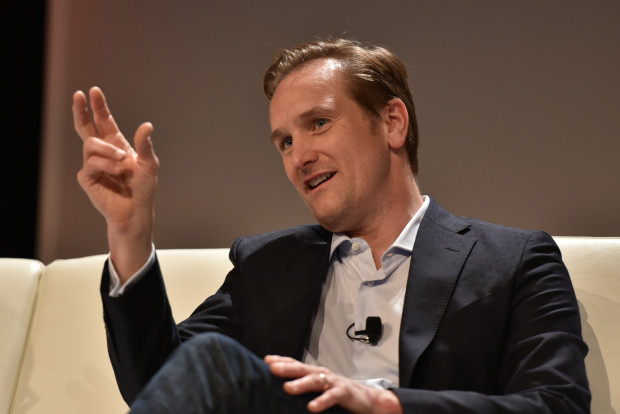 “Electric vehicles. I think self-driving is going to take a little longer than 2018 to get that figured out. Anybody that’s been lucky enough to be exposed to one of these very nice electric vehicles, it’s just a better car. It just is. Whoever ends up owning that market, I don’t know, but this is the future of cars. They’re going to self-update; they’re going to be like your phone. That’s going to change a lot of infrastructure.”

“Uber has done a lot of things in this mobile-first, on-demand economy. As we have gone forward, there has been an immense amount of competition and other things that have sprung up, and I think there’s going to be a lot more in that area. I really feel like the industry as a whole, we’ve just scratched the surface of what can be accomplished. In our business, there are people all over the world that didn’t necessarily have access to Internet that now have access to mobile phones. They actually might not use email. It’s very common in some countries to have an email address and not use it, or maybe not even have one. But what you do have is a mobile number. You do have a mobile device, and there’s a lot of opportunity especially in the developing world to build some really cool products in that space.”

“Let me give you a quick example behind this. If you look at an airplane, just an airplane engine is a million parts. Each of these components is starting to be built with sensors in it that tell it’s manufacturers, this is how I’m functioning. These systems now are starting to communicate with other systems. Imagine that automatically scheduling a repair for itself. I have to get repaired in three months, and this plane is going to be in this location over the next two, three, four weeks, whatever it is, and then automatically scheduling the repair, automatically scheduling the people to do those repairs. This is where systems start to talk with one another and start to take action on behalf of you as an individual. That’s where the world is going. Massively connected environment.

“To me, as we are getting the cost down to get to space, that’s key — that’s been a barrier, and that is happening. So, certainly by 2018, you will have multiple launches for a lot less money. That opens up what you’re doing in space to new markets. We’re obviously going to look more at optical communications. It’s more important than most things right now, broadband. And remote sensing. Having the capability with hyper-spectral imaging, new types of imaging, to manage our resources on this planet better, from space. Those are all clearly going to be drivers.

“In the far out, if you look at 2018, 2019 is when we’re going to launch the Webb Space Telescope. I have often looked to the scientists behind that as to what do we mostly look forward to in that, and they believe we will, within the first six months of Webb being turned on, see a blue planet orbiting a distant star, for the first time. That would change our perspective on our own blue planet.”

“We’ve been on this path of human-computer interaction, starting with our controller, and with Kinect, and now with HoloLens, of trying to remove barriers between input and output that humans have in interacting with the technology around them. I see us continuing to do that, with HoloLens and beyond, and I think as that line blurs, and the advancements of technology become more accessible to more and more people through input, through price point, through ease of use, I think that to me is the biggest impact we can have on the planet. Bringing this type of technology to more and more people, where it’s not about control, it’s not about the technology itself, but what it enables.”

“We’re working on a couple ideas that I don’t want to necessarily announce here right now. Sequoia likes to talk about tidal waves and putting surf boards on tidal waves. I do think there’s some massive shifts going on. One area we’re interested in is, for example, the trillion dollars of student loans. It’s a huge area. Someone needs to address that even more than it’s being addressed. One area is this massive proliferation of phones and having incredibly powerful computers in your pocket. What does that mean. We have this great company, Spare5, out of Madrona Labs, that takes advantage of the fact that really smart people have these phones in their pocket. We like that trend of being mobile and being able to access computers anywhere, anytime. Still today, when you’re doing education, it’s just complete crap. If you’ve ever used any training or any kind of education online, it’s typically an awful experience; I think there’s massive change that can happen there.  I’m really excited about self-driving cars, though, for 2018.”

“The stuff coming out of deep learning. Deep learning is this mechanism for exploiting large volumes of data that’s just remarkable.”

“Deep learning applied to really understanding human discourse. Really understanding what’s in your emails and attending to that. But 2018 is also big outside of AI, because we might technically see the end of Moore’s Law. We’ll hit 7 nanometers.”

Markoff: “Although IBM just had this research report. They think they’ve found a way past 5 nanometers, based on carbon nanotubes. It’s a research report, it isn’t science today. Just last week I tried to kill off Moore’s Law …:

Lee: “There is a Moore’s Law that the number of people predicting the end of Moore’s Law is doubling every 18 months.”

“For us, it’s a global identity network, which we’re building. I think if you just sit back and think about technology itself, some of the stuff that I’m watching, which is amazing, is the combination you’re seeing in medicine and biometric stuff. You’re seeing contact lenses that can replace the retina in your eye and have much more acuity than the human being can have. That’s already looking like it’s going to be FDA approved in the next couple or three years. When you start to see the combination of technology being applied to the human being itself, you’ll see some amazing things happen. In that 2018 timeframe there will be some big headlines, I think.”