UNIVERSITY PLACE, Wash. — As he arrived at Chambers Bay on Monday, Ben Giunta’s phone buzzed. It was a text message from Francesco Molinari, the Italian professional golfer who was preparing to play in the 115th U.S. Open just a few days later.

Molinari, a Nike-sponsored golfer, wanted to tweak his new hybrid club to see if he could get a few extra yards. Giunta, a PGA Tour technician for Nike Golf, was his guy.

“He wanted to get a little more out of it,” Giunta said of the hybrid. “He also just switched to the new product and it had a different shaft. So we put his old clubhead back on with the new shaft. We also bent that particular clubhead with a bending block machine. I haven’t heard from him since, so I assume it’s fine now.”

This was all made possible on such short notice thanks to Nike’s equipment truck trailer, nestled between the practice range and TV production compound at this week’s U.S. Open. The mobile workshop sits among several other trailers owned by golf companies like Callaway, TaylorMade, Titleist, and others who set up shop before every golf tournament to help their athletes with any club changes. 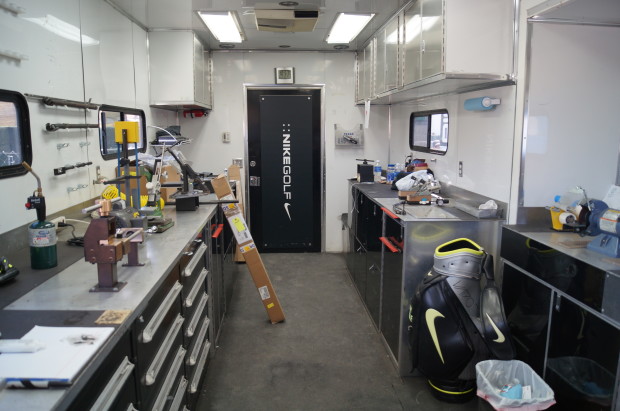 The trucks travel around the country to weekly golf tournaments, typically arriving at a course on Sunday and leaving by Thursday morning when the competition gets underway.

“We utilize this trailer to serve the athlete,” said Giunta, a former collegiate golfer and nine-year Nike veteran.

GeekWire had a chance to tour Nike’s truck this week at Chambers Bay, where the world’s best golfers are competing in the second of golf’s four annual major tournaments.

This particular trailer was Nike’s “JV” version — the main one is on the east coast — and was a bit smaller and stripped down from the typical rig, which has double the space with room for a player hang-out area and an abundance of accessories like balls, gloves, shoes, and more.

But it had the basic necessities, which include everything from club heads, shafts, and a bevy of tools you’d normally find inside a golf club factory. For example, there’s a “shaft puller,” which pulls golf clubs apart.

“Once a club is assembled, we can put heat on it with a torch and it breaks down the epoxy and we can pull it apart,” Giunta said. 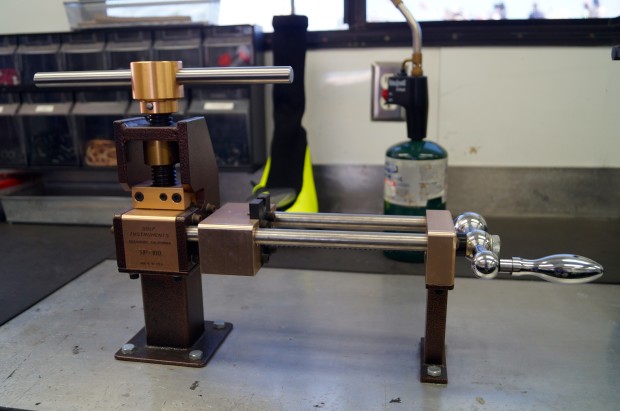 The machine below can measure a club’s loft, face angle, plank position and more. “This is the foundation of how our golf clubs are engineered, designed, built, and measured,” Giunta said. 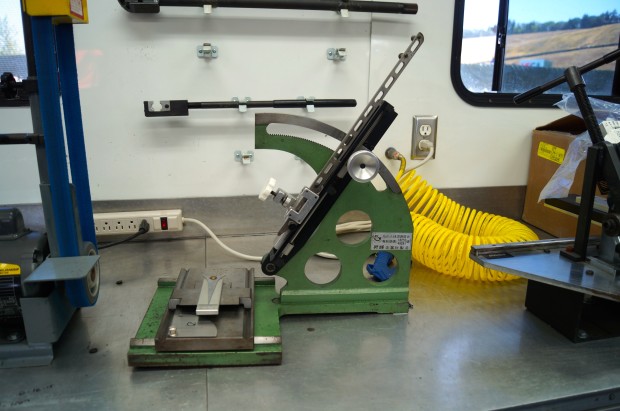 This machine is used specifically to measure loft and lie angles for irons: 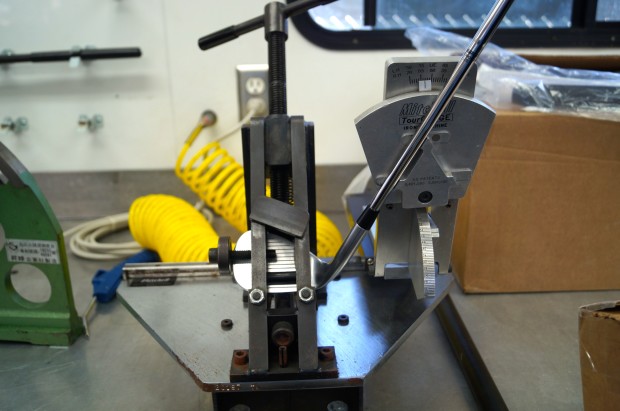 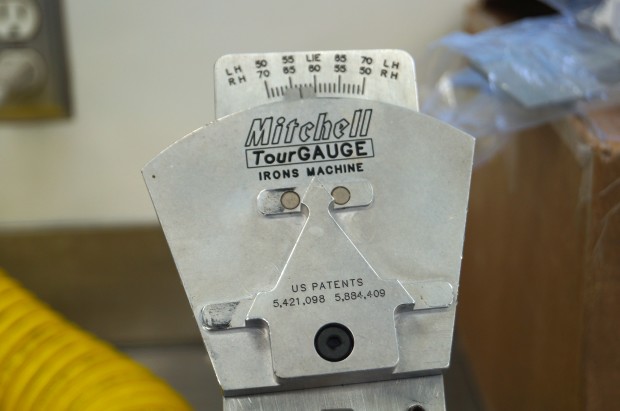 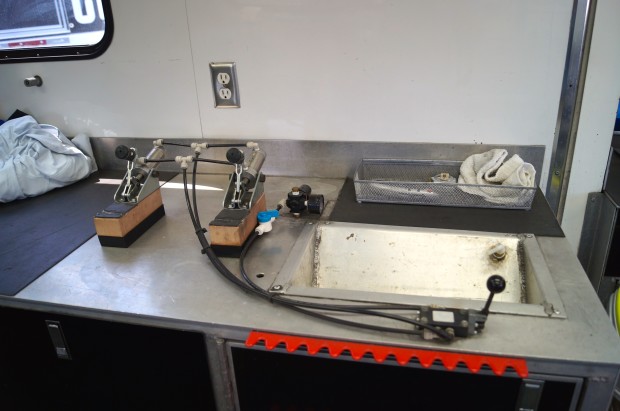 Giunta said that most club tweaking happens in the fall and winter, when Nike introduces new products for its athletes, which include guys like Rory McIlroy and Tiger Woods. By the time the PGA season kicks off, most players aren’t making big changes, but having the truck on-site at tournaments each week is still important.

“It’s one thing to test a club on the driving range, but it’s another to test it in competition,” Giunta said. “Sometimes things don’t react in tournament play like how they react in practice.” 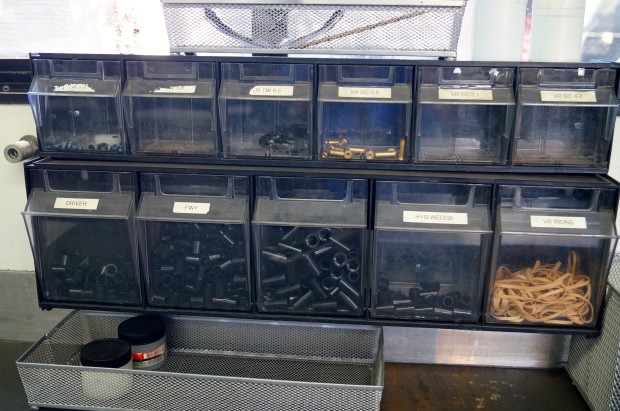 Giunta added that small club changes can really make a big difference for some players. At the end of the day, though, he said the truck primarily exists to help players feel comfortable on the course.

“The biggest thing this gives a player is confidence in their equipment,” he said. “It helps them go out there and play the best they can, believing they can hit the shots with the equipment they have in their bag.”