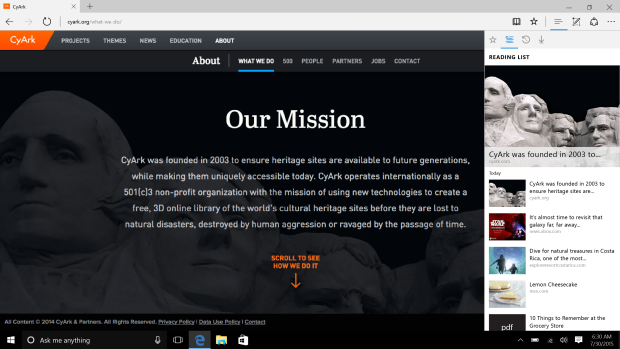 With today’s debut of Windows 10, Microsoft has launched the new Edge browser, a brand-new web browser that jettisons the legacy baggage of Internet Explorer and promises better support for web standards. Even though Edge is now in the wild, tracking usage and adoption of the browser is going to be problematic for many web developers and site owners because tracking for Edge is not yet supported in Google Analytics.

Web developers and designers frequently consult Google Analytics to answer important browser usage questions for their website. Answers to questions like “Do we need to still support IE8?” or “Are there enough users affected by this particular Chrome bug to implement a hack to fix it?” are usually answered by running a browser usage report in Google Analytics. Google Analytics provides an easy way to break down a website’s readers by their OS, browser and browser version, except in the case of Edge.

Taking a look at Google Analytics reports for Operating System Version in Windows, you’ll notice that there is no version 10 listed. However, it appears that Windows 10 is being reported as “NT”. We discovered this by looking at the traffic history, and we began seeing web traffic from “NT” in July 2014. 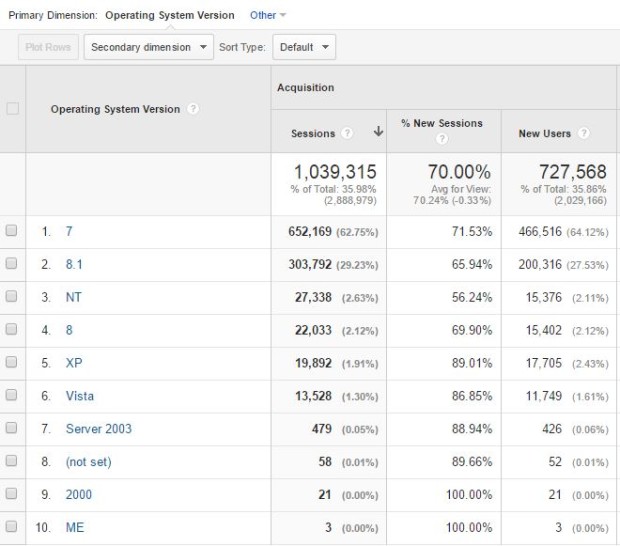 Identifying the browser and browser version is more problematic. Edge is listed nowhere in the browsers report for Windows users, even though we know that we are getting web traffic from Windows 10 users. 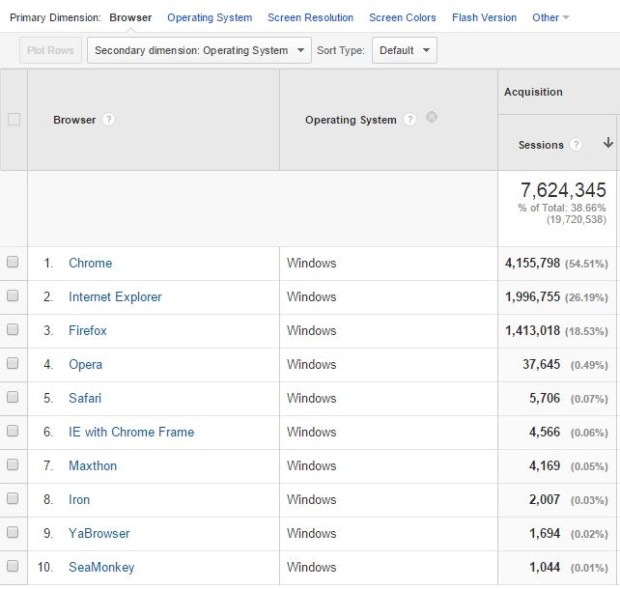 Google Analytics uses the user agent string to identify the OS, browser and browser version. The user string is a small snippet of text that your browser sends each time it requests a webpage to identify itself. In the case of Microsoft Edge, there is a brand new user agent string, as follows:

This string is the Chrome UA string, essentially declaring that the browser is a specific version of Apple WebKit, Chrome, Safari and Edge, all at the same time. While it may seem a curious choice, the technical reason for this is that Microsoft doesn’t want its new browser to fall victim to user agent sniffing, where web developers watch for particular browsers (often IE) and disable certain features on the website to make sure their site works. For a new web browser designed with web standards support in mind, Microsoft didn’t want to be falsely identified as IE, which is smart.

The result of this user agent string change is that it appears Google Analytics is falsely reporting Edge as Chrome. It looks like the Chrome version number may have changed a few times during the Windows 10 beta, so it gets intermingled with the hundreds of other Chrome versions that appear in Google Analytics reports, making it really difficult to get an accurate gauge of Edge usage for your site.

We’re not sure what the delay is with Google Analytics support for Edge, as Google has had many months to add support for Edge. While it is using the Chrome UA string, Edge clearly identifies itself as “Edge/12” at the end of the string. It also sends “10.0” as the Windows version number, which should be tracked as well, rather than “NT.”

For the time being, web developers are going to have to muck around in the Google Analytics reports to try and glean Edge usage statistics. We’ve reached out to Google for comment and will update this article when we hear back.