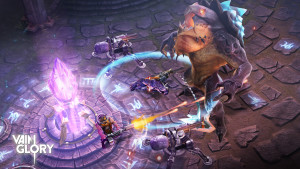 It’s obvious that the continued growth of smartphones and tablets has been a boon to the mobile gaming market, but new data from the NPD Group shows that mobile gamers today are spending much more time playing now than they were just 2 years ago.

On average, mobile gamers are spending more than 2 hours a day playing games on their smartphones and tablets. That’s up 57 percent from 2012, when mobile gamers only spent an average of one hour and 20 minutes per day gaming on their mobile devices. Tablet growth has been driving the increase in time spent: people play more games on larger format devices, and spend more money on games they play on a tablet, too.

More people are comfortable with paying for games that use in-app purchases to generate revenue, too. In a statement, NPD analyst Liam Callahan said “more than twice the number of app gamers reported making an in-game purchase than they did when we conducted this study two years ago.”

Unsurprisingly, kids between the age of 2 and 12 spend the highest proportion of their time playing games versus other activities. They also account for a lot of the money spent on the mobile gaming market: the amount of money spent for them on new games and in-app purchases over a 30 day period was second only to the amount of money gamers aged 25-44 spent in the same amount of time.

“There’s no denying the important role kids play in driving revenue,” Callahan said. “But it’s the adult gamers who are spending more than kids and teens. This group also tends to be the decision-makers for their young children’s gaming experiences, making them a prime target for developers and marketers alike.”

The growth of mobile gaming isn’t a death knell for traditional consoles, either. The survey revealed that the majority of mobile gamers also play games on other platforms, with only one in five of them choosing to play games only on mobile devices. Console and computer gamers continue to play just as much as they were a year ago.

But other gaming platforms have a key disadvantage when competing for users’ time: they can’t be everywhere. Mobile devices have the greatest amount of play time, regardless of the number of devices someone uses to play.