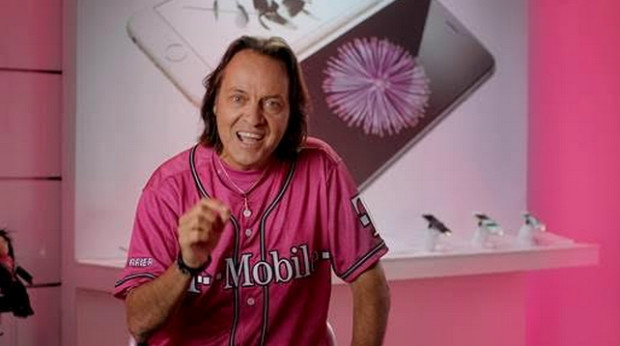 T-Mobile CEO John Legere has always had a big crush on Apple, and today his Bellevue-based wireless carrier is bolstering its relationship with the iPhone maker through two bold moves.

In his typical cutting style, Legere — relaxed from a recent vacation and appearing in a T-Mobile baseball jersey — announced that the company will start streaming Apple Music for free effectively immediately as part of its Music Freedom initiative.

Legere said that Apple Music has been the most requested service as part of Music Freedom, which now boasts 33 music channels, including Rhapsody, Spotify and Pandora.

True to form, Legere also took a moment to hammer his rivals, calling AT&T “greedy bastards” and noting that the 131 million songs that T-Mobile customers stream each day would absolutely overwhelm his rival.

“If AT&T customers streamed that much music, they could be paying upwards of $2.3 billion a year – and that’s not even factoring in overage penalties,” Legere wrote in a blog post. “The other guys tax and toll every single note of every song you stream. So 39% of US wireless users we asked said they avoid streaming on their phones−over half because they worry about shock overages. So, again, the carriers’ obsession with bigger profits comes at the expense of their customers. Which is just plain stupid. Because we’ve shown the carriers a better way. They’re just too shortsighted to see it.”

In addition, Legere unveiled a new way for T-Mobile customers to upgrade their iPhones, locking in a $15 per month price with trade-in. Calling it an “industry-first,” Legere said that any customer who buys a new iPhone 6 this summer or has purchased one in the past will be able to upgrade it at no cost before the end of the year.

“Just swap it out and pay NOTHING more—nothing up front and no change to your monthly payment.  No deposit.  No fees. Nothing. You get the next iPhone guaranteed,” writes Legere. “And you get to LOCK IN that industry-best promotional price of $15 a month.”

T-Mobile says the new program is designed for those who are on the fence about whether to buy a new iPhone or not.

The moves by Legere and crew appear to be working, with T-Mobile adding more than twice as many phone subscribers as Verizon in the second quarter of 2015. T-Mobile announces earnings on July 30, but in preliminary numbers released earlier this month the company said that it added 760,000 postpaid phone customers. That compares to 321,000 customer additions for Verizon.

Here’s the full video of Legere announcing the new services.