Ready to get that Starbucks coffee delivered to your desk? CEO Howard Schultz confirmed on the company’s earnings call Thursday that Starbucks will roll out delivery service in the second half of 2015 — describing the plan in a bit more detail than when he announced it last quarter.

The company is “finalizing plans for two distinct delivery models, one of which utilizes our own people, green-apron baristas, and the other of which leverages the capabilities of a third-party service,” he said. “We’ll have more to share with you on our plans for delivery in the months ahead, but rest assured that delivery, like Mobile Order and Pay, will drive incrementality and increase customer loyalty.”

Schultz didn’t name the third-party delivery service, or even say whether the choice of service has been finalized yet, but powering even part of the Starbucks delivery service would be a significant piece of business for someone. We’ve asked the company for more information and also put out feelers to see if we can find out independently.

The delivery plan is part of a broader push by Starbucks to engage with customers in new ways, extending the relationship further beyond its stores by leveraging its smartphone app. 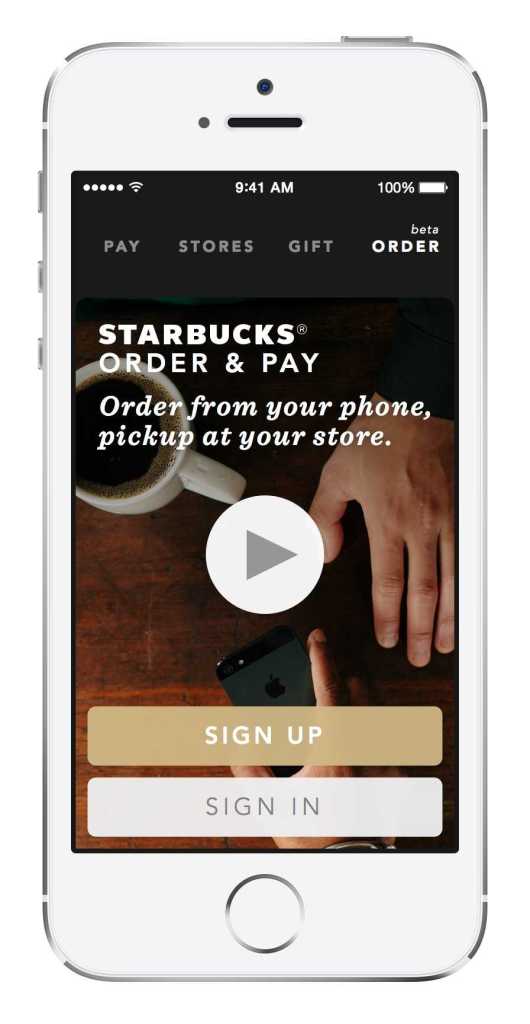 Schultz’s comment about Mobile Order and Pay was a reference to the pilot program that Starbucks started rolling out in Portland, Ore., last month — allowing customers to order coffee and food ahead on their phones, and pick it up in store without waiting in line.

On the call Thursday, Schultz said mobile ordering has been “extremely well-received” by customers in Portland, and the company will be launching the program in more than 600 stores in the months ahead in the Pacific Northwest, prior to a national rollout later in 2015. A Starbucks spokeswoman confirmed yesterday that the upcoming phase of the rollout will include Starbucks’ hometown of Seattle.

Schultz explained, “Our experience to date confirms that, once fully rolled out, Mobile Order and Pay will drive a significant increase in mobile payment transactions in our stores overall, and have a flywheel positive effect on our overall business, driving both increased MSR (My Starbucks Rewards) membership and app usage, and creating significant additional one-to-one marketing opportunities.”