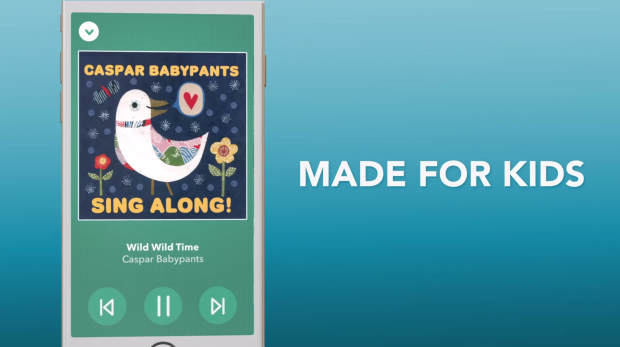 Streaming is the future of music, but you might not want your kids getting into every tune on Spotify or Google Music. A new service introduced today from Seattle-based Rhapsody is a streaming walled garden curated for kids.

“As the original streaming music service, we have a deep base of customers that have moved into a new chapter of their life and are hungry for a way to share music with their kids,” Rhapsody CFO Ethan Rudin said in a statement. “With Rhapsody KIDS, we’re excited for parents to share their love of music with their young kids in a fun, safe and controlled environment.”

Is your kid growing out of SpongeBob songs but you still want some control on what they’re listening to? Rhapsody KIDS lets parents enable broader content on a case-by-case basis in addition to the curated playlists and albums. Parents can also download music to devices for offline listening away from home.

Rhapsody is trying to draw users from other streaming services like Apple Music and Spotify. With kid-specific music in a walled garden environment, Rhapsody may be able to attract parents who want a more selective streaming option by repackaging content they already have rights to stream.

Rhapsody KIDS is included as part of a Rhapsody Premier subscription, which is available for $9.99 per month. The Android app is rolling out today and the iOS version will be coming soon.