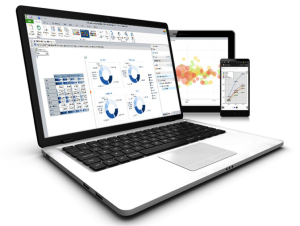 Pyramid Analytics, a business-intelligence technology company with U.S. operations in Bellevue, Wash., has raised an additional $30 million in funding from Viola Private Equity and Sequoia Capital, an earlier investor in the company.

The company, headquartered in the Netherlands, says in a news release that it will use the funding to expand its workforce, create stronger ties to its partners, improve its sales pipeline and build market share in key areas.

“This funding allows us to expand and take advantage of growing momentum and interest in our platform,” said Omri Kohl, co-founder and CEO, Pyramid Analytics, in a statement announcing the funding.

Pyramid, which competes against companies including Tableau Software, earlier this year announced a strategic alliance with Microsoft including integration with the Redmond company’s Power BI software.