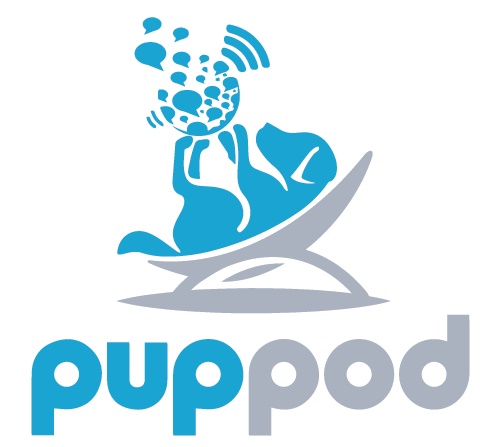 “Our goal is to create a computer for dogs,” said Eidus. “We believe that in the very near future, dog products will connect to the Internet of Things and there is an opportunity to invent a user interface and applications specifically designed for dogs.”

The duo conceived of PupPod and created their first prototype at Startup Weekend last year. The device is an Internet-connected multi-level game and learning system for dogs. Audio commands give instructions and users — er, dogs — are rewarded with treats when they successfully complete the actions. The learning system recently took home the audience choice award at TechCrunch’s Seattle pitch-off earlier this summer.

PupPod has been tested with over 100 dogs and plans to launch the product on Kickstarter next month. You can watch one of the beta testers in action below:

Penny the Pug plays PupPod Level 4! Now she has to listen for the right sound for her to make contact with the Kong and get a treat.

An automated dog-treat dispensing system that includes video, PupPod reminds us of the iCPooch, created by 14-year-old Spokane entrepreneur Brooke Martin. (You may recall that Martin didn’t score any cash on a recent episode of Shark Tank, though she did win the Inventions We Love segment at last year’s GeekWire Summit).

We caught up with Eidus for this Startup Spotlight, a regular GeekWire feature.

Explain what you do so our parents can understand it: “We’re making a computer gaming and learning system for dogs. The system has multiple levels, so dogs have to keep thinking to keep earning treats. The product includes a video camera so pet parents can watch their dog play when they are away from home.”

Inspiration hit us when: “When Microsoft’s Xbox Kinect came out and there was no longer a need to hold a controller for input, I thought, why can’t a dog play a video game?

This turned out to be a terrible idea, but I found it hard to believe that dog products wouldn’t become connected to the Internet in the near future. This realization prompted the question, ‘What would a computer look like if a dog invented it?’

I thought about the span of innovation that’s taken place from the Atari I had as a kid to the Xbox Kinect. This was juxtaposed against the lack of innovation that’s taken place with dog toys. I saw an opportunity to create a new product category to help dogs reach their intellectual potential and help pet parents feel less guilty about leaving their ‘furry kids’ at home while they were at work.”

VC, Angel or Bootstrap: “The company is currently bootstrapped and supported by family and friends. PupPod will be available to supporters starting Sept. 15th via Kickstarter.”

Our ‘secret sauce’ is: “There are a few things PupPod is doing that are really unique relative to other early entrants to this emerging product category.

Most importantly, we’ve designed for the dog first. PupPod will be fun and engaging for pet parents, too, but applying the principles of user centric design to the dog allows us to polish subtle details of the user experience that matter to a dog.

PupPod’s ability to capture data and video is a game changer for the product category. There are no products on the market that do this. Pet parents are really interested in understanding how their dog’s brain is evolving and competitive pet parents love the idea of data to show how smart their dog is. Input from dog experts indicate that the capabilities of data collection synchronized with video will be a revolutionary tool for canine research.”

Pet parents are really interested in understanding how their dog’s brain is evolving and competitive pet parents love the idea of data to show how smart their dog is.

The Kong Wobbler we’re using has been around for years and gives pet parents the confidence that their dog won’t be able to destroy the toy housing and eat the components, which is an obvious concern. The Pet Tutor dispenser is the best treat dispenser on the market and uses Bluetooth, so we have a standard interface for triggering treat dispensing. These partners have allowed the PupPod team to focus on the missing components such as computing hardware, software, and user experience, where we add value.”

The biggest mistake we’ve made so far: “We underestimated the cost and risk of trying to build our own treat dispenser. We burned about three months exploring this option before we arrived at the conclusion to leverage third party dispensers. If I could do it again, I wish we came to that conclusion quicker.”

Would you rather have Gates, Zuckerberg or Bezos in your corner: “Zuckerberg. He’s a huge dog fan and he would get the social implications of connecting dogs to the social graph. The social graph is all about connections between people and the important things in their life. For pet parents, their dog is a huge part of their life that drives economic decisions and social connections. This data is largely missing from Facebook, but could fit nicely with their advertising platform.”

Our favorite team-building activity is: “Usability testing with dogs. The team really gets a lift when we see the response from the dogs. It’s an affirmation that our hard work to invent something new is going in the right direction. When you see their doggie brains thinking and learning and figuring the game out, it’s a lot of fun.”

The biggest thing we look for when hiring is: “Trust. If you are going to make the investment to ramp someone up, you want to trust that they will move the ball downfield. As CEO, you don’t have time to micromanage folks. A CEO I worked for early in my career was quoted as saying, ‘I give smart people the tools to succeed and get the hell out of their way.’ That quote always stuck with me.”

What’s the one piece of advice you’d give to other entrepreneurs just starting out: “Find a co-founder who is strong where you’re weak and visa versa. I take the lead on all marketing and business tasks while Kandarp takes the lead on all engineering tasks. We push each other, but ultimately trust each other to own deliverables and decisions. And don’t be greedy or the whole thing will fall apart.”