After graduating four classes of young startups, Portland Incubator Experiment (PIE) is shutting down its accelerator — but it still wants to help entrepreneurs build businesses in other ways.

Founded in 2009, PIE started as a downtown Portland co-working space inside kingpin advertising company Wieden+Kennedy. But less than a year later, it quickly morphed into an accelerator, following in the footsteps of organizations like Y Combinator and Techstars while harnessing its relationship with W+K to help up-and-coming startups like Cloudability, Vadio, and AppThwack get off the ground with small amounts of seed funding, mentorship, office space, and access to other resources.

Fast forward five years, though, and PIE co-founder Rick Turoczy thinks it’s time for a change. In a blog post published today, Turoczy explains why PIE is shutting down its accelerator and no longer accepting new classes of startups.

“You see, despite some pretty kick-ass results, PIE was never meant to be an accelerator,” he wrote. “PIE was meant to be an incubator for on-going experiments.”

More from Turoczy, who noted that the accelerator was “neither a raving success nor a miserable failure”:

PIE incubates new ways for corporations and startups to work together. PIE tests how those with scale and resources can collaborate with innovators to create mutual value. PIE unlocks the tribal knowledge of entrepreneurial ecosystems to help build better founders — and help some of those founders (predominantly Portland founders) to be more successful. PIE fosters interesting services and technologies — and hopefully, makes it easier to start successful companies in Portland.

Turoczy, who also runs the Silicon Florist blog, added that PIE could continue running its accelerator with “relatively predictable” outcomes, but he and the organization want to keep experimenting — after all, that’s part of its original name. 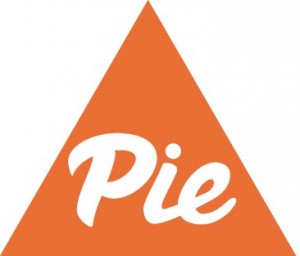 “We like to fix problems. We like to try new experiments. We like to make things difficult to make them interesting. Long story short, we like to start new things,” he wrote. “And so, even though it’s going to be scary and messy and rife with uncertainty, it’s time for the next phase of the experiment.”

PIE will continue to help Portland-based startups and the general Portland startup scene, but do so at a larger scale than in the past five years. It will work with groups like Startup PDX Challenge and Portland Startup Week while producing content to help entrepreneurs. Wieden+Kennedy will still be involved with PIE.

“We aren’t kicking back and taking a break,” Turoczy noted. “But we also haven’t hit ‘the big reveal’ yet. One effort, for example, has us focused on assisting our portfolio companies  —  helping us understand what growth stage startups need and how an accelerator might benefit that stage of startups. Another has been collaborating with other local and regional incubators and accelerators. Still another has been figuring out how the PIE model might be applied in other communities or industries. But there are a bunch of other things in the works, too.”

The Portland startup scene has come a long way since PIE was created and it’s been fun watching Portland grow as a startup city in that time. PDX is full of fast-growing startups — some that have already been scooped up by tech giants, others that are well on their way to huge success, and several more up-and-comers.

Along with the flurry of new startups, there is also a recent pattern of big tech companies like eBay, Salesforce, Google, Airbnb, and more setting up satellite offices in the region.

“It’s an awesome place to build a company,” Lumen Learning CEO Kim Thanos told us when we visited Portland in the Spring. “It’s the right size of city that has enough resources, but it’s not that same kind of competition for resources, attention, and focus you see in the Bay Area and Seattle.”

Other existing accelerators in the Portland area include Founders Pad, Forge Portland, Beaverton Startup Challenge, Portland State Business Accelerator, and the Jaguar Land Rover Incubator. You can see a list and map of Seattle-area accelerators and incubators here.