HANGZHOU, China — Alibaba, athletics, and American universities came together on Tuesday in China at the headquarters of one of the world’s largest technology companies.

Ahead of Saturday’s bout between the University of Washington and the University of Texas — the first regular season basketball game, NBA or NCAA, to be played in China — Alibaba welcomed student-athletes and dignitaries from each school to its main campus in Hangzhou, China, located 100 miles southwest of Shanghai.

The day started with an executive roundtable inside Alibaba’s “VIP room,” where Alibaba founder Jack Ma addressed the group. The 51-year-old and 18th-richest person in the world talked about how his own travels across the globe as a young man impacted the rest of his life. He hoped the same for the student-athletes participating in a bevy of cultural events before Saturday’s game. 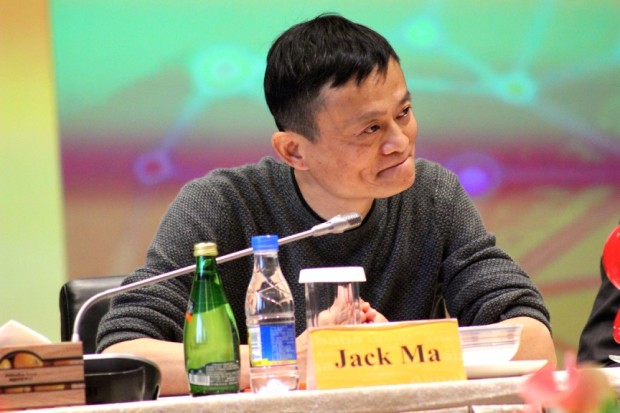 Ma also encouraged administrators from each school to encourage entrepreneurship and allow students to understand that failure is OK. He recalled failing multiple college entrance exams and being rejected for a managerial role at a newly-opened KFC in Hangzhou years ago. 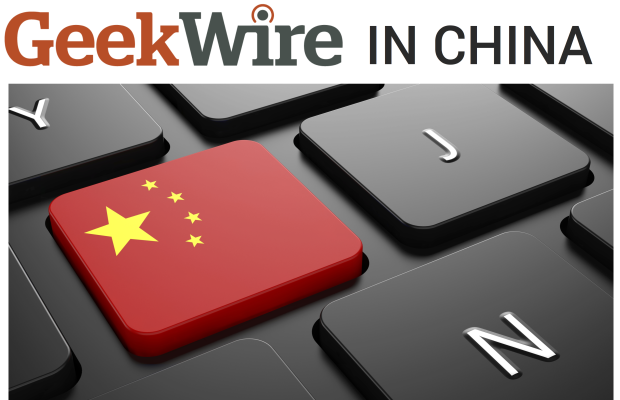 UW president Ana Mari Cauce sat next to Ma at the roundtable and told GeekWire afterward that Ma is a “perfect role model” for students in Seattle.

“Part of the message that we’re trying to give to our students is that to be a risk-taker, you can’t be afraid of failure,” said Cauce, who was also in Beijing earlier this week touting the UW’s partnership with Tsinghua University. “You have to be prepared to pick yourself back up. That’s Jack Ma’s story.”

Cauce added: “The values he holds really do run deep — both with the head and the heart.” 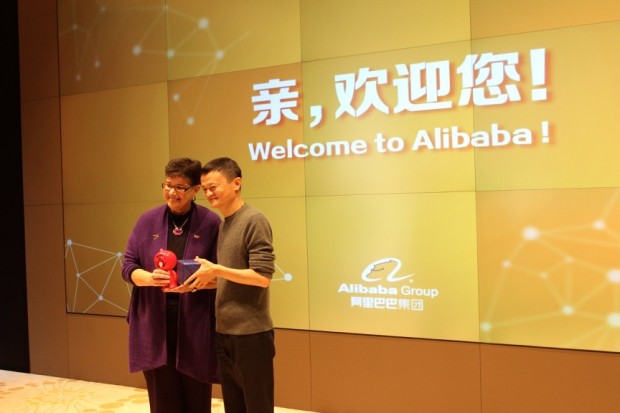 After the executive roundtable, players and coaches made their way over to a gym on Alibaba’s campus where they posed for pictures and each held a short practice with some of Alibaba’s 15,000 employees looking on.

Stay tuned for more reports from Alibaba, which is gearing up for its uber-popular “Singles Day” shopping bonanza on Wednesday, with sales expected to eclipse last year’s record of $9.3 billion. In the meantime, enjoy some more photos from today: 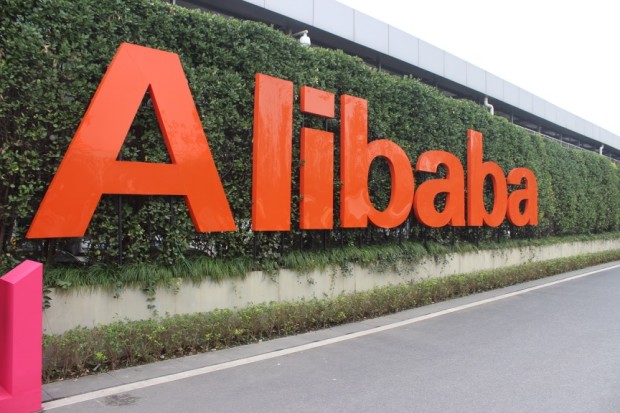