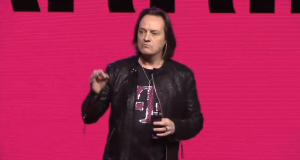 As a part of T-Mobile’s “Uncarrier 9.0” announcement today, the company revealed that people who subscribe to its Simple Choice plans can lock in the pricing for their wireless service for as long as they stay with the Bellevue-based company.

That “Un-contract” means people who take advantage of one of T-Mobile’s promotions – like its popular 4 lines for $100 plan – will be able to hold onto those deals for as long as they want.

“The other guys have been throwing out all kinds of desperate, short-term promotions to suck you in and lock you down − only to jack up rates later,” T-Mobile CEO John Legere said in a press release. “We’re not playing that game. The Un-contract is our promise to individuals, families and businesses of all sizes,  that − while your price may go down − it won’t go up.”

T-Mobile’s unlimited data plans aren’t eligible for the full guarantee, but people who sign up for them won’t see an increase in their rates for at least the first two years of their service.

In addition to the new pricing plan, T-Mobile also offered to pay off device payment plans for people who want to switch from another carrier but have their phone on a lease or installment plan like AT&T Next or Verizon Edge. Users trade in their old phone to T-Mobile, and they’ll get a payment of up to $650 per line to pay down their installment plan and pick up a new T-Mobile handset for up to 10 lines.

It’s similar to the company’s previously-announced “Contract Freedom” offer, which allows people to get a payment to help with their early termination fee when switching carriers.

Those announcements were the biggest pieces of news for consumers, but today’s event also included a new plan for small businesses that offers cheap rates for large numbers of phones.