The Seattle-based startup, which used multi-level marketing tactics to win customers for its mobile phone service, announced that it will shut down the company on Dec. 4.

In a webcast that aired on Thursday, Solavei CEO Ryan Wuerch explained that his company was not able to “reach terms with our current mobile service provider to continue providing quality, cost-effective service to our members.”

Solavei’s service ran on the backbone of T-Mobile’s nationwide 4G network. With its shutdown, Solavei is recommending that customers port their number to T-Mobile’s prepaid service, with special offers like the first month of free service and a $10 credit each month until June 2016.

In the video, Wuerch said that the past three years have “shown us a lot about how competitive and how costly it is to be a mobile service provider in the U.S.,” adding that the “competitive landscape of the mobile service industry” has forced Solavei to make a series of changes and “put an incredible strain on our company.”

“For those of you who are brand partners, that have been with us building a business with Solavei, this is incredibly challenging news,” Wuerch said in the video. “Frankly, the last couple of days have been the hardest, the most difficult of my business career. Because, what it means is we are now forced to stop all payments, commissions, and all future service under the Solavei brand. I never would have thought it.” 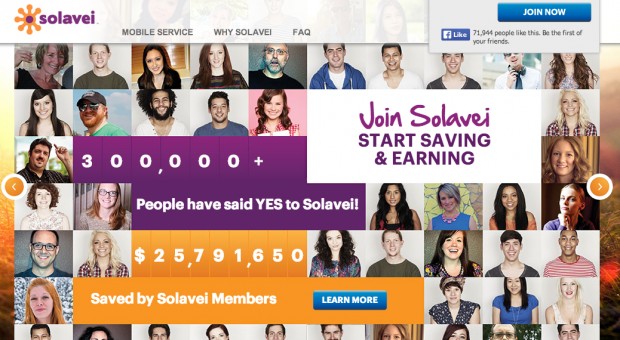 Solavei emerged on the scene three years ago with a high-profile list of investors, celebrity endorsers and an ambitious business model that relied on customers to spread the word about the company’s cellular phone service, earning cash along the way.

From the beginning, Solavei’s multi-level marketing approach drew criticism, sparking hundreds of comments on GeekWire. However, Rick White, the company’s co-founder, scoffed at critics who labeled Solavei a pyramid scheme, telling GeekWire in 2012 that Solavei planned to follow the rules associated with multilevel marketing companies.

“You’ve got a new era coming here where the whole phenomenon of social networking is making the idea of people-to-people marketing a lot different, and a lot more exciting than it used to be,” White said then. “If you are a multilevel marketer, there are some rules you have to follow and … we will follow all of those rules that apply to us. We really think we are doing something just a little different. We are trying to take a new era of social networking, and all of the tools we have available, and try to figure out a way to monetize that for consumers, not just the company.”

Here’s a quote from Wuerch back in 2012 when Solavei launched:

“We are going to make a difference in people’s lives by shifting billions of dollars from traditional mass-media advertising into the greatest advertising vehicle today – people. Solavei is the first company to create an economic linkage between mobile service, social commerce and social-networking technology.”

One year after it launched, Solavei posted impressive growth numbers, attracting 250,000 members while running on an annualized revenue run rate of $67 million as of October 2013.

However, in late 2013, some members of Solavei lashed out when the company decided to introduce a new rate plan that throttled how much cellular data they could use.

Then, in June 2014, Solavei filed for bankruptcy, and this past March the company announced a plan to merge with Netherlands-based Aspider as it emerged from Chapter 11 bankruptcy proceedings.

In the midst of the bankruptcy proceedings, the company welcomed Solavei Presidential Director Staci Wallace — Wuerch’s sister — into its “Solavei Mercedes Club.” In a video announcing Wallace’s new position, Wuerch said the new Mercedes represents the “tens of thousands of people’s lives that have been positively impacted.”

Wuerch is the former CEO of Motricity, which also fell on tough times back in 2012.

“Through all of it, we created tremendous memories and we have survived together,” Wuerch said in the video posted this week. “I think back to October of 2011, when I had the first vision for Solavei — the vision to see people’s lives positively impacted. The mission of a company to make commerce less expensive and yet profitable, to do what no other company had done before, by moving advertising dollars from the system to individuals’ lives to where they could be positively impacted.”

Wuerch said that throughout its history, Solavei signed up more than 400,000 customers and paid out more than $35 million to its members.

“I wanted to build a company with people that I like, love, and trust,” Wuerch said in the video. “And I today sit here with the greatest reward that is far greater than any dollar could ever produce. I can say today that you have given me that, my family that, the executives team that, the investors that, over the course of the last three years. For that, I will be forever, forever indebted to each and every one of you.

“Thank you, I appreciate you, and I look forward to seeing the great, great reports of what you are going to do in the future as you create great success and use this moment to see your lives and others forever changed,” he continued. “Thank you, and God Bless.”

We’ve reached out to Solavei and T-Mobile for more details and will update this post when we hear back.