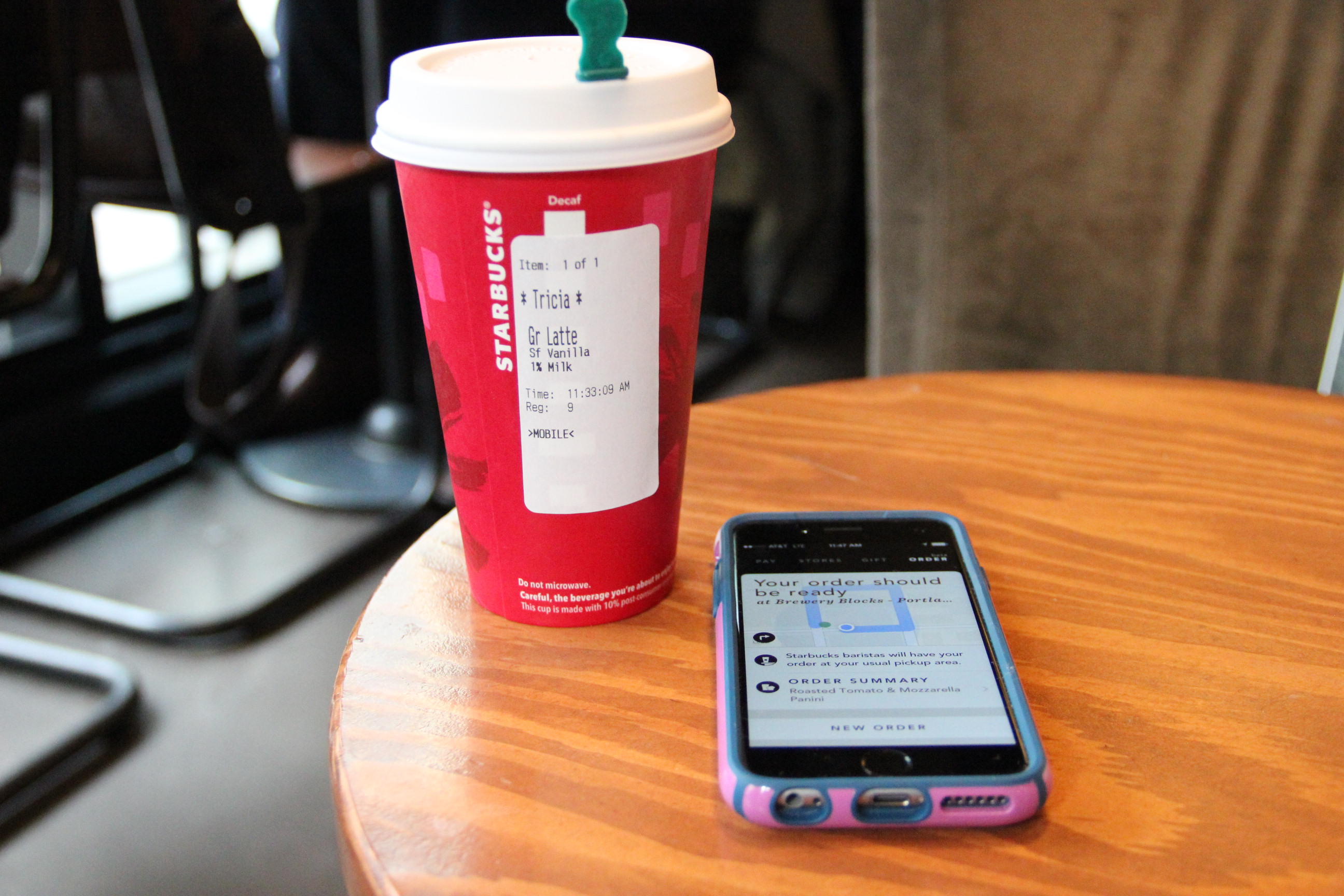 Starbucks is utilizing mobile technology to increase business and customer engagement better than any other company in the food and beverage industry.

That was the message executives shared on Thursday after the Seattle-based coffee giant met analyst expectations for its fiscal fourth quarter earnings report, posting a record $4.9 billion in revenue and $969 million in profits.

This past December, Starbucks began rolling out its new mobile ordering service that allows customers to skip the line by ordering in advance from their phone. The feature went live across the entire U.S. last month, covering more than 7,400 stores, and is also being tested in Canada and the U.K. 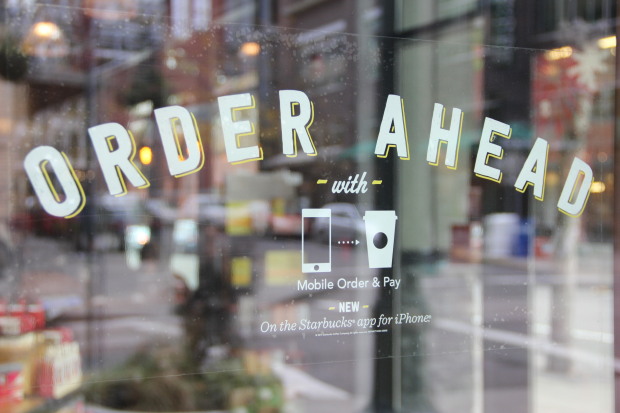 Starbucks executives gushed about the service on Thursday’s earnings call, noting that there are already five million transactions per month from customers using Mobile Order & Pay.

“It has been incredible to see the adoption by customers across the country,” said Cliff Burrows, president of Starbucks’ North America operations. “With each wave that we launch, the ramp rate has been quicker for adoption.” 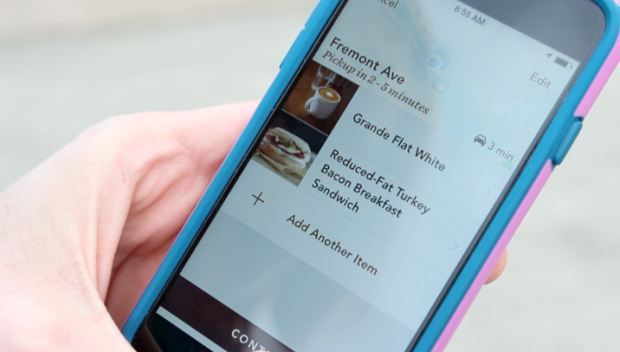 “This is an example of how pleased our customers and partners are with Mobile Order & Pay,” he said. “We are seeing conversion rates and customer satisfaction scores from trials like we’ve never seen before.”

Brotman said that Starbucks will unveil new features in the first half of 2016 for the order-ahead service, including “suggested selling and pairing,” which will recommend items for customers to purchase, and “favorite stores and favorite orders.” There is also work being done to improve the estimated pickup time algorithm and accurate store inventory availability, he added.

“This is just the beginning of what we’re doing to improve not only adoption, but the experience,” Brotman said.

Starbucks, which recently hired a new CTO from Adobe, also said on Thursday that purchases made using a mobile device — those that buy items at the register with their smartphone — accounted for 21 percent of all transactions thus far in October. That number is separate from those that used the Mobile Order & Pay feature.

Kevin Johnson, the company’s president and COO, said that Starbucks is leading the way in the food and beverage industry as far as utilizing new technology and specifically mobile.

“In my 34 years in the tech industry, it is difficult to point to another instance where an in-store experience has been extended to a digital experience in such a seamless and elegant manner,” he said. “Many others in the industry are now trying to follow in the footsteps by building a mobile app. From what I’ve observed in the market, Starbucks has built something that is differentiated from all of the others. Where others are attempting to build a mobile app, Starbucks has built an end-to-end consumer digital platform anchored around loyalty.”

“Where others are attempting to build a mobile app, Starbucks has built an end-to-end consumer digital platform anchored around loyalty.”

Brotman added that a service like Mobile Order & Pay is part of a broader platform that includes Starbucks’ loyalty rewards program, which grew its U.S. customer base by 28 percent year over year.

“No other consumer retailer has put together a platform like this, and Mobile Order & Pay is proving out what we thought,” he said. “Which is, when you get the flywheel effect of such a successful platform, you see the results that you see from Mobile, Order & Pay.”

Another part of that platform is partnerships Starbucks has begun to ink with companies like Lyft that let people earn Starbucks credit when spending money with other companies. Matt Ryan, Starbucks’ global chief strategy officer, said that “we have only just begun with our partnership business.” 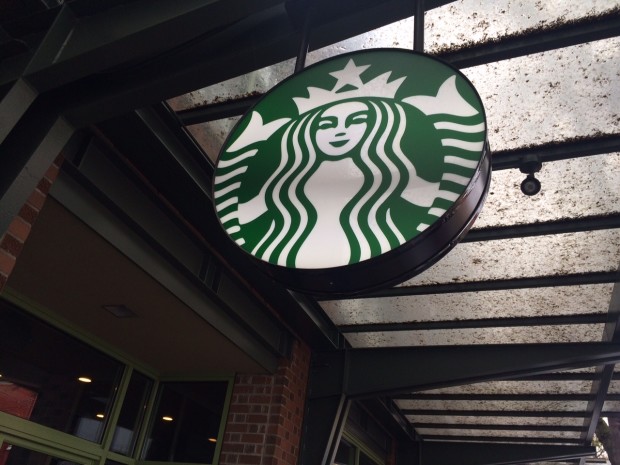 “There are many more to come,” he said. “We are in the process of building capability to offer [reward points] everywhere.”

Starbucks CEO Howard Schultz noted that the company, which is also rolling out a delivery service in partnership with Postmates, made a commitment two years ago to “seamlessly integrate the Starbucks experience with all things mobile.”

“Starbucks has a physical asset almost second-to-none, and when you combine that with what we’ve been able to do in leveraging that with a seamless digital mobile experience, we are in a very unique position to win,” Schultz said. “I would say we are as hungry today as we were two years ago when we recognized a problem and were challenged by it.”

Schultz added that “we do believe we are in a position where we are in almost every single community in America, and you can almost make that statement for the world.”

“Never in our 23 years as a public company has the Starbucks brand or our business been more relevant or been stronger, and nor have our aspirations and the opportunities that lie ahead of us,” he said.