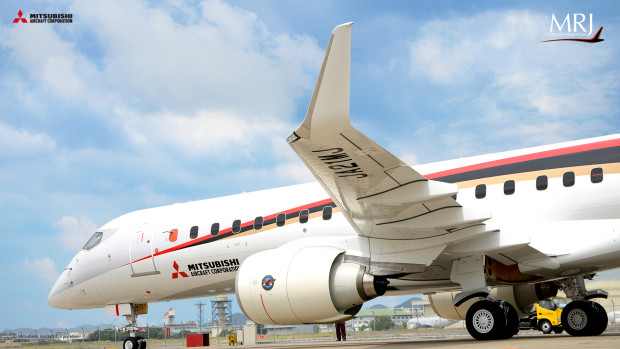 Check out GeekWire's list of Seattle-Area Engineering Centers established by out-of-town companies.
But this one won’t look like the many other engineering outposts we’ve seen pop up around town from tech companies like Uber and Dropbox.

Mitsubishi Aircraft, which is an arm of the famous Japanese automaker, will employ about 150 engineers who will help analyze test flight data for the new Mitsubishi Regional Jet, or MRJ.

The new jet model will be tested in Moses Lake, Wash. beginning next year before reaching commercial airlines. All that data will then make its way to Seattle.

The MRJ is a smaller jet, with four seats across. The company says it hopes the new aircraft will raise the bar on fuel consumption, noise levels and emissions.

“From the components that are being provided by our suppliers to the team that will be in the air and on the ground in Moses Lake once flight testing begins to the scores of engineers working in this new Seattle office, the MRJ will have a profound impact on the economy of Washington State,” Gov. Jay Inslee said in a press release announcing the new office. “We look forward to continuing our support for the MRJ and seeing how our relationship with Mitsubishi Aircraft Corporation can grow even further.”