Dropbox officially opened its new Seattle engineering office this week, and walking into the office, there’s no mistaking the location. The space, high up in Seattle’s Columbia Center skyscraper, features picturesque views of Mt. Rainier, the Space Needle, Elliott Bay and every other major regional landmark.

“Wow, is that downtown Bellevue over there?” someone asked at one point during a tour on Tuesday afternoon. Yes, it sure was.

The office in the sky, with an open floor plan and a Northwest color palette, is a perk for new employees, and it doubles as a pitch for the company’s product ethos: It’s clean, simple and it just works, as they say.

But Dropbox leaders aren’t spending a lot of time enjoying the view. The San Francisco-based cloud storage and collaboration powerhouse been busy making key hires and building out the new Seattle office to play a key role in the company’s broader strategy.

Employees have joined the new Dropbox office from companies including Amazon, Microsoft, Google and Facebook. Based on the composition of the office so far, Dropbox’s work in Seattle includes the company’s payments infrastructure and further development of the Dropbox platform.

Dropbox first announced plans for the office in December. As of this week, Dropbox has about 15 employees based in the Seattle engineering office. The 13,000-square-foot space on the 64th floor of Columbia Center gives the company room to grow to about 50 people.

The head of engineering for Dropbox Seattle is Viraj Mody, the co-founder of Audiogalaxy, who joined the company in 2012. Others based in the office include Moin Moinuddin, the Dropbox head of global payments, who joined the company after a long career at Microsoft; and engineer Chris Rude, a former VMware regional leader who has also joined Dropbox.

“They’re folks who can really provide the bedrock for creating a long-term culture in Seattle, which is really meaningful to me,” said Aditya Agarwal, Dropbox vice president of engineering, in an interview at the office this week.

Dropbox is competing for talent against not only Seattle’s homegrown tech companies but also against dozens of other California-based companies that have opened offices in the Seattle region in recent years. Based on its hiring so far, Dropbox is finding that Seattle’s heritage in platforms and operating systems meshes well with its mission, Agarwal said.

“We’ve been really impressed with the quality of the incredible talent in Seattle,” he said. “That was the hypothesis coming in. The reason to come to Seattle was that we had these amazing engineers here who would be resonant with our mission. But the response so far has blown us away.”

Here’s a gallery of our pictures from inside the office. 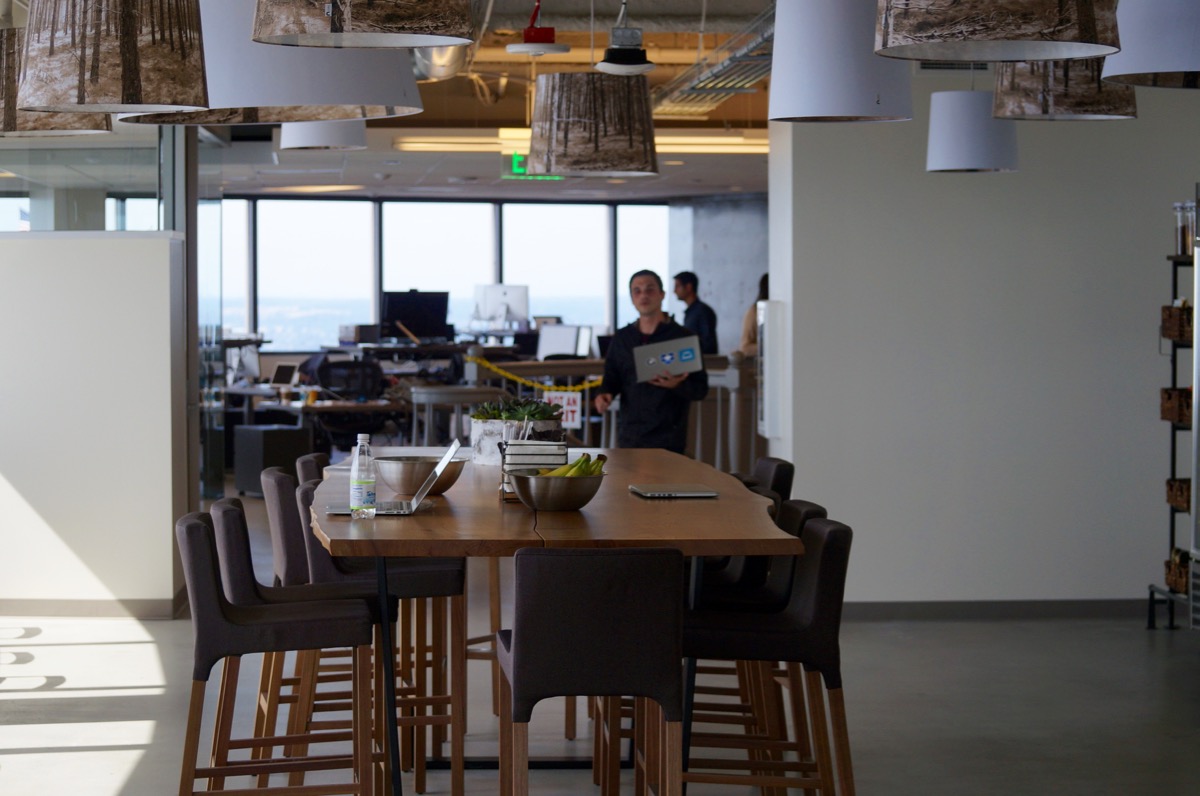 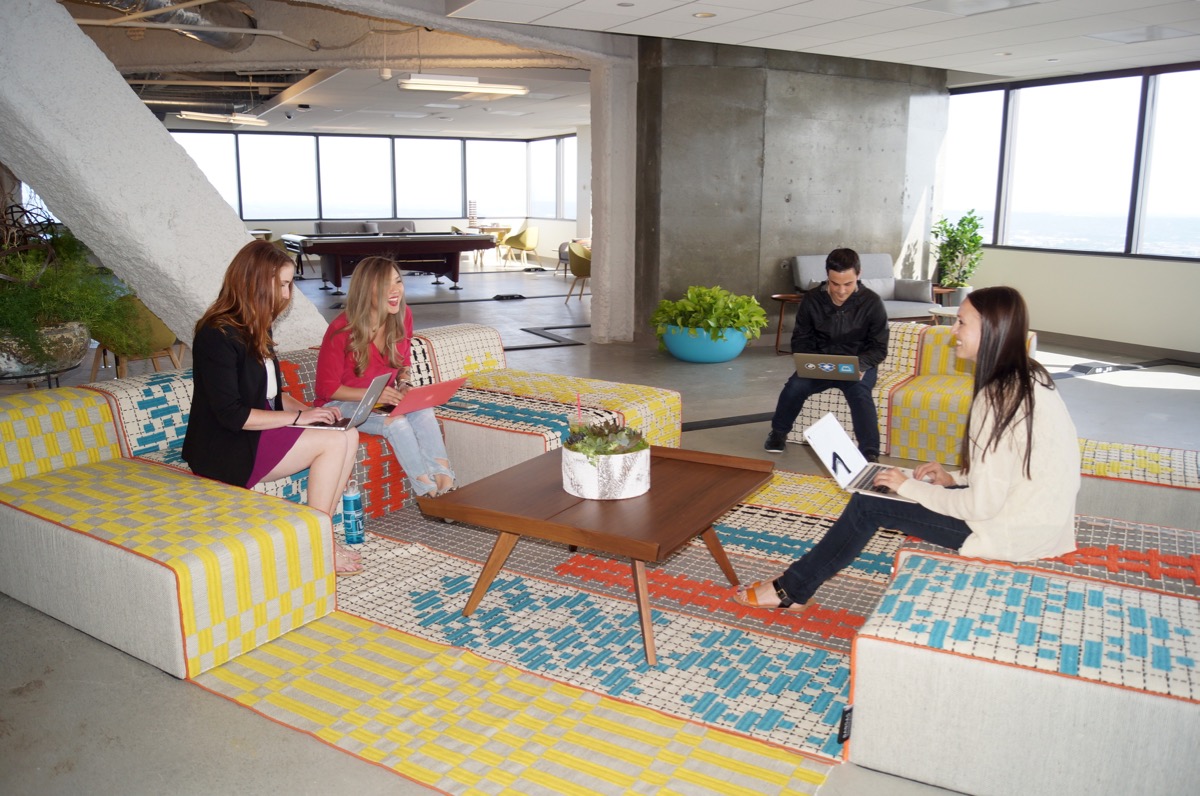 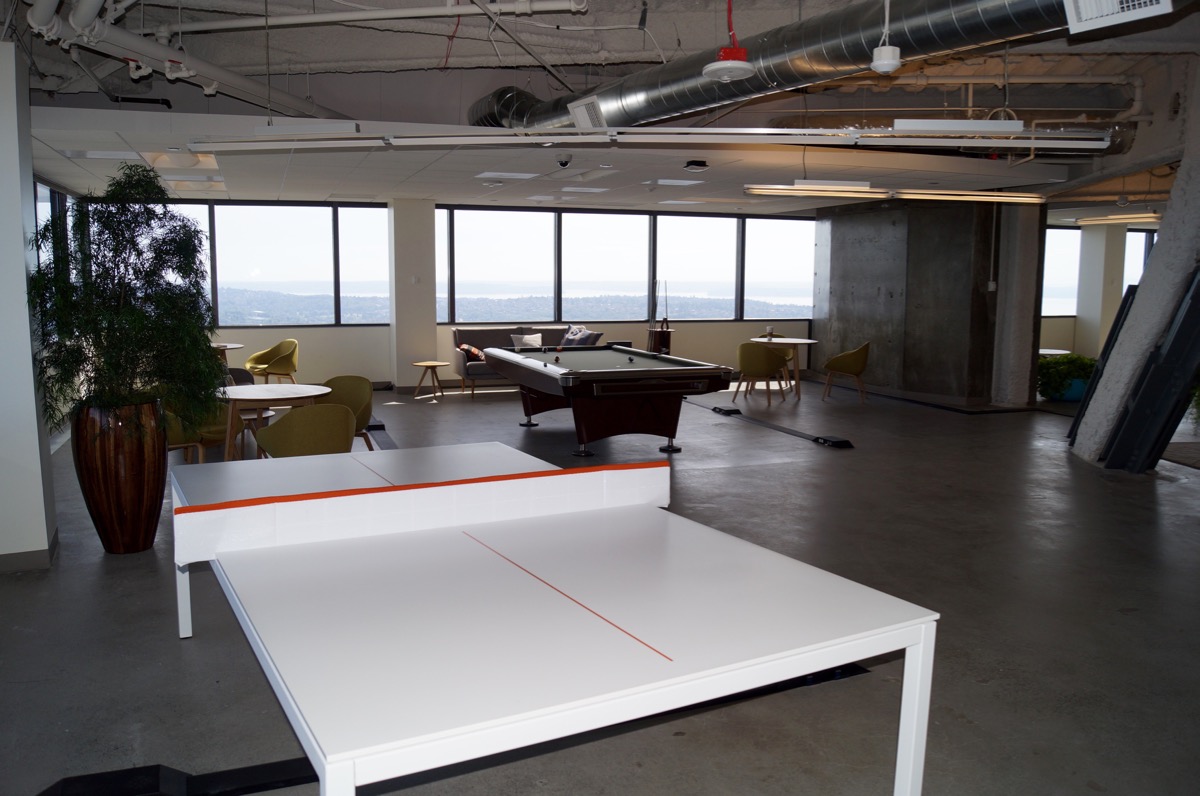 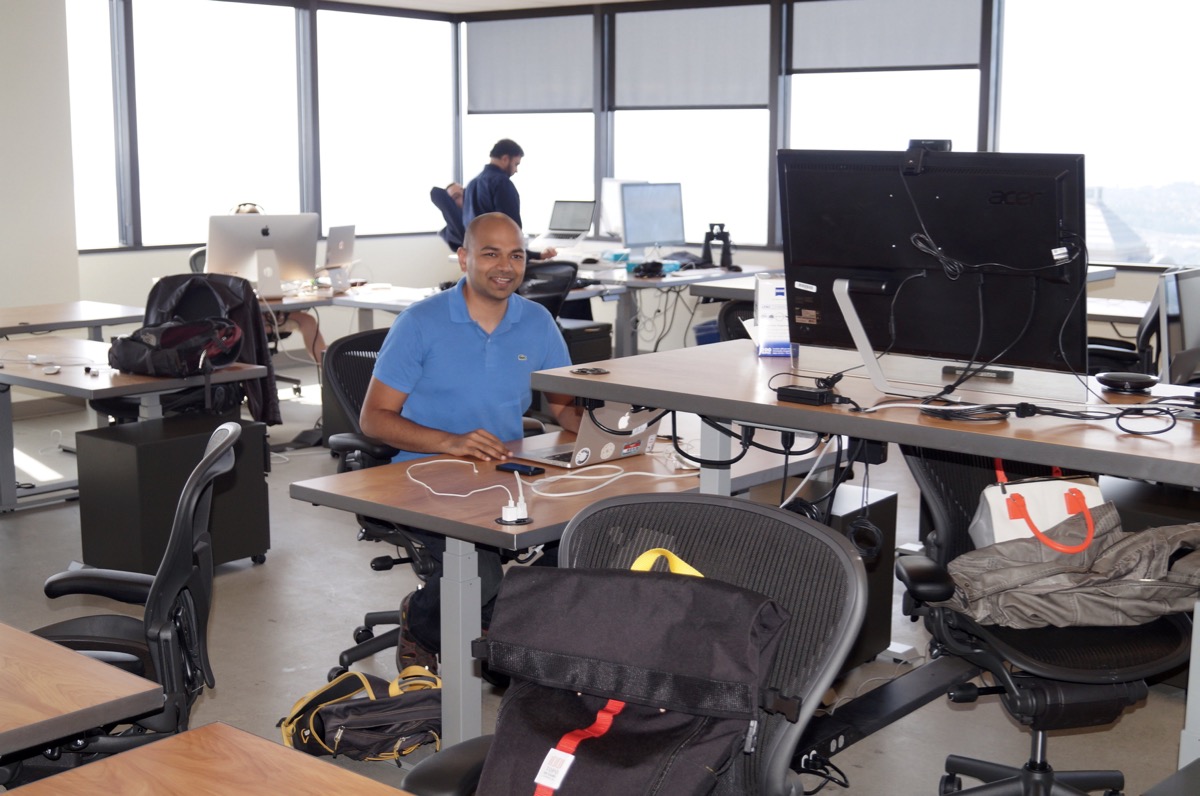 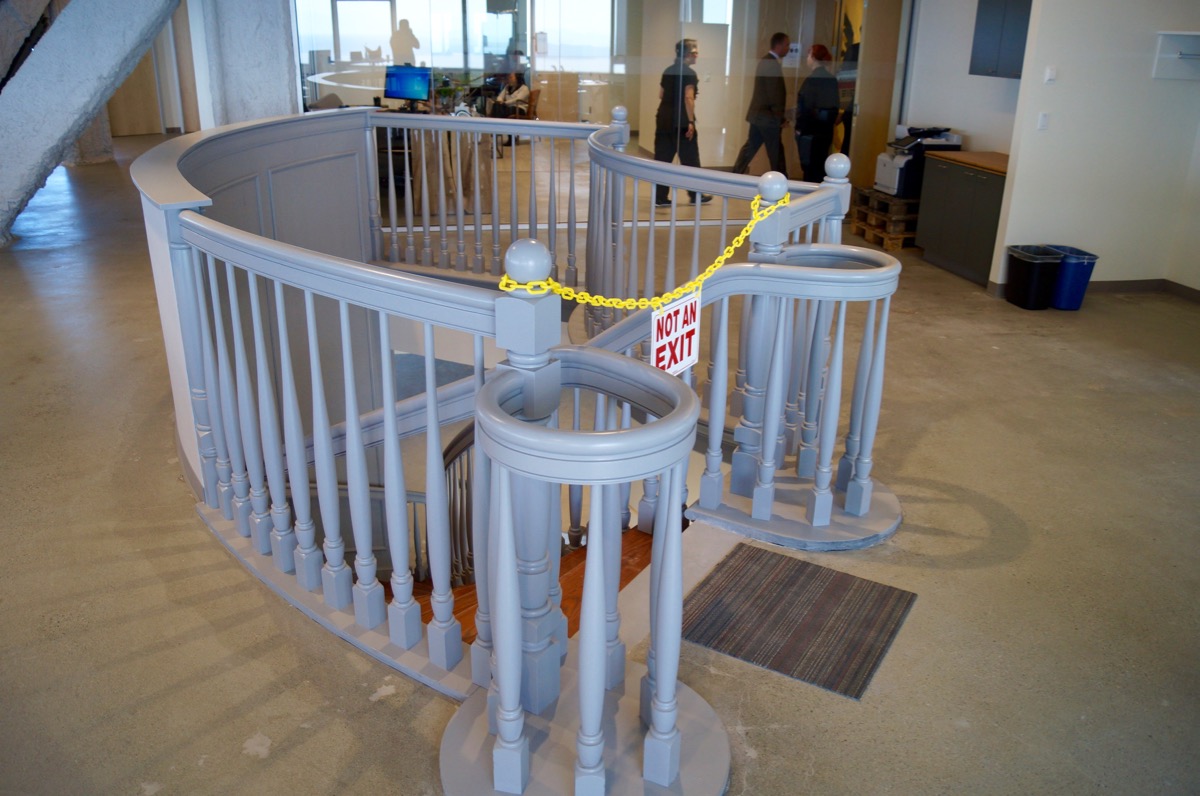 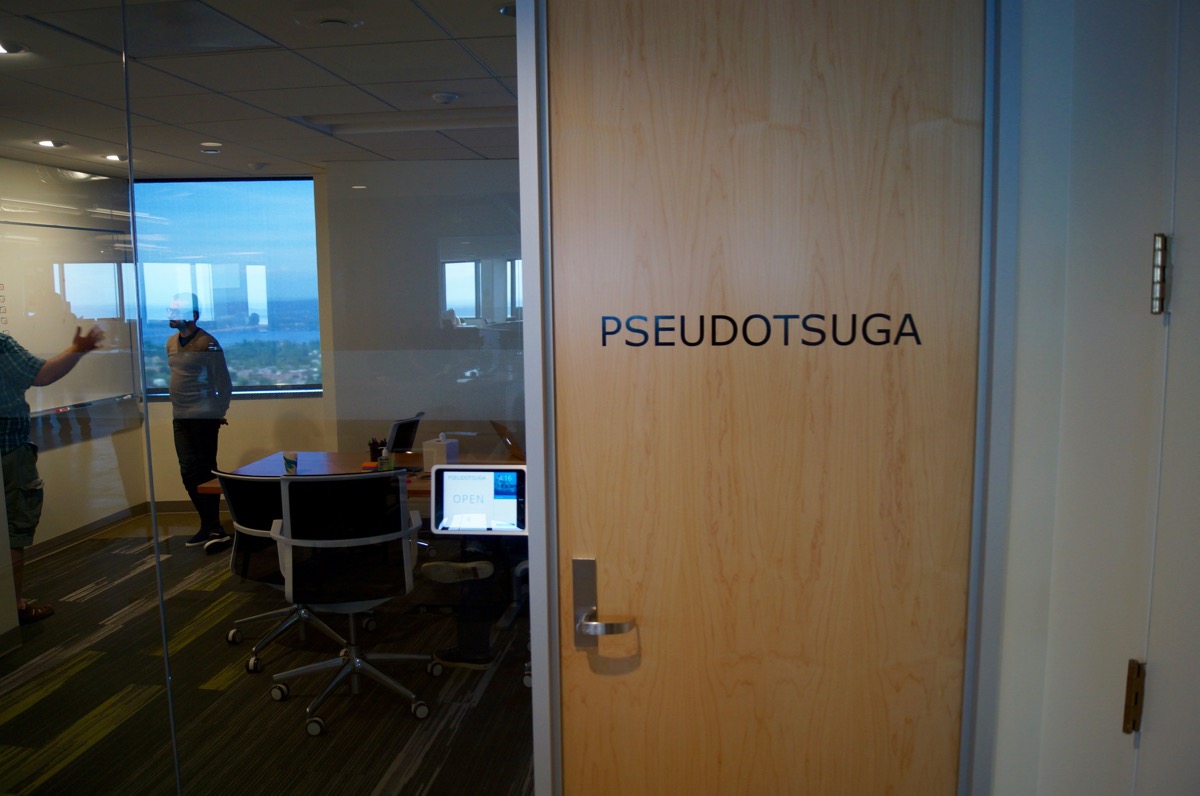 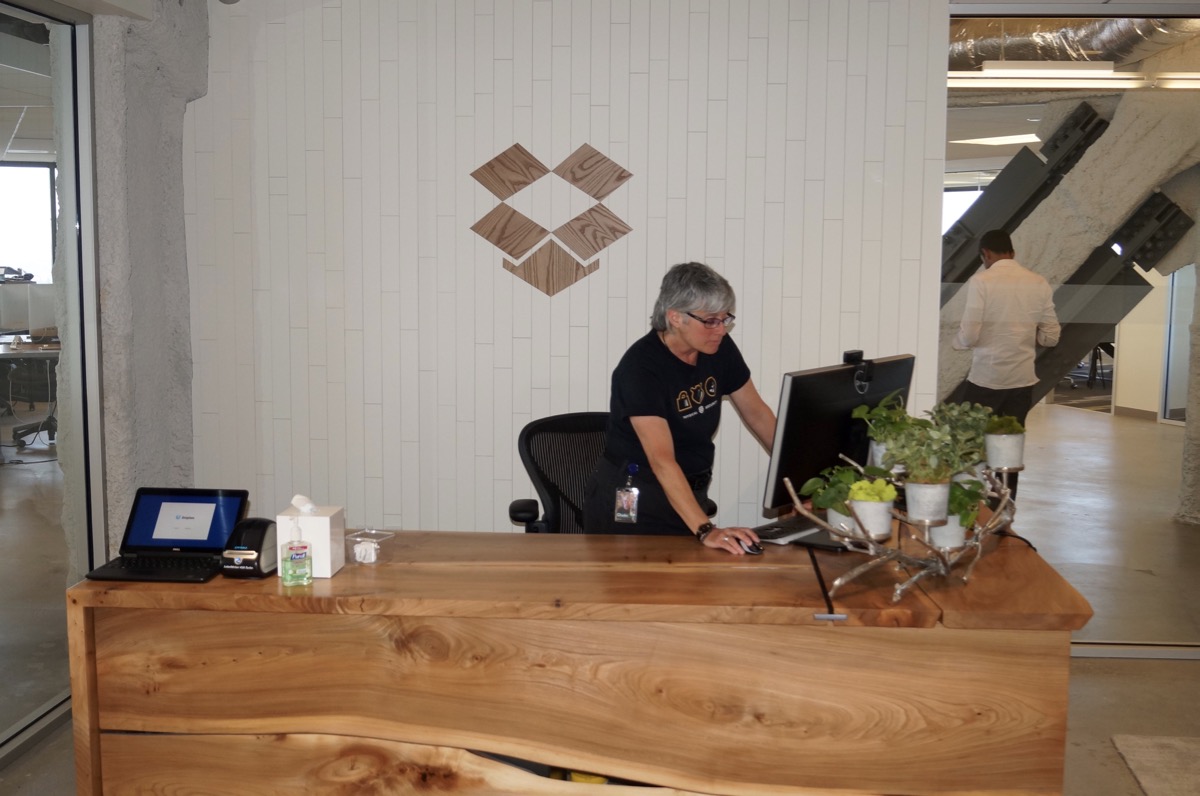 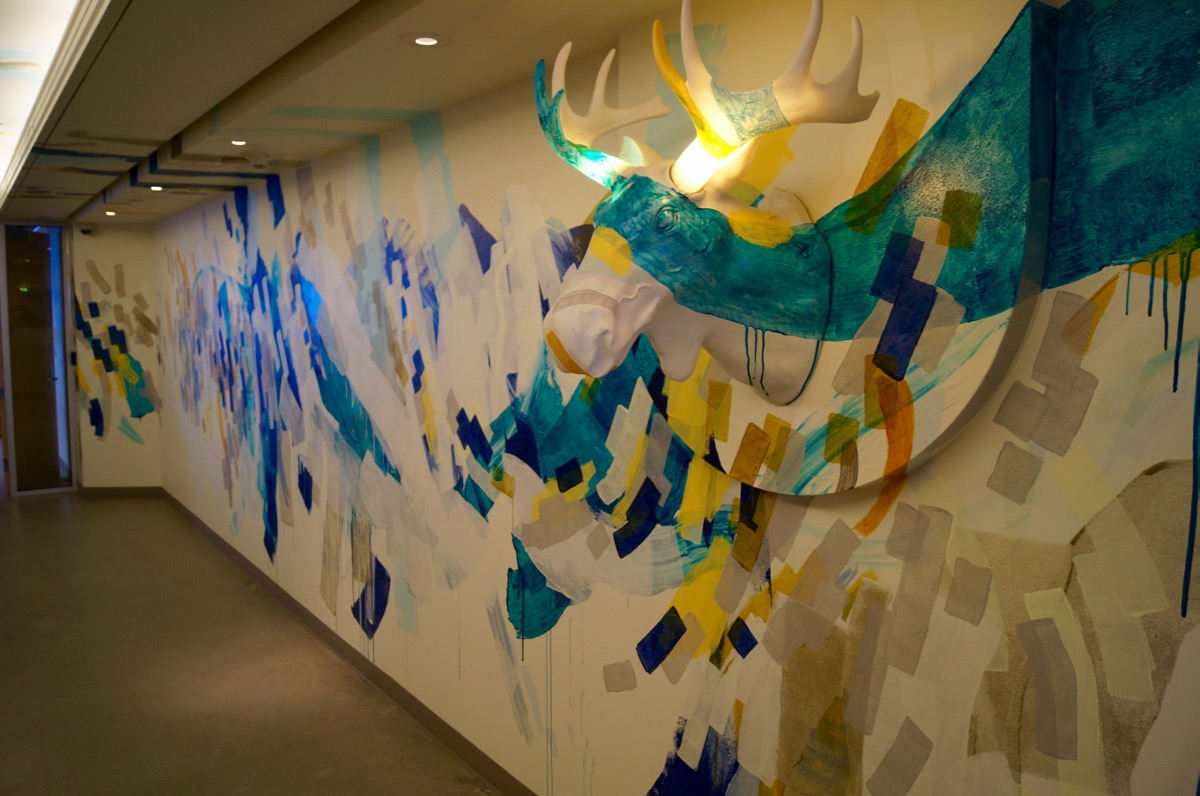 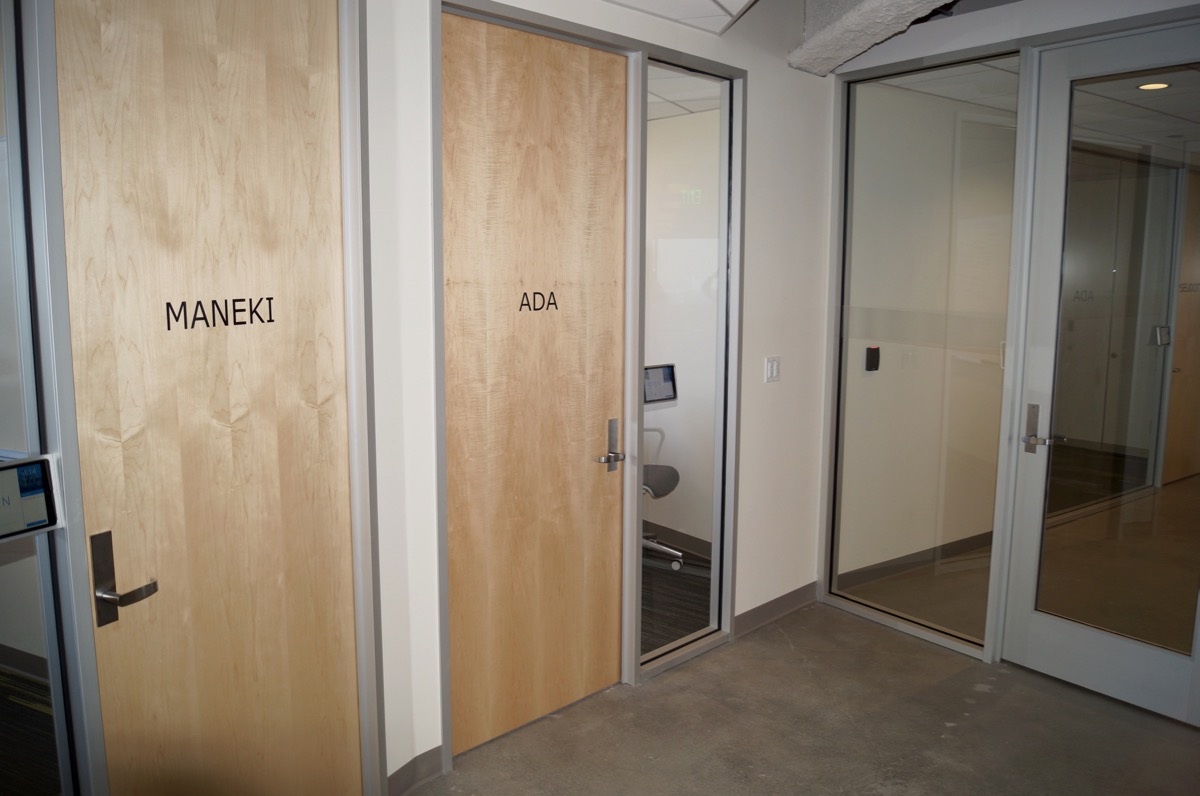 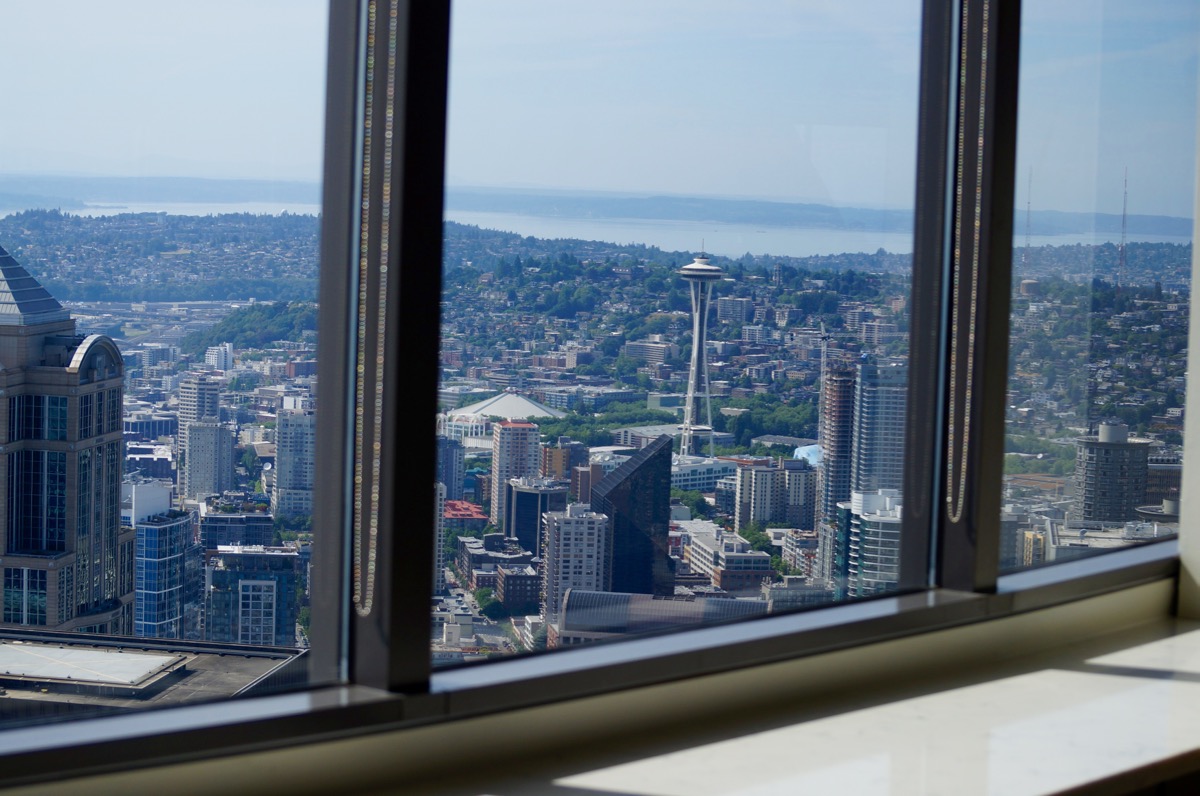 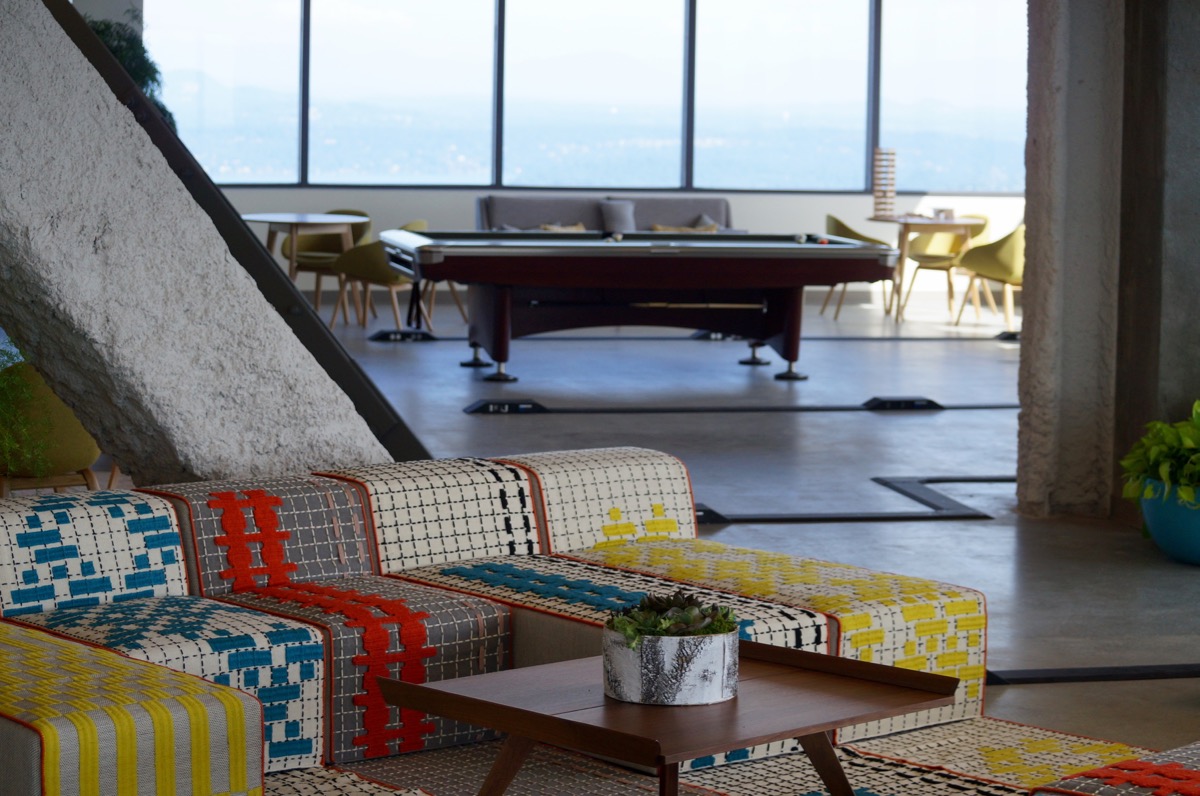 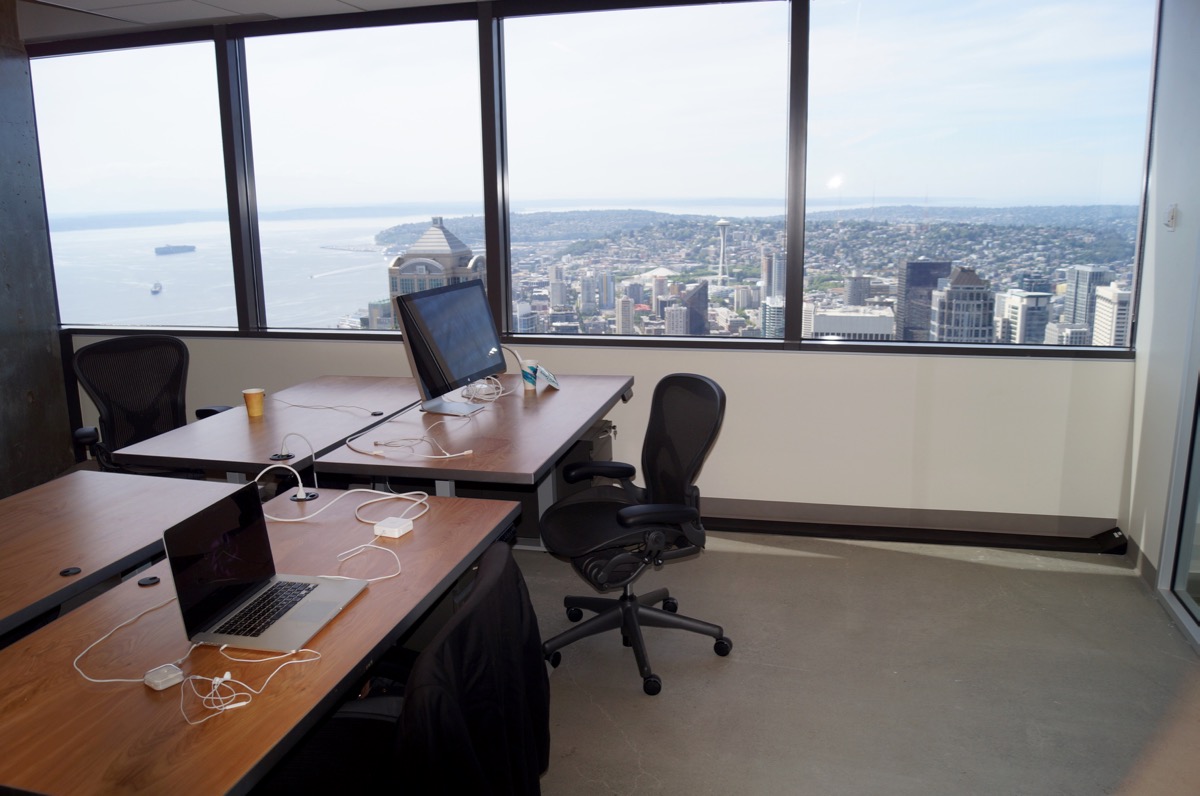 The office was designed in collaboration with JPC Architects. The mural was painted over an existing moose head in the corridor by artist Heather Day, a Dropbox Pro user. Despite speculation about a potential IPO, we did our best not to infer any meaning from the “NOT AN EXIT” sign on the internal stairwell. In some cases, the conference room names are inside jokes, and in others they are meant to be Googled.