Sports and Microsoft’s technology met this weekend at the 2015 Men’s World Squash Championship in Bellevue, Wash.

The world’s top 50 male squash players spent the past week competing against each other at the annual tournament, which was held in the U.S. for the first time ever and just a few minutes away from Microsoft’s headquarters in Redmond.

Microsoft implemented some neat technology that gave fans more insight into the players and each matchup. The tech giant utilized its cloud-based Power BI platform, primarily used by businesses to visualize and analyze data, to create live brackets that let users see historical data, past win/loss records, rankings, country of origin, birthplace, and more relevant information for each player and matchup. 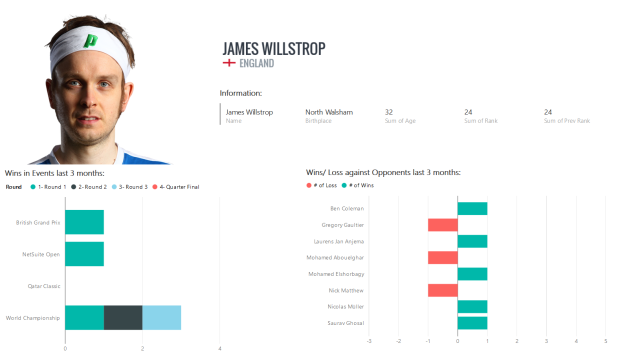 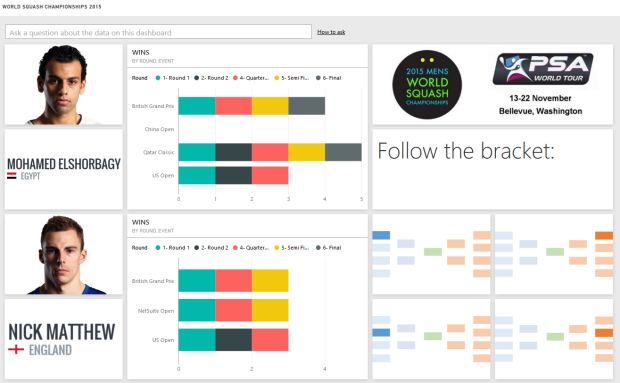 Microsoft also had two players wear its fitness tracker, the Microsoft Band, during a practice match before the actual tournament started. The company was able to visualize data related to key health-related vitals like heart rate and other metrics like skin temperature and movement velocity throughout the match.

“This kind of data is really important and it’s an important tool that we even use as professionals, because the more details you have, the more accurate you are in your training and the better you perform,” France’s Gregory Gaultier, who used the Band during practice and eventually won first place, said in this video. “At the end of the day, becoming No. 1 is about the small details that make the difference.” 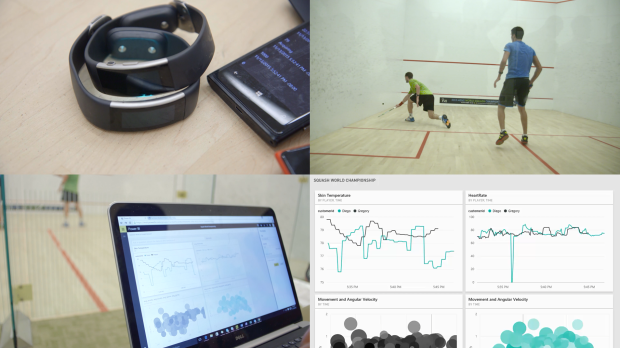 This is certainly not Microsoft’s first time implementing its technology in the sports world. The company has lucrative deals with leagues like the NFL and teams like Real Madrid, both of which are using Microsoft software and hardware in a variety of ways. Other examples include Microsoft Bing technology used to predict the outcomes of sporting events, or the company’s NFL app which now shows innovative stats like player speed (MPH) and total distance run.