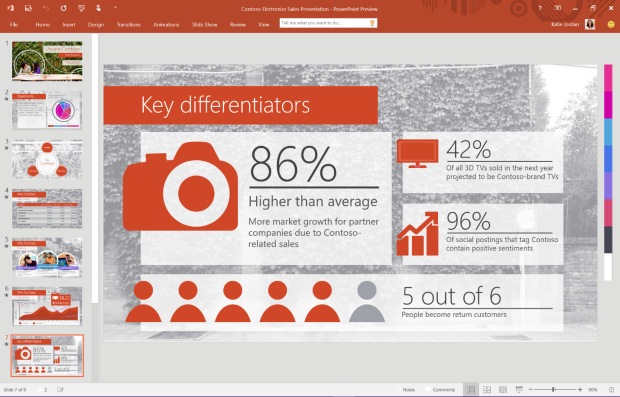 Microsoft’s Office 2016 is almost here. According to a post on the Office 365 blog, the productivity suite will be “broadly available” on Sept. 22.

Just like Windows 10 and other recent Microsoft software updates, Office 2016 has been in a public beta for months before its launch. New features include improved collaborative editing and syncing as Microsoft pushes to improve its cloud offerings. Many of the co-editing features have been available for Office Online for a while, but this is their first appearance in the native desktop apps.

Word, PowerPoint and Excel are also getting better help features. Users will be able to type in questions phrased naturally and Microsoft’s machine learning backend will help find the right answers, allowing novice users to harness the full power of the Office suite.

IT departments should also see some improvement, which today’s announcement post focused on. Office 2016 will have an improved update model for enterprise users and more resources and tools for admins.