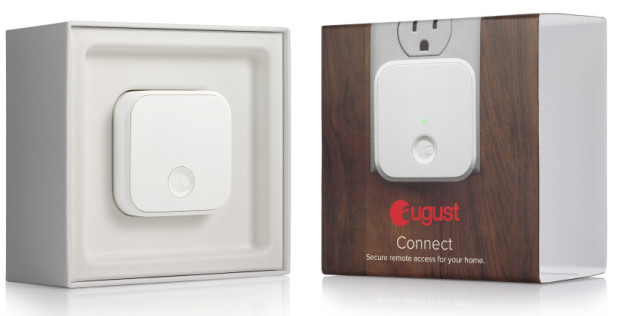 August, the Maveron-backed Smart Lock maker, just announced a new product at CES that makes it easier for people to control access to their home from afar.

The August Connect is a small device that connects one of the company’s locks to the web, so users can lock and unlock their door wherever they have an internet connection. In addition, they can also view a real-time log of when the lock has been opened and closed to track when other people are coming and going from the house. 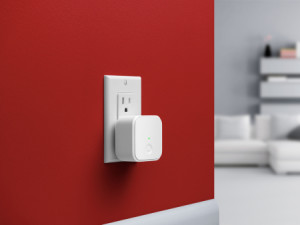 It’s an expansion of the Smart Lock, a device that installs on the inside of a user’s front door, and allows them to open the lock with their Bluetooth-enabled smartphone. Without the Connect, users will have to physically be at their front door in order to trigger the lock.

Connecting a Smart Lock to the web also gives users the ability to connect it with other smart home devices. Earlier this week, August announced that it has partnered with Nest so users can tell their thermostat that they’re home just by unlocking the door. 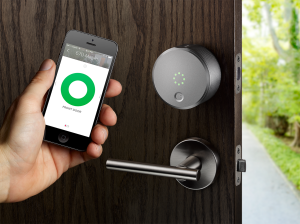 Of course, the August Connect comes with a key drawback: people who use it will be connecting the security of their home to the web. August says that the whole system is secure, but it’s still a risk.

The August Connect costs $49, and has to be plugged into a power outlet within range of the Smart Lock’s Bluetooth connection in order to function. Pre-orders are open now, and the device is slated to ship in mid-February.